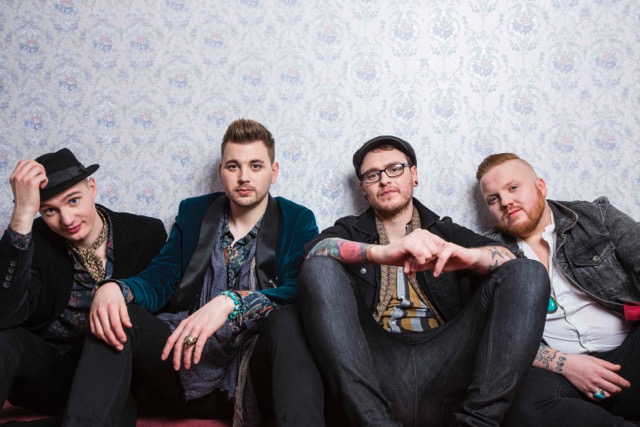 This week I’ve been listening to a great new track from a band that I can’t help but describe as ‘the British Fall Out Boy.’ Drawing comparisons to the pop-rock legends that are FOB is quite some claim, yet Stourbridge rockers Of Kings and Captains have a special sound that you can’t help but enjoy and singalong to.

With vocals that draw obvious parallels with the Chicago rockers’ frontman Patrick Stump, they’ve created an exciting brand of poppy punk-rock that makes them effortlessly easy to listen to.

The band have been together for around four years but really made traction this year, securing support with the likes of Reef, Kids In Glass Houses, The Fratellis and, I kid you not, Bon Jovi in the last 12 months.

The band has just released new single Ain’t Got The Heart, and we love it. It kicks off with a funky little guitar riff that’s joined by a big crash of drums and leads into a heavily FOB-esque verse. A big drum roll leads us into a raucous, catchy chorus, while the song rounds out with a cool little guitar solo and final chorus. Its big guitar riffs, fun vocals and smashing drums make this a track that’s difficult not to enjoy.

The lyrics are fun and equally FOB-like by focusing mainly on girls, with lines like “I know she’s on Twitter ‘cos I check it twice a day,” as the song laments being interested in someone that you’re not sure likes you back.

Speaking of the track, lead singer Luke Wassell said: “Ain’t Got The Heart is a song about the awkwardness that comes from not being sure how someone else feels about you. When they’re on your mind all the time, but you’re not sure you’re on theirs, it is basically about not having the nerve to ‘make a move’ and the risk of being rejected.”

Looking ahead to 2017, Of Kings and Captains will be writing and recording new material followed by a series of gigs across the UK. We’ll certainly be looking forward to hearing more from this fun band over the next few months.