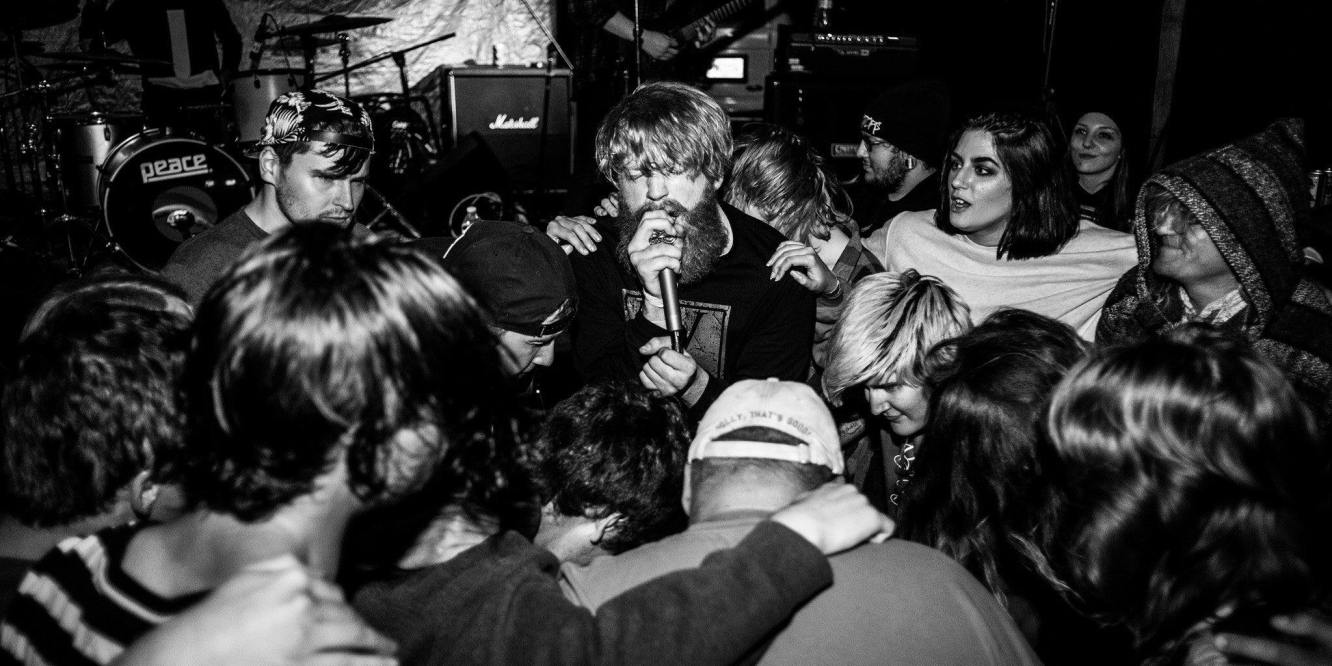 It’s always great to hear amazing stories about how people have turned their lives around by getting involved in and creating music. That’s the case for lead singer of Wisconsin hardcore act Milestones, Aaron Holstein, who used music as a release to get out of tough times and has come out of it stronger on the other side – and is making some pretty awesome music too.

Aaron told us: “I personally got involved with music because my life was in complete disarray as a kid, so I’ve always used this as my outlet for all my issues, from my drug addiction and my severe depression. It’s always helped me cope with it and part of the reason why I’ve been sober for as long as I have been is because of this band.

“I’m not saying my life is this horrible mess but I have been through things in life that not a lot of people struggle through. It’s a lot about battling sobriety through the years, dealing with the effects first hand of what my drug addiction has done to my family and my friends. I’ve written a lot of songs about losing my friends to drugs, suicide, and other things. That’s what I think draws people to us, it’s how relatable our music is and how personal lyrically I make it. When I’m on stage my life is an open book for all to read.”

The band draws collective influence from the likes of Being As An Ocean and Silent Planet to August Burns Red, Whitechapel and everything in between. This culminated in last year’s EP Reborn, which opens up with the brilliantly named Brendan Fraser’s Excellent Adventure. It begins with a funky little guitar riff, which is soon joined by huge guitar chords and drums, before a heavier version of the riff as Aaron’s massive vocals dive in at full pelt. It’ll compel you to bang your head as hard as you can, with big, immensely heavy driving riffs and an awesome stodgy guitar outro after some insanely heavy grunts.

Final Goodbyes also opens up with clean guitars along with clean vocals before launching into big screamed vocals and heavy guitars alongside the original clean riff, which pops up throughout the track. Check it out in the video below:

The unique vocals are present throughout the final track on the EP, Reborn, supported by more huge, low-tuned chugging guitar chords. This track certainly shows Milestones at their heaviest, with massive cymbal smashes throughout and a wild musical blast that brings it to a great head-banging end.

The band has found a few issues – namely the bigger band of the same name from the UK – but this is a really fun band that has created an engaging brand of heavy, post-hardcore music – which has led to them leading their Facebook bio with the phrase “See us live, we go crazy.” Obviously we had to know more.

Aaron said: “You can expect a lot of high energy and emotional intimate moments with fans. We are completely different people on stage than off stage, we take out all our frustrations and bad days on that stage and leave it there. If there is a stage, Aaron will get off and get in the middle of everyone. There’s an infamous picture of a festival we play in Houghton, MI where Aaron got off the stage and everyone gathered around for our song Final Goodbye. That picture (see left) shows what we are all about.”

Milestones are the first band we’ve spoken to from Wisconsin, so we asked Aaron to give us a view of rock scene over there. He said: “Well in our town (Sheboygan) there isn’t really a scene for our music so we travel a lot to Milwaukee to play shows. In Wisconsin we have very humble people that support their local scene and love every minute of local shows. On the other hand, there are certain people at certain places that cause issues just to cause issues or will judge your every move on stage, but that doesn’t make it bad. The local scene everywhere has been divided in one way or another.”

There’s plenty to come from Milestones this year. Aaron told us: “We have so much in store for this year. We have a tour in August, recording our album, new merch, a music video or two. The list goes on. With all that being said we’ll be doing most of this under a different name, so keep an eye out on all our social media pages for info.”