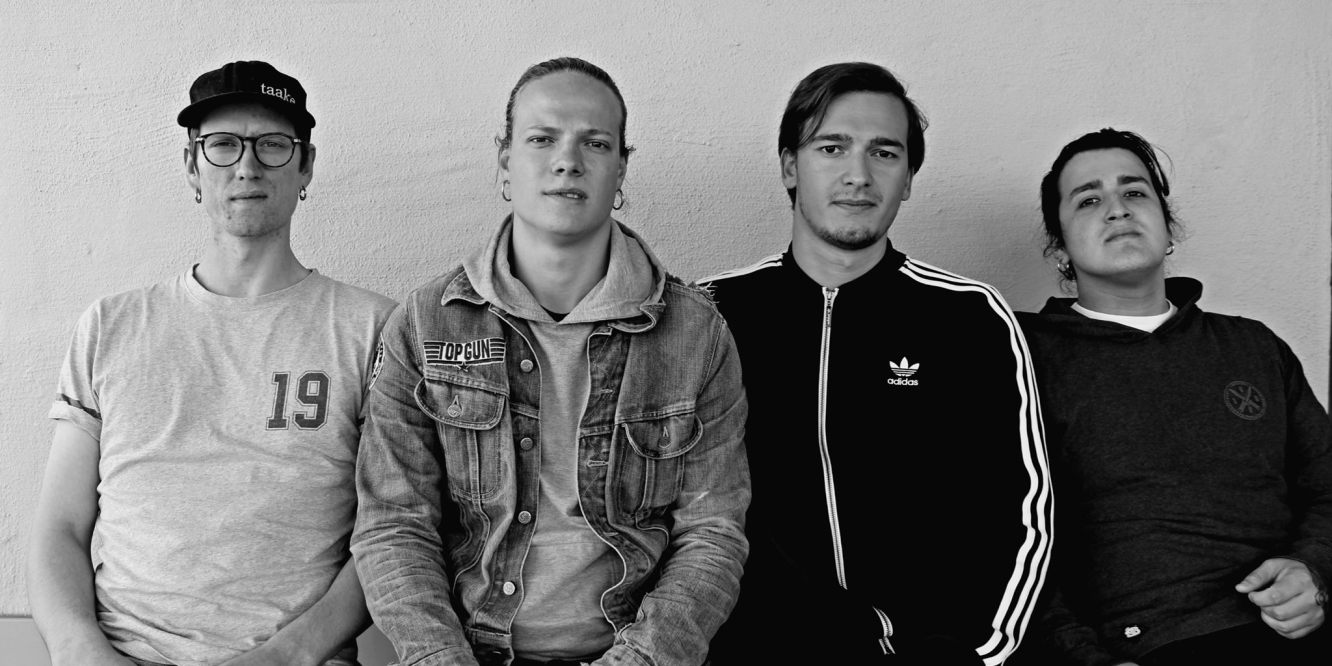 We’ve made a really exciting discovery all the way from Norway, in the form of hardcore punk band Tirades. The four-piece not only make exceptional, fast-paced punk-rock, but their new EP has been produced by Andrew Neufeld, vocalist of Canadian rockers Comeback Kid.

We had a chat with Esteban this week, and firstly asked him how the connection with Neufeld came about. He told us: “Remi and I played in a band named Social Suicide some years ago and we were lucky enough to do a tour in Europe with Comeback Kid back in 2011. Three years later I hit Andrew up, showed him our new stuff and the next thing we knew he was in our hometown producing our album. He is a great producer whom we have learned a lot from.”

Tirades released new EP Here Comes The Rain on Friday, of which Esteban said: “This EP contains 6 very different songs, and what I think connects them and differs them from the debut album is the whole production. On the debut album there was kind of a subconscious focus on making it sound big-bigger-biggest. This time the sound is much more raw. Our main focus has been to find new ways to express ourselves, all the way from when the idea was born, to the rehearsal room, to the recording process and ending up mixing the EP ourselves.”

Tirades make the kind of music that makes you want to get out of your seat, and jump around and smash your head around like a maniac. Here Comes The Rain starts off with a random intro track then kicks into life with the high-speed Actions of Fear, which begins with a huge wall of guitar chords, driving drums and the Neufeld-esque screamed vocals. It may only last a minute and a half, but its an in-your-face, powerful 90 seconds of pure punk goodness.

The pace is upped in the excellent No Drugs, which begins with a solo guitar riff, then a drum roll gives way to a fast-paced, heavy guitar chord riff with some wild drum support. The vocals are at their raw best throughout and, at just over two minutes long, it’s another short but sweet punk rampage.

That’s followed by a punk take on Your Element, originally by indie band Circuit, which is unrecognisable to the original but full of the wonderfully punk flavour of Tirades.

The EP rounds out with Here Comes The Rain, which opens up with fast guitar chords and drums with a funky high-pitched guitar riff above it. The screamed vocals take center stage with the chords and drums continuing in support, and there’s a couple of massive screams at the end of each verse. The chorus is huge, then the guitars drop out for a period of calm, the atmosphere builds with high-pitched guitars and some big drums then we launch back into another relentless blitz of breakneck vocals, guitar and drums.

If you’re looking for something to wake you up on this Monday morning, then this is the record for you. This is a great brand of exciting hardcore punk rock, big on speed, noise and intensity. Describing the band’s sound, Esteban told us: “Our drummer is the kind of drummer that knows no limit, so I think that he defines our sound in many ways, and even though heavier music is what draw us to one another, we all have very different areas of inspiration as individuals.”

“Remi and Markus are into that whole west coast punk-rock thing, while Mathias moves around everything from hip-hop to more technical and extreme forms of punk. I bring the variety from black metal to latin touch to the sound – it’s this whole mix of our background that makes Tirades what it is.”

Tirades are certainly an intriguing band, and their previous material is well worth checking out on Spotify, both musically and for the themes they write about. Esteban told us: “We are not locked to any specific theme lyric-wise, but for example injustice is a theme that often comes up in our lyrics. People getting treated like dogs because of their race, or because they are different from what the majority expects them to be. In general, I guess you can say that our main influence to keep writing music is things that are obviously wrong with our society.

“We are heavily influenced by pissed off punk bands with a strong message, such as Tragedy. The American west coast punk-rock scene, the San Diego punk hardcore scene and Deathwish Inc. bands are also a big inspiration. We also have local Norwegain underground heroes that inspire us of course, but we always try to approach music writing our own way.”

The band has more big plans for 2017, including a series of double-singles featuring guest vocalists and another EP later in the year. They’re also busy writing for a second album that will be released next year and have a few shows lined up in Norway.

One Reply to “Introducing: Tirades”