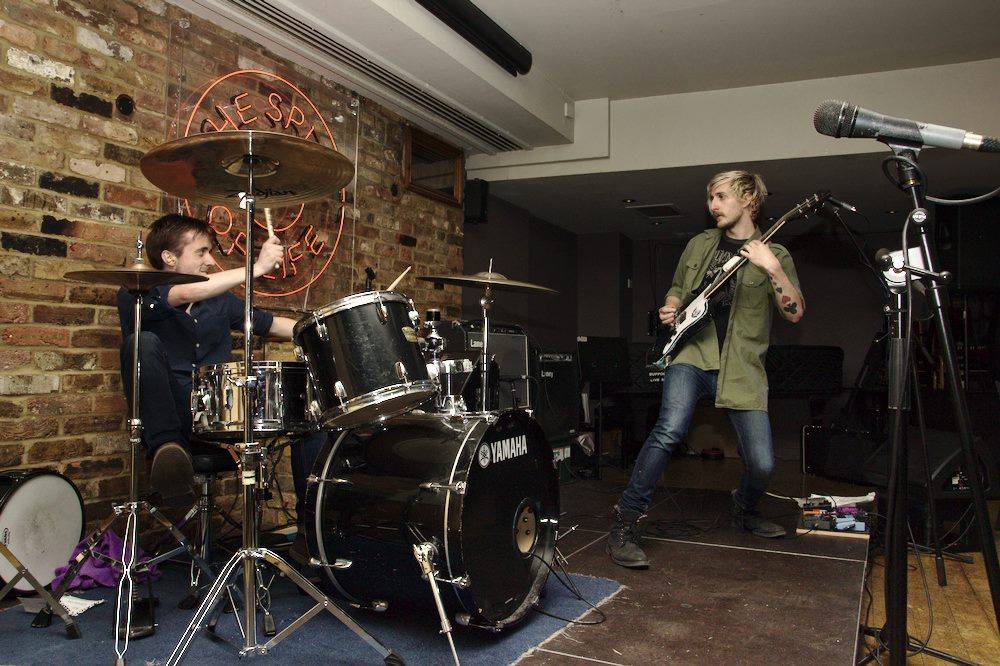 Hampshire duo Silent Mode are everything you don’t expect from their misleading band name – on the contrary, their huge desert / astro rock sound is set to rock your world.

The duo of Ched, on guitars and vocals, and drummer Stephen started their first band together way back in 2005 but over the years came to the realisation that they’re best off making music as just the two of them.

The band first introduced themselves to us as being along the lines of the epic Truckfighters and we weren’t disappointed – they make up for their lack of numbers with their huge catchy sound and epic riffs.

We spoke to Ched this week to find out more, and he told us: “Since starting Silent Mode we both shared a lot of music between us that we wanted to write songs like, but discovering Desert Cruiser by Truckfighters was a big ‘wow’ moment for us. It lead us down a rabbit hole into the Desert genre, I remember listening to Kyuss for about three weeks solid!”

The culmination of this inspiration has been the release of debut two-track single Gasoline / Corkscrew in March. The lead track Gasoline really harnesses that Truckfighters influence, kicking off with a low-pitched driving guitar riff that’s gradually joined by building drums in the build-up to the opening verse. A musical interlude with funky guitar follows before rolling into verses that are followed by a series of awesome guitar solos and booming rocky riffs that you can’t help but nod along to. Check out the video here:

On the writing of the track, Ched told us: “I found myself leaving work every Friday, getting in the car, driving home and listening to certain songs. I wanted to write a song that had that feel and was from my point of view. Steve put his drums to my riff and I think it came together in one session. So people should expect a feel-good rockin’ ‘Yeah it’s the weekend!’ song.”

Corkscrew doesn’t stray too far beyond this, despite starting off a little slower with grinding low-pitched guitar behind floaty lyrics. It soon bursts into life with a shouty, bouncy chorus that second time around leads into an onslaught of wild guitar riffage that you can’t help but love.

Ched told us: “We are creative people and not happy unless we’re creating. In our case it’s music as neither of us can draw or dance. Steve is a wizard with video media but all I can do is music. I write about many things, depending on what mood I’m in at the time.

“I write about things that make me angry as I like a bit of aggression in our songs but also about the way I wish the world was to be honest. We call ourselves Astro Rock as well because of the spacey themes. Ever thought ‘I don’t want to live on this planet anymore” because of something you’ve seen on the news?’ I write about that.”

There are certainly good times ahead for this refreshing, exciting duo, with plenty of gigs upcoming, merchandise incoming and a debut album on the horizon. You can catch them live at The Star Inn in Guildford with Allusondrugs on 30 June and in Basingstoke on 7 July, and more info on those shows is here.

One Reply to “Introducing: Silent Mode”