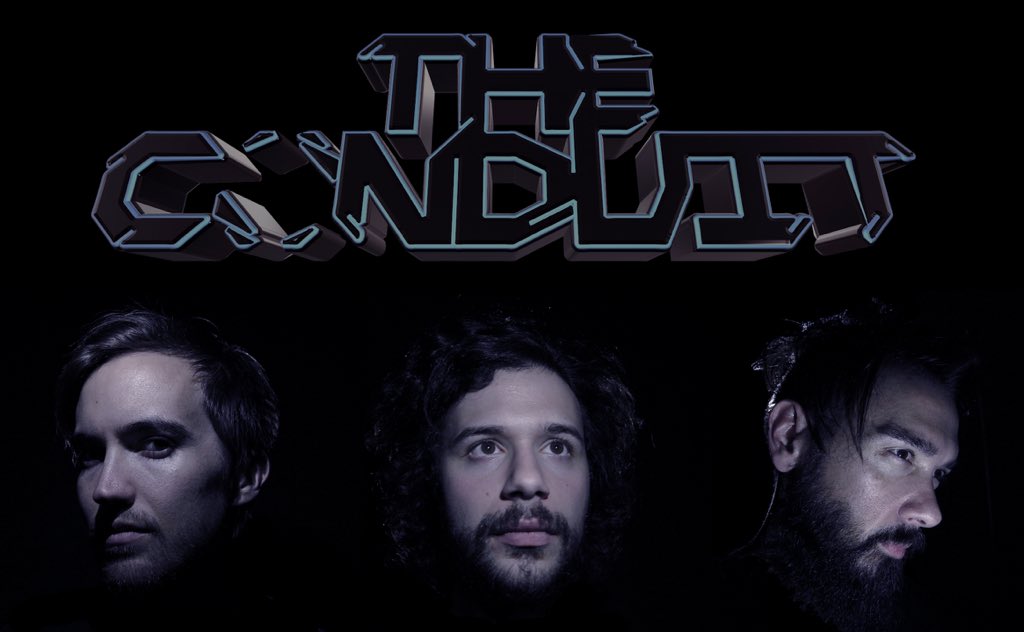 As a special Sunday treat we’re bringing you one of the heaviest, most technical bands we’ve encountered, and our first ‘math-metal’ band in the form of Los Angeles’ The Conduit.

The progressive metal project began as music that vocalist Jeff Bobbin composed and recorded in his living room, before meeting guitarists Dakota and Dave and drummer Luka in September. It is heavily focused on technicality, comprising a wide range of concepts including complicated geometrical sequences, Fibonacci rhythmic motives and meticulously headbang-able time signatures.

To find out more, we had a chat with Jeff, who performs the vocals but is an impressively efficient guitarist, and first up asked him to summarise his definition of math metal. He said: “Basically we write the music to be as evocative as we can while also incorporating odd time signatures and technical grooves. It’s math metal because it involves more counting, subdividing, and theory all together when compared to conventional metal music.”

Jeff describes their music as “integrated, hypnotic and sinister,” three words that ooze in mysticism and intrigue. He adds: “I would describe it as technical and dynamic. If Fight Club, 2001 Space Odyssey and Clockwork Orange had a music baby.”

The Conduit’s music is influenced by themes like mind control, hermetic philosophy and demons, taking inspiration from bands like Periphery, Vildhjarta, Veil of Maya and Tesseract. The culmination of this will be the release of Dichotomy Hypnotic next month, which follows last year’s Monarch and Icosahedral.

A hint of what to come is the intense Fate No Longer, with its blistering guitar riffs, brutal vocals and intensely fast-paced drums. It’s a song of two halves, with the opening intensity followed by a melodic conclusion with cleaner vocals and big atmospheric guitars. Check it out for yourself in the video below:

The LA quartet are a fascinating combination of superb instrumentalism and big, headbanging metal who we can’t wait to hear more from.

Dichotomy Hypnotic is out on 23 June. You can follow The Conduit on Facebook, Twitter and check out more of their music on Jeff’s YouTube. You can also get hold of Monarch and Icosahedral on Spotify.