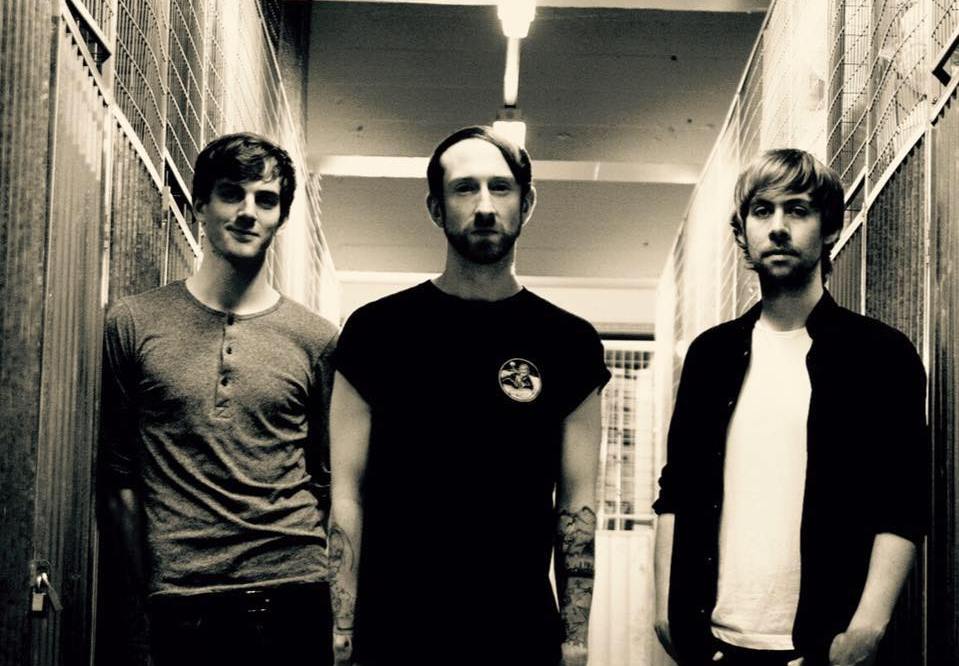 When a band describes themselves to me as ‘loud, energetic, melodic’ they essentially tick all three boxes in my musical listening criteria. This much goes for London-based rockers Vertebrae.

The trio of Daire Mulvihill (vocals and guitar), Josh Clark (bass) and Jonny (drums), who was the latest addition earlier this year, are now based in West London but hail from Ireland, Scotland and northern England originally and met in their adopted home.

The band’s sound has been honed from growing up on bands like Radiohead, Smashing Pumpkins and Placebo and grunge legends like Nirvana, Pearl Jam and Mudhoney as well as elements of punk rock and pop punk, while Josh comes from more of a post-rock background.

The result has been the band’s second single Half The Time, of which Daire told us: “It’s been great so far really. The aim was to just get it out there and give people more of a taste of what we’re about, we had only released one previous single before this in 2016. So when people started writing about it, commenting and sharing and when we started booking shows, it just took some pressure off and meant we could relax a little bit and that we had done what we had set out to do with it.

The single brings you exactly what you can expect from Vertebrae in general, plenty of energy fused with a heavy gritty sound and strong melodies. It starts out with a low bass riff then a quick burst of guitar before jumping into a verse dominated by gruff grungey vocals. A floaty riff over big bass leads us into a catchy, singalong chorus before a verse that slowly increases in intensity. The second chorus leads into more intense vocals with big heavy bass then the pace drops down briefly before one final repeat of the chorus.

Check it out in the video below:

We asked Daire to describe the Vertebrae sound, and he told us: “I think our sound comes mainly from the energy we try to put into it and what we want to get across. I know for myself I have had two main music scenes heavily influence my early life, which was grunge and pop/punk rock. So Vertebrae has kind of naturally become the result of that, something that can be gritty, loud and moody at times but also with enough melody and energy to hopefully get stuck in your head, if that makes any sense!”

And in terms of what influences the band’s music, Daire continued: “I wouldn’t say that we’re a band that constantly sticks with any specific theme. You have political bands, humorous bands, bands that deal quite heavily with emotion or perhaps relationships etc. and you can get fantastic songs from all of that. I think we are somewhere in between.

“We will definitely touch on political and social issues, I mean, it’s so tough not to being a young person in this day and age, and we will also touch on subjects closer to home and more personal. But the main thing for us is just to do it in a way that just connects with the audience. Hope is definitely something we try to include as much as we can. Always good.”

The band’s swift growth saw them play their first Camden Rocks festival earlier this month, and they told us they had an absolute blast. Daire said: “Being newcomers to the festival we were a little nervous if people had heard of us yet or would be willing to catch the set, so it was a nice surprise when we went on and the place was buzzing. The crowd were just really up for a good time! It also just meant a lot to us that people took time out of their festivals to check it out, it can always be a bit tricky when you’re up against so many other stages, so it was much appreciated.

“It was always the plan to hang out for the day and take in the atmosphere and music. We spent a lot of the day running from stage to stage checking bands out, (with the odd alcoholic refreshment in between of course!) We actually finished our day over on the Black Heart stage catching HCBP which was an awesome set. Empire at Crowndale was a great show too, and Shadows Into Light at Dublin Castle was fun. We didn’t really venture near Koko too much actually but I hear Feeder were immense.”

Vertebrae have a London gig coming up at The Monarch, in Camden, on 13 July and plan to take the summer to do more festivals and shows. They’ll also have more material before the end of the year, so stay tuned for more shortly.