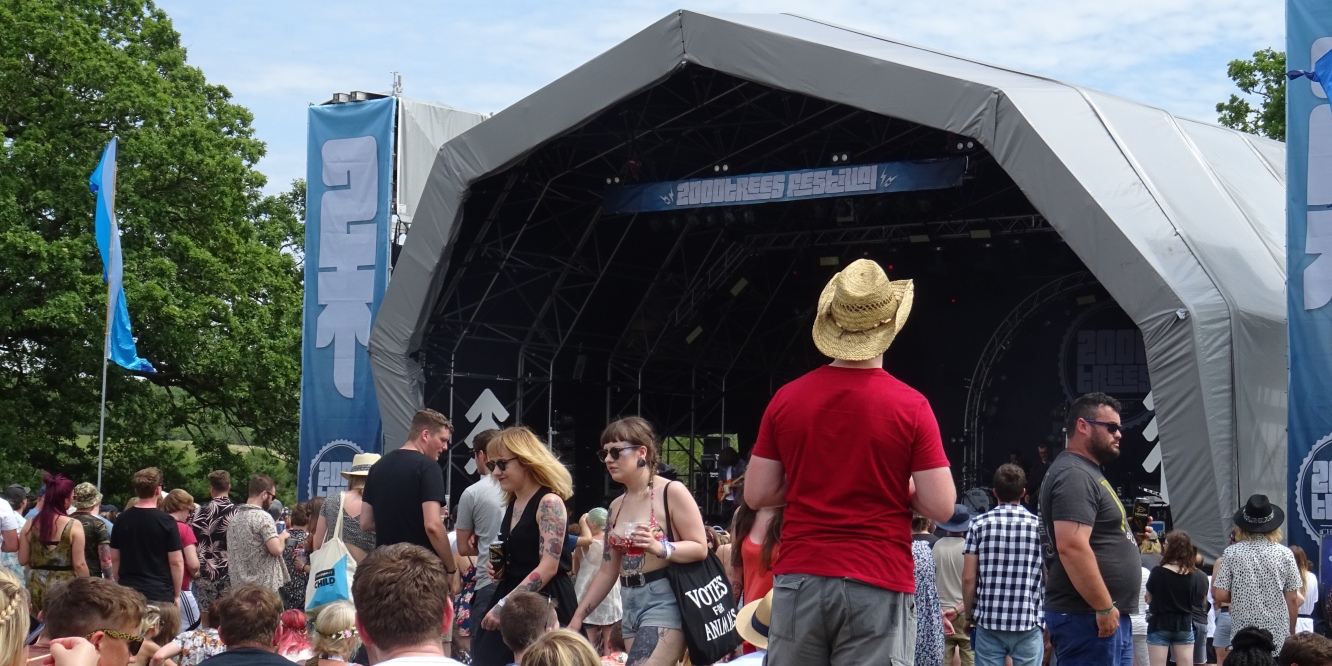 I’d heard good things before heading to my first 2000 Trees Festival last weekend with ‘chilled,’ ‘a really cool vibe’ and ‘a great lineup’ among the superlatives that had been mentioned, and I certainly wasn’t disappointed.

Due to work commitments I was only able to head down to the three-day festival for the start of day two, Friday, but made up for it by seeing a plethora of great bands over the weekend.

I’ll begin my two-part review of the festival by looking at the events of Friday, and then have some more reflections of some of my own personal highlights throughout the week.

I arrived at the site in the beautiful leafy, and thankfully sunny, surroundings of Withington, around 8 miles outside of Cheltenham in the heart of the Cotswolds. And the chilled vibe I’d heard plenty about was apparent from the start, as I walked up to the entrance expecting long queues only to wander straight into the heart of the event, then made my way to pickup my wristband and setup camp.

I headed straight out to explore and get my bearings around the intimate site, which is a mer 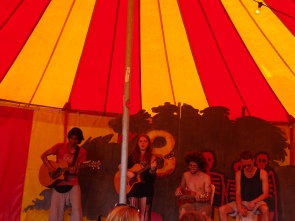 e two to three minute walk between all stages. Wandering down from The Cave stage towards the Main Stage I came across my first act of the day, as a solo artist was playing an acoustic version of Top Gear classic Danger Zone. I took a pew on the grass outside the entrance to Camp Reuben and enjoyed a fun acoustic set from the chap, Mike Barham, that included Tenacious D’s Tribute mashed up with Foo Fighters’ Pretender, followed by a fun acoustic set from Wimbledon singer/songwriter Chloe Leigh and her band.

It was then time for the big stages to kick off, so I headed up to see the excellent Weirds 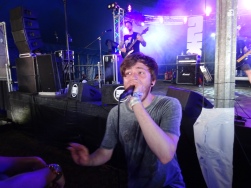 open up The Axiom stage in style. Immediately up next it was on to see one of my favourite new bands wars open up The Cave, and they opened it superbly with their superb contrasts between the big heavy screams of Rob Vicars (who was also the first person I bumped into on my way into the festival) and melodic choruses. These two first bands got my weekend of music off to the perfect start, but there was much more to come. 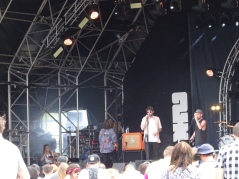 Next up I moved down to the Main Stage to see the start of Bath rockers Decade, which took the heaviness down a notch or two but was fully enjoyable punkiness that kind of reminded me of The Music with frontman Alex Sears’ almost Liam Gallagher-esque delivery particularly engaging.

That was followed by one of my highlights of the first day of 2000 Trees, a band I’d heard

good things about but never quite gotten around to listening to, SHVPES. The Birmingham quintet put on a really enjoyable, extremely diverse set that combined huge screamed vocals with almost rap-rock, including the big track Two Minutes of Hate, which they told the crowd was ‘about Press To Meco’s sex life.’ If you haven’t seen them live, then these guys are absolutely a band to watch out for. 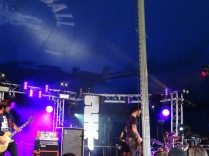 After a brief trip over to The Axiom, I remained in The Cave for a while longer for two really hard hitting bands. Firstly, I was blown away by the power and raw brilliance of Belgian trio Brutus, whose big rocky sound was led by the huge vocals of drummer Stefanie. The highlights were a fantastic, high-energy rendition of the lively romp that is All Along, while the equally fast-paced Drive was a huge cloud pleaser with its wild vocals and driving drums. How she sings while drumming that well I have no idea.

They were followed on stage by the mighty Employed To Serve, who put in their bid for being the heaviest band on show. They were one of the few bands seemingly frustrated by a lack of movement from a fairly moshy crowd, and put on a blitzing show that you couldn’t help but jump along to.

It was time to bring the heaviness down a little, so I headed back down to the Main Stage to catch a bit of faux Irish rock from the entertaining Skinny Lister. Then mo

ved back up to The Axiom to see Dave Hause & The Mermaid. I reviewed their excellent album back in February, and was pleased to see hear plenty of these great singalong rock’n’roll tracks on show, with the most fun being the awesome Dirty Fucker and the super catchy The Mermaid.

Hause and co were one of the most entertaining bands of the day, with great audience participation and generally really fun to watch from close quarters.

I then made the short walk back to The Cave for a band I was really excited to see for the first time, Deaf Havana. However, they were one of the few that I was disappointed with as, despite asking fans to vote for the setlist on Facebook, when they came to play the older songs they didn’t quite have the rocky goodness I remember from the likes of Friends Like These.

We were getting towards the finale of Friday night, and I headed back down to the Main Stage to see the mighty, if a little crazy, Frank Carter & The Rattlesnakes. They were good fun and Carter was big on audience engagement, seemingly particularly keen on making sure everyone in the crowd was safe and secure.

The evening was brought to an end on the Main Stage by headliners Nothing But Thieves, who I’ve not listened to a lot of before but were energetic and punky as evidenced by the fun Amsterdam and singalong Trip Switch.

An added treat at the end of the evening was a return to the yellow and red tent in Camp Reuben to see Press To Meco perform acoustic renditions of a few of their tracks. And that was followed by a return to The Cave to rock out in a Silent Disco which, if you haven’t experienced before then you must. It’s kind of odd and surreal, but really fun. I have distinct memories of, admittedly rather drunkenly, moshing and screaming along to System Of A Down at the top of my voice to the amusement of people nearby that didn’t have their headphones on.

More to come later this week, but this was a superb opening day to my 2000 Trees experience that was matched by an equally good Saturday…