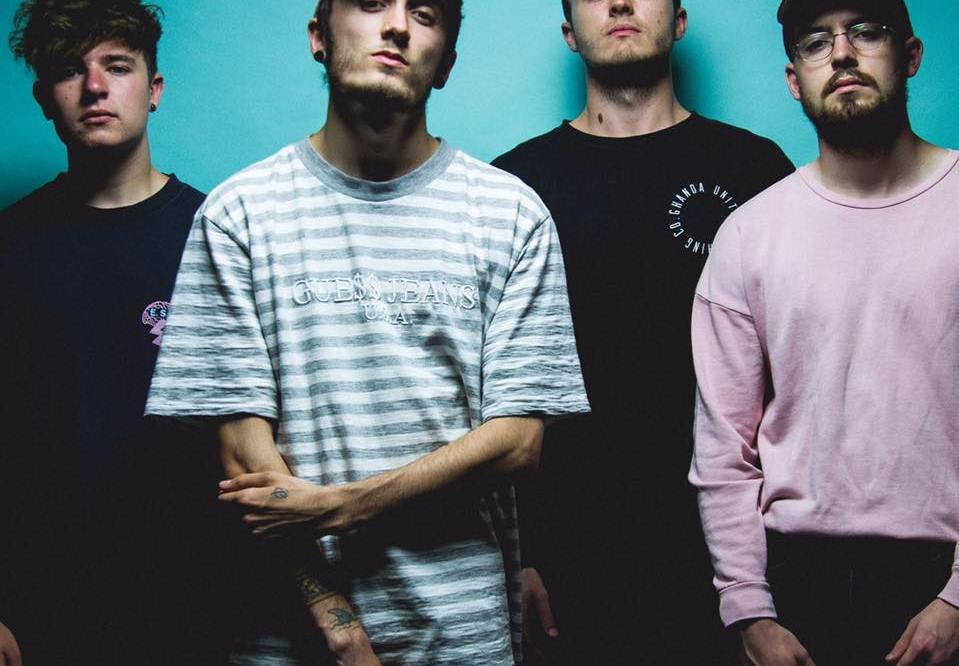 Surrey punk sensations SHADED are everything you could wish for from feel-good pop-punk. The quartet fuses catchy guitar riffs and singalong vocal melodies with driving drums and poppy vibes on their impressive debut EP The Better Man In Me, which is due for release next Friday (1 September).

Vocalist Matt East, slightly self-detrimentally, describes the band’s approach as being: “If you like emotive pop punk with catchy melodies and hooks, supported by hard-hitting riffs and big choruses, you’ll probably find us in your little sister’s playlist.” And he adds: “If, somehow, even just a few people can relate to and connect with our music, we’ll be over the moon.”

Well, I’m pretty certain you can find this fun pop-punk easy to relate to, kicking off with the EP’s opening track and lead single Better With You, of which both the song title and lyrics revolve around and portray the idea of missing a relationship and the feeling of regret that accompanies it. It kicks off with a big hit of guitars and funky riff before dropping down into a singalong verse that gradually builds in intensity with bursts of guitar and driving drums that flow into a catchy chorus.

Next up, Here’s To Starting Again kicks off with a big hit of punky chords and flows into a melodic verse of flowing vocals countered by bursts of guitar. A singalong chorus follow, the second of which is followed by a building section of vocals and guitars, ends on a mini riff and flows into a final chorus.

That’s followed by Tendencies (The Times I Caved), which opens up with a fast-paced, repeated, high-pitched guitar riff with punky chords in support. A laid-back verse with hits of guitar chords follows, then the pace picks up with palm-muted chords in support of vocals, then launching into a deliciously catchy, singalong chorus. The intensity explodes after the second chorus, with a burst of bassy guitar and almost shouted vocals then dropping down into almost spoken vocals and pianos to bring the track to an end.

Too Far Distant opens up with reverby, laid-back vocals followed by a mellow guitar riff. It gradually builds up into a singalong chorus before the slower vocals conclude this short track.

The punkiness returns in Bitter Cold, which opens up with a lone guitar riff that’s soon joined by laid-back vocals that build towards a punky chorus with fun little bursts of guitar riff. It continues straight through to more punky vocals in a protracted, catchy chorus, which shows the band isn’t constrained by the traditional verse-chorus songwriting principles.

The EP closes out in style with Deal My Hand, which opens up sounding very American pop-punk with a funky guitar riff. An energetic verse follows and flows into a singalong, feel good chorus. This is good old pop-punk at its finest, with fun riffs and catchy vocals aplenty, and a big punky guitar solo that leads into a final rendition of the chorus.