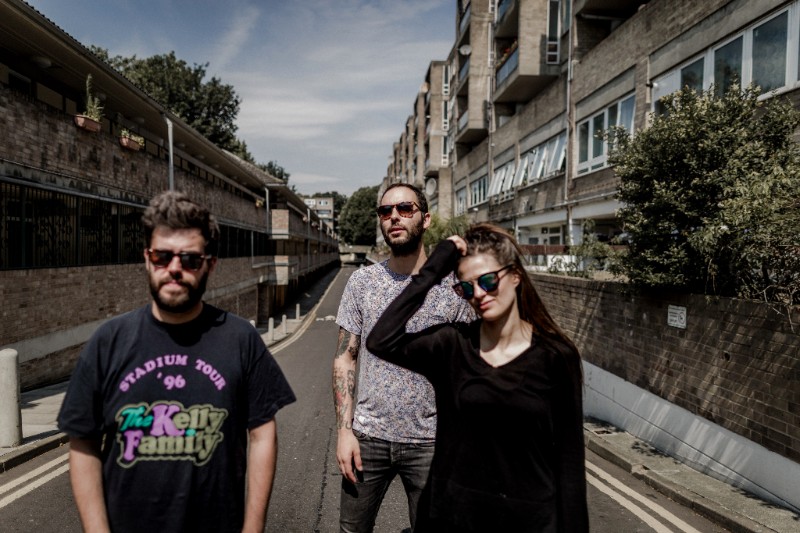 One of our highlights from 2000 Trees Festival in July was seeing Belgian three-piece Brutus smash the place up with their intensely powerful rock sound.

Brutus are quickly gaining notoriety as one of the most exciting emerging rock acts around, with the likes of Lars Ulrich (Metallica) and Greg Puciato (The Dillinger Escape Plan) championing their music. And for good reason.

The power of the band is something you can’t truly fathom until you see them live, with drummer/vocalist Stefanie Mannaerts mixing black-metal blast beats with math-rock flourishes whilst belting out her impassioned vocals. She’s ably supported by guitarist Stijn Vanhoegaerden jumping between post-rock and hardcore punk levels of speed and energy, alongside Peter Mulders adding powerful bass to the mix. The three combine to create a sound that rivals anything out there in its power and manic, frantic yet emotive brilliance.

And today, the trio make a grand return ahead of a UK headline tour later this month, with a new video for Horde II, from this year’s excellent debut album Burst.

The track, which follows Horde on their first EP, showcases the band’s trademark pounding, relentless rhythms blasted out by Stephanie alongside her soaring vocals and the atmospherically heavy guitars. It opens with lingering guitars and prolonged vocals before diving into a big smash of darting riffs alongside booming drums, then dropping down into Stefanie’s huge vocals.

On the track, Stefanie says: “Often song-riffs like this are borne out of our guitarist fooling around with ideas at rehearsal while I’m setting up my drums. With Horde I felt this amazing vibe hearing Stijn’s ideas, and so when one day Stijn was randomly playing such ideas again I felt this exact same vibe all over again; I knew instantly this was going to be Horde II.”

You can check it out in the brand new video below:

Brutus began life in 2013 after the trio left different bands from the same region of Leuven. Peter explains: “I’d heard about Stefanie around on the scene before I saw her play. Everyone told me I had to check out this new drummer who blew everyone else away, hands down. And she did. Her talent is disarming.”

However, it wasn’t always planned that Stefanie would take on vocals as well. For a while the band were looking for a singer, as Peter and Stijn weren’t convinced she could nail both roles. But nail it she absolutely has, as songs like the wonderful All Along and powerfully engaging Drive, in addition to their stunning live performance, are testament to.

However it’s not all plain sailing for the Belgians. “Being in Brutus is not easy,” they all agree. “Brutus has never been about combining our shared influences or tastes,” Peter adds. “Instead, we are three different personalities with different tastes in music that are often in conflict. But whenever we come together on stage or at rehearsals, something happens.” And, as they like to tell us, trouble comes in threes and so does Brutus.

Brutus return to the UK this month for a headline tour, ahead of finishing the year with a string of further shows across Europe in November and December. The nine-show UK tour kicks off at The Dome in London on 29 September and ends at The Boileroom in Guildford on 8 October. More info on all these gigs and more is here. They’ll be ably supported on tour by the excellent Guillotine, who we featured back in December.