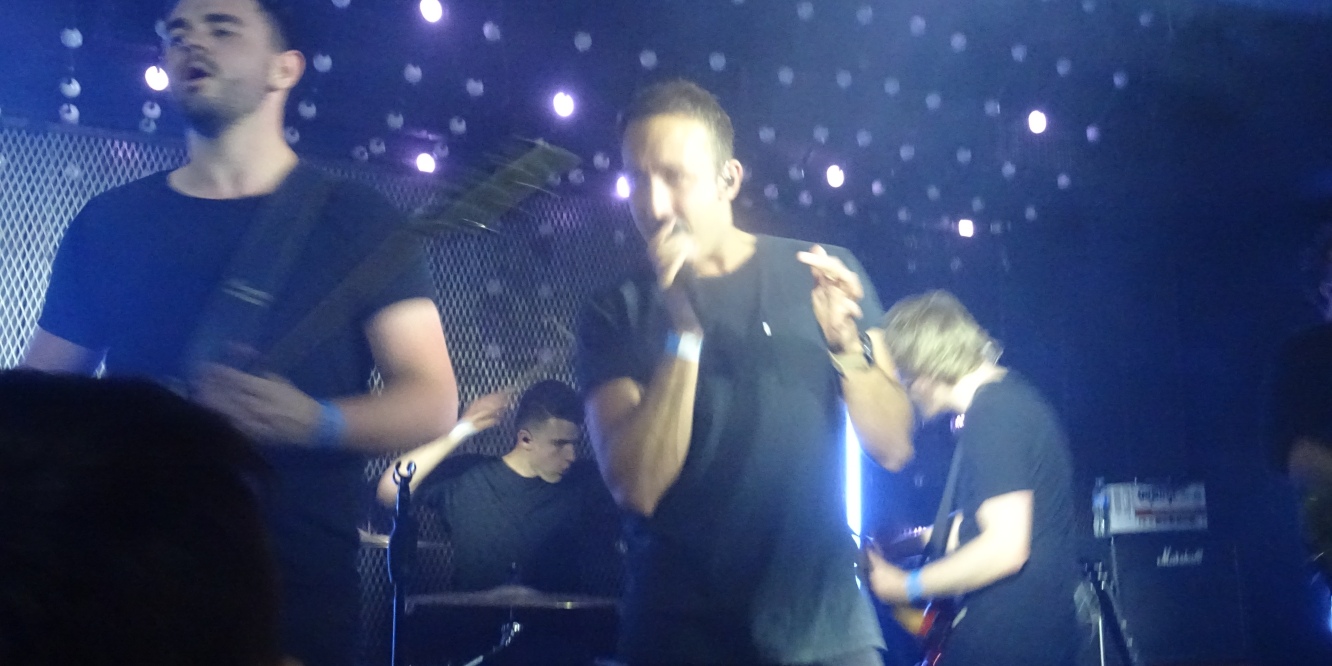 A cracking lineup of British rock saw Maven celebrate the physical launch of their new EP alongside Lightscape, The Rocket Dolls and Danny Wright at The Camden Assembly on Friday night – on what was my first visit to the venue since it rebranded from The Barfly.

The evening opened up with Tottenham-based singer/songwriter Danny Wright, who began with singalong track This Is Growing Up then revealed he was on social media: “MySpace, Tinder, if you know any others let me know.” 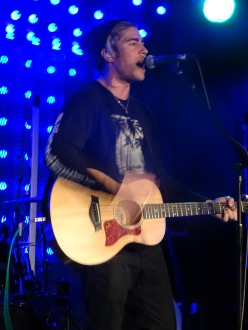 His lyrics were really fun including Is This Rock’n’Roll, with catchy vocals and ended on a big cry of the song title, a heavier chorus then impressive high vocals.

The next track apparently took him five years to write but sounded worth the wait with the cool repeated lyrics “Procrastination self medication leads to gratification,” then the big chorus vocals “I don’t wanna bother today I pretty much missed it anyway.”

He then offered the audience the choice of him stopping, a new song or a cover, and they chose a new song, which was so new it doesn’t have a name, but opened with intro chords that sounded very Blink 182-inspired and big singalong vocals “I didn’t like you anyway.” That was followed by an actual Blink song, as Danny covered Girl At The Rock Show with the opening chords sped right up so he could squeeze it in ahead of final track Time Will Tell.

Next up was London trio The Rocket Dolls, who opened up with big electronic noise building in the darkness then a huge smash of drums built towards big guitars and a punky verse. Huge metal smash ups came in over the vocals “I know I want to but I can’t go back,” then the second chorus was followed by another big smash of metal that led into a big wah-wah solo and a huge metal breakdown. 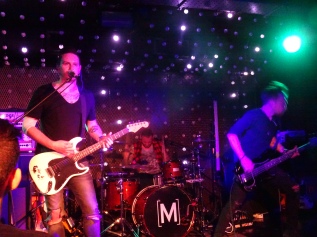 Next was a new song She Starts Something Now, which opened with big rocky guitar under smashing drums then dropped down for a lighter verse before smashing into another huge hit of metal.

Then followed the first single from their upcoming new record, which is out in January, None Of This Is Right. A big heavy intro with a huge riff supported by smashing cymbals was followed by another low verse that built towards big shouted vocals and really catchy chorus. A big solo after the second verse led into a big final chorus and a huge low-tuned metal smash-up.

Eyes opened up with a big Metallica-like opening riff, then chilled verses contrasted against big singalong choruses with metal smashes between the lyrics, and closed out with another big riff and huge chugging metal riffs.

The next track further impressed how good Benji Knopfler is, opening up with a big extended drum solo then long hits f guitar noise and a cool low-tuned guitar riff. It build up in intensity before some big chugging guitar riffs were followed by rocky vocals and a huge metal smash to end with.

Another new tracked opened with big metal sounds and huge bass, then a quick solo fed into a huge rock-out and three big rounds of metal awesomeness. They then closed out with their first single Frame, which began big drums then a great guitar intro that fed into a chorus with palm-muted chords. A cheeky Cry Baby solo fed into a big rock-out to provide one more reminder of these guys being the punk rock metal fusion your dreams would conjure up.

Norwich rockers Lightscape opened up with the awesome Running, with the funky opening riff, singalong vocals and big guitar riffs sounding absolutely huge. Then the next song opened with cool palm-muted guitars and huge high-pitched guitars over Will Overton’s ridiculously addictive vocals, with bits of synth feeding into a big smash of guitars with flashing lights all over the place. 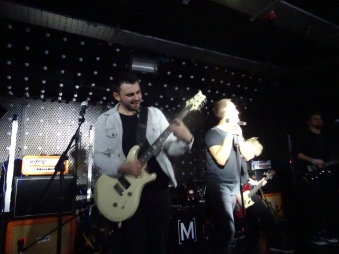 That was followed by Circle, the title track from next month’s new EP, which began with a cool synth intro then booming guitars and cymbals. Big high-pitched guitars darted over Will’s vocals to build the intensity towards a big chorus, then Sam Nichol and Ben Ashcroft traded solos before some searing guitars over Will’s vocals built towards a huge smash-up to end on.

Another new track By Design followed, the lead single from the new EP. It opened with synth noise over Will’s vocals that build into a huge chorus. A couple of big solos between more big choruses were further examples of how great Lightscape are live, and left us wanting to hear more of their new music.

They closed out with the excellent Live In Fear, of which a remastered version is on the new EP, which opened with a big guitar intro that fed into a verse with cool flying guitars over the vocals. A brief building section dropped into a solo by Ben, then they went out in heavy fashion with huge metal drums supporting big hanging guitars.

This was a seriously good performance from an awesome live band, so see them if you can and check out their new EP when it’s out on 1 December.

The show was headlined by London rockers Maven, who began with an atmospheric intro that dropped into a driving rocky intro followed by high-pitched vocals.

That was followed by the title track from their debut EP The Forgotten Ones, which 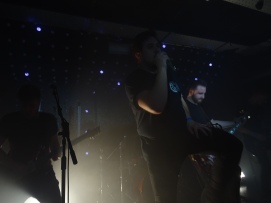 opened with a big guitar and cymbal intro building to a huge chorus. Guitar chords smashed out through a bridge before a heavier verse that fed into another singalong chorus with hanging guitars and a cry of “We are so forgotten” then some huge muted guitar riffs to end with.

They then played their brand new single Just To Get By, which was released on Friday, with its ridiculously catchy verses meshed between big riffs – it sounds like a banger, and very similar to the Lightscape sound, so get hold of it.

Another old song Let It Go followed, which sounded like a massive crowd pleaser and which they revealed will potentially be the last time they’ll play it but, given how awesome it is, seems unlikely. Frontman Dan Nash really came to the fore on this track with some brilliant singalong vocals of “Let let let it go.”

They brought proceedings to an end on a high with The Fall, a single from earlier this year. It opened with cool high-pitched guitars floating over pounding drums and Nash’s laid-back vocals, then exploded into a big singalong chorus of “Well this is the fall, can you feel it” – which was a pretty damn impressive way to bring an excellent night of rock to an ending.