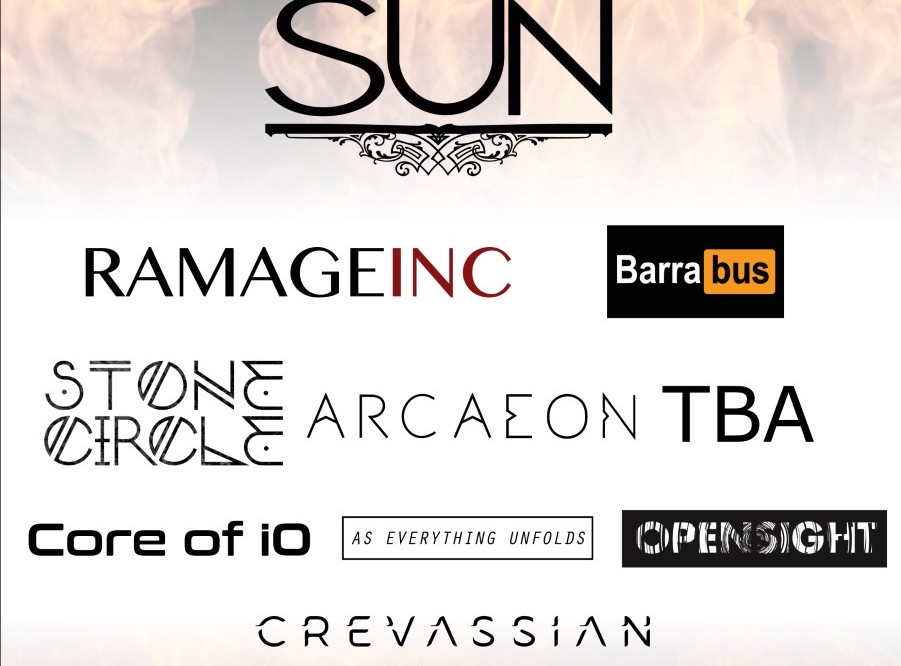 A feast of the finest up-and-coming metal bands that Britain has to offer is coming your way as the second edition of ProgMetalMadness Live rocks the New Cross Inn, in south-east London, next month.

The lineup is packed with a cross-section of great new metal acts, including our former New Band of the Week in the form of the mighty As Everything Unfolds as well as the excellent Core of iO and headliners In Search Of Sun.

The event is born out of the ProgMetalMadness radio show, which is the brainchild of Lee Davidson. He got inspired after arranging an evening event in Croydon that didn’t quite get the audience he was hoping for despite some amazing performances from the four bands on the bill.

Lee explains: “Rather than give up we decided that we would instead go bigger and bring it to London instead. So in August we put on 11 amazing bands at the New Cross Inn, which was quite a learning experience!

“I hadn’t really considered the logistics of getting 50-odd musicians to turn up at the same place at the correct times but surprisingly it all came together really well. The day was absolutely amazing, some fantastic performances and a much better crowd than I could have hoped for. I was excited to put on more so decided to make it a bi-annual event.”

Lee also gave us an overview of what inspired him to put the event on, telling us: “I’ve been a huge and passionate metal fan for years but always steered more towards challenging and original sounds than the bigger stadium fillers. I’m a big supporter of smaller up-and-coming bands and independent acts and love a good intimate gigging experience. I’ve also always been ‘that guy’ who constantly makes mix CD’s of bands I love to pass around friends and try and push them out of the rut of listening to the same four or five bands.

“I found myself with some free time and decided to grab a spot on my local community radio station to create a new show to spread the news and sounds of these bands to a bigger audience. I’ve been doing that for a couple of years now, played some amazing bands and had some great live interviews. It seemed a natural progression to start putting on a few gigs in support of the radio show with bands from the playlist… and hell, it’s not often you get to go to a gig full of bands you love… no filler!”

Lee said: “We’ve been very lucky, the bands we have approached to play the shows have generally heard about us and the radio show and are very supportive of what we are doing. Like the radio show I try and put a billing on that draws from a variety of styles from the progressive and alt metal scenes, I like to think there’s something for every true music lover.

“At the moment I’ve got a mix of pure excitement and absolute fear about the event! I absolutely love getting the line-up together and know the day itself will blow me away but I’m currently in the lull stage where I worry about bands pulling, venue issues (it’s sad the amount of smaller music venues closing their doors at the moment) and whether my excitement for the bands on the bill will be matched by the punters themselves. I’d be absolutely gutted if these amazing musicians didn’t have the audience they deserved.”

ProgMetalMadness is an opportunity to see some supremely talented musicians from across the underground metal scene. As Lee explains: “There are so many great acts out there and somehow we’ve managed to bag a hell of a lot of them on that one day for your listening pleasure! There’s a mix of instrumental, melody and screams to please all. It’s a great venue with fantastic sound and for some of the acts this could be the last time to see them in such an intimate venue for such a great price. What else are you going to do with your Sunday?!”

The event is indicative of how great a place British metal is in right now, and a chance to celebrate some of our exciting new bands. Lee said: “I expect a pretty decent turn out as the audience for what we are doing has grown over the past couple of years, but despite the amount of support that we and the bands have it often seems quite a struggle to get people to come out and see live music.

“The British metal scene itself is amazing at the moment, no matter what your flavour there seems to have been a great resurgence in the past few years and there is some truly amazing talent out there, there’s also some great promoters and venue owners happy to give folk a break and put them on.

“Despite this though, footfall to the events themselves seems to be in decline which is causing many venues to have to pack up or change from being providers of live music which is a tragedy. That’s why I am hoping that by putting on a variety of styles on our shows we can introduce fans of one band or genre to another and help spread the passion we feel for these styles.

You can also check out the ProgMetalMadness radio show between 9 and 11pm on Monday evenings on your favourite radio app or via their website or on Soundcloud, and follow it on Facebook.

The ProgMetalMadness live event runs between 12pm and 11pm on Sunday 25 February. Tickets are just £8 in advance or £10 on the door – which is unheard of value to see 11 bands – and are available here. You can also follow the event on Facebook.