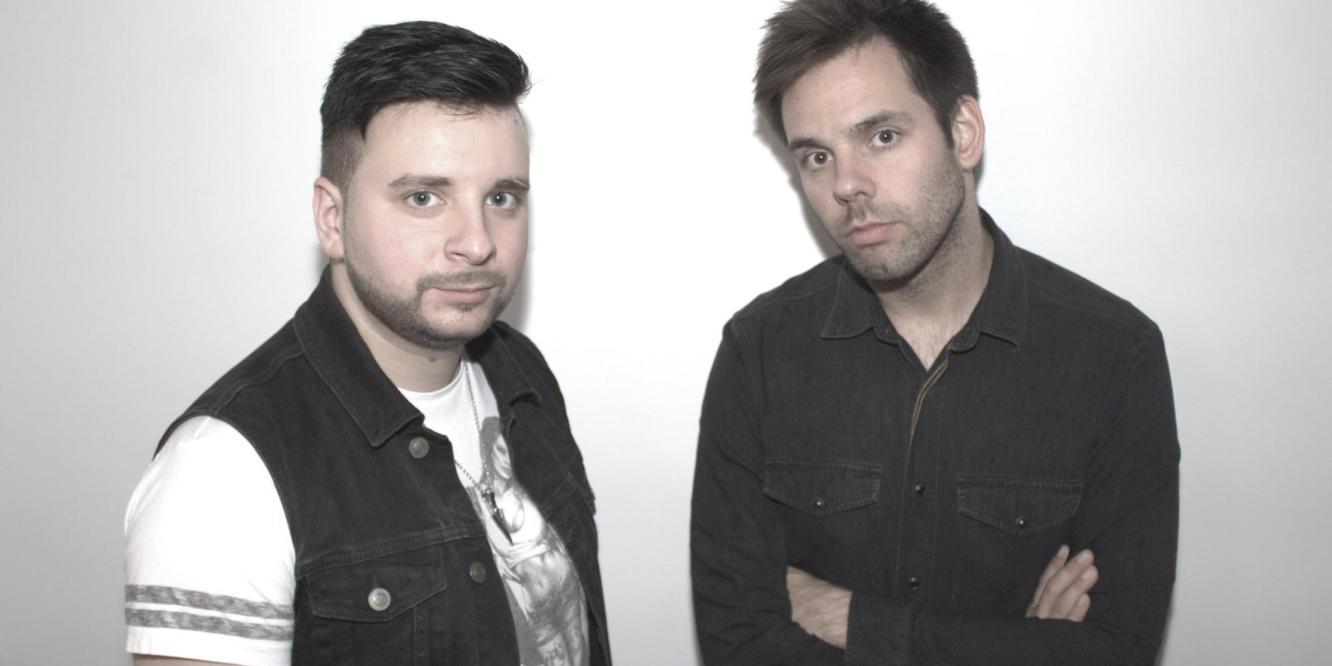 The standout characteristic when seeing Colt48 perform for the first time alongside City of Ashes last year was the powerful, hard-hitting riffs that drove their songs forward. So it’s pleasing to see that they’ve retained that trait in spades since reverting to a duo mid-2017.

Having previously played as a trio under the name 48 Hours, the Kent pairing of Adam Jerome (lead vocals and guitar) and Matt Savini (drums and backing vocals) decided to go it alone when their bassist wasn’t quite on their musical wavelength. The duo churns out deliciously heavy head-banging, foot-stomping riffs and rhythms combined with vocal melodies that can’t fail to have you singing along.

In Adam’s words, which we couldn’t put better ourselves: “Colt48 is a raw, low tuned, angry riff machine that deals out plenty of high octane, slamming rock music with massive choruses!

“Oddly enough, we’re just as energetic and big sounding live, the music is a bit more raw sounding but that’s the overall sound we’ve gone for this time: more rock, less produced etc… I think you’d be surprised at how full it can sound with just the two of us.”

Proof of that comes across in their second EP Colt48 II, which is released next Friday (16 March) and builds on last year’s debut effort. As Adam explains: “We feel that our first single Hate Hate Relationship set the tone for who the band are. The EP had two other tracks on it, but that seemed to be the clear winner in terms of being fun to play live and being really ‘us.’ It’s the song that bagged us the opening slot for Puddle of Mudd by the first chorus. So this new EP explores that sound, low tuned, groovy riffing, big drums and massive choruses. Obviously there is variation on the EP but essentially it’s three huge sounding low-tuned modern rock songs.”

And that’s exactly how the EP begins with The Fire. It opens up with a big driving low-tuned riff that drops into a trademark energetic verse with Adam’s engaging vocals supported by palm-muted chords, then bursts into a big singalong chorus. The second chorus is followed by a blast of low-tuned guitar riff and pounding drums followed by a cool pre-chorus that explodes into a final rendition of the chorus, which ends on a typically heavy smash of guitar riffs. This is a big opening to the EP.

They go a little more anthemic on us with second track Out Of Habit, which opens up with a big guitar riff then drops into a more chilled out opening verse that begins: “Call it regret, Call it lament, By any other name, The things that we do, I cannot forget, It’s how we live today.” A short, more upbeat, singalong chorus follows, then a big drum roll leads into a second relaxed verse with light guitar support to Adam’s vocals and big backing vocals from Matt. A heavier second chorus feeds into a really cool fast-paced guitar riff with masses of cymbal in support, then drops into a big final chorus.

The EP closes out the excellent Never (Let You Live It Down), which opens up with a big rocky riff and pounding drums. It drops into a verse supported by light palm-muted guitars that dives into an awesomely quick, catchy, edgy chorus of “I will kill you, break you, Never let you live it down, Make you breathe with everything you ever said, Think you’re winning, Never strive for anything, Victim, victor, all the same to me, You’re dead.” It’s deliciously powerful and angsty.

The EP was created with the help of Chris Clancy and Colin Richardson, who’s worked with the likes of Bullet For My Valentine, Slipknot, Trivium and Machine Head, on whom Adam told us: “Working with Chris and Colin has been amazing! Chris has always been a great producer for us, having worked on the majority of the 48 Hours stuff, however when he brought in Colin Richardson for mix assisting and advice, it blew our minds! Colin, Chris and a kick-ass guy at Redwall Studios called Carl Brewer are working with us on the next set of recordings we do, and truthfully we’ve never been prouder of the sound they have managed to achieve for us.

The band have attracted the attention of some of rock’s finest, already supporting the likes of Trapt, The Ataris and Puddle of Mudd. As Adam tells us: “(They were) a lot of fun, we’re still good friends with Dylan from Trapt and we’ve helped his other band out over the years with their UK tours etc. Personal highlights for us in terms of tour supports were Crazy Town, such lovely guys, every show with them has been a laugh, and Puddle of Mudd, who I grew up on. A long time ago when Myself and Matt started Colt44, Puddle of Mudd messaged us on MySpace to tell us they loved our songs and wanted us to keep going, so to have opened for them was a real dream come true.”

The duo have been inspired by songwriters like John Bon Jovi and James Hetfield, while their mutual love for nu-metal has strongly inspired their drop tuned riffs and Matt cites the film The Commitments for his interest in drums and band life

And in terms of what inspires their lyrics, Adam explains: “I try to be as honest as possible, and I’ve found that the more open I am about a subject the better the lyrics are. I’m blunt in my delivery sometimes, but it works. This last EP has been about a mixture of things, from the subject of bullying and domestic abuse, to about living up to your mistakes and being a different person and being a better person. I’d like to think that most people can relate to any of these subjects in some manner.”

Colt48 II is out next Friday (16 March) and you can see then launch it the same day with a gig at the awesome London venue Borderline, for which tickets are available here. Looking further ahead they have a slot at Camden Rocks Festival and a gig at O2 Academy Newcastle supporting Black Nevada on 11 August, for which tickets are here.