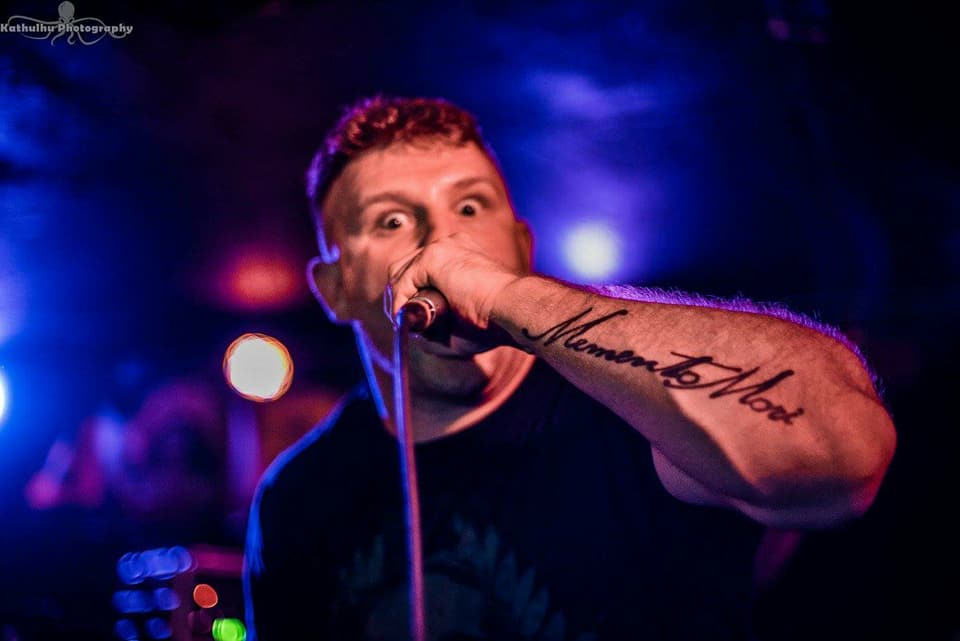 When we tell you this band go by the name of Decayer, and that their latest single is entitled Bastard, well, you’re probably expecting something pretty darn heavy. And you would not be wrong in that assumption, this is not for the faint-hearted.

The Arizona self-monikered ‘Tucson deathcore collective’ began in Autumn 2016 when vocalist Harrison Burkardt and guitarist David Scordato invited guitarist Devon Marr, drummer Taylor Bayless and bassist Keith Huffman over to David’s place to discuss their idea of starting a deathcore band – oh to have been a fly on the wall of that conversation. They’d all been involved in various projects in Arizona and beyond and united in their love for playing heavy music.

As Keith explains: “We try to carve out our own place within the metal/deathcore scene as far as sound goes. We incorporate parts from a variety of sub-genres with the inclusion of things like hardcore two steps, slam vocals and D-beat percussion parts. We are all just fans of heavy music in general so we try not to limit anything we do by saying it doesn’t fit within a certain mould or genre.”

They released their debut EP self-titled EP last Spring and their second EP later this year, of which the title The Agony Cycle alone has our intrigue piqued. As Keith tells us: “We really wanted to take a step forward with this EP, both musically and lyrically. It’s an immensely passionate and personal EP for our vocalist, touching on everything from coping with the loss of a loved one to struggling with bouts of depression and anxiety. Musically, we tried to keep it consistent with the lyrical content by including dark melodies, solid song structures, and crushing breakdowns. We’re hoping that it hits hard both musically and lyrically.”

Latest release Bastard, which came out in November, gives us a taste of what’s to come. Darting low-tuned guitars open up alongside searing high-pitched guitars, then drop into an opening verse of wild screamed vocals that open up “Don’t worry your son won’t grow up to be a fatherless child, How could you leave your family to fend for themselves, Fend for themselves, Does the guilt weigh you down at night?” An even heavier chorus follows with the with the crazed screamed lines: “Resentment, I can’t hold in all the things I feel, Resentment, you’ll never see him again.”

The guitars are really cool, with diving drop-tuned bursts underneath huge vocals that reflect the darkness of the lyrics, such as: “The lack of contact the lack of affection, How could you beat your wife and put the blame on her?” then the cry of “Karma is a fucking bitch, I will put you in a fucking ditch.” A cry of “This is our child that you will never see” sees the guitars drop down into big booming chugged chords underneath the closing lines: “You are my victim I am your torment, Never ending, never ceasing, You are the Bastard and I am his father.” It’s seriously heavy stuff, and you can check it out in the video below:

Keith goes on to expand upon a change of tack in their lyrics, from a political to more personal focus: “Our last EP lyrically touched on a number of issues but specifically dealt with the state of the US political system. With the Presidential election being last year we wrote a number of songs expressing our disappointment at the state of both national and global affairs. We’ve pivoted with this EP as our vocalist wanted to write a more personal record as opposed to one that was politically focused. Every song on this upcoming EP is deeply personal, and the pain and emotion really permeate through the vocals on each track.”

We haven’t met too many bands from Arizona so we asked Keith for his thoughts on their local music scene. He told us: “Arizona has a great music scene, especially for heavy music. Gatecreeper is one band that comes to mind that has just blown up and it’s fantastic to see an Arizona band reach the status that they’re at. They deserve it.

“In Tucson, we have a great scene. It’s super supportive and we really enjoy being a small part of it. There are a number of bands here that work ridiculously hard to put out solid music and to put on great shows. In fact, we’ve got some great friends here in a band called Order 66 and others in a band called Common & Creator that are about to put out some heavy tracks people will want to check out. Overall in the US, the metal scene is just fantastic. It seems like every other week there is a can’t miss tour coming to your city or a city near you. It’s a great time to be a fan of heavy music, it feels like heavy music has never been more popular than it currently is in the United States.”

The Agony Cycle will be out this summer, and the band are planning shows and a tour in support of its launch.