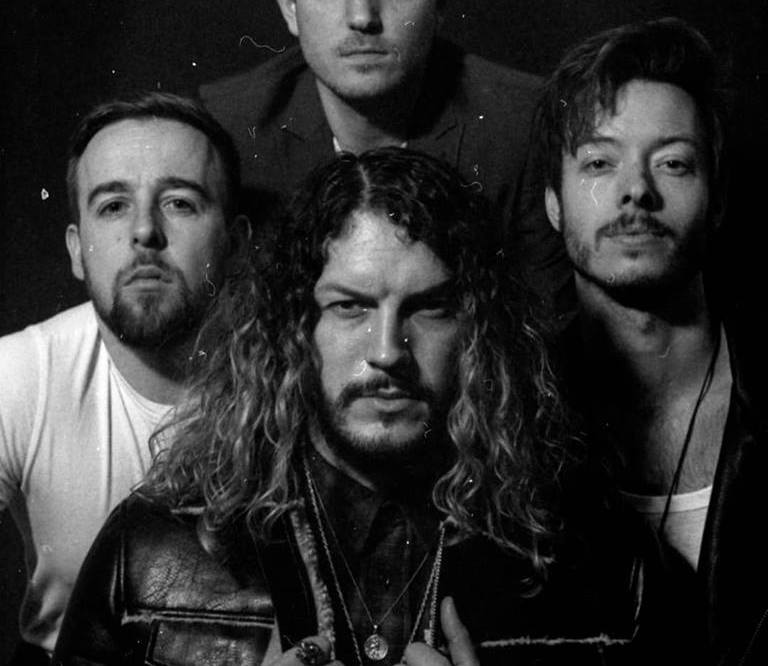 Leeds rockers Late Night Legacy have been described as ‘the best rock band to come out of Yorkshire in years,’ so of course we had to find out what all the fuss coming out of the White Rose county was about.

The quartet of vocalist Ryan Kitto, guitarist Rob Orange, drummer Josh Stayman and bassist Kyle Metcalf have been in and out of bands of varying genres for the last decade. But nothing quite hit the spot until they formed Late Night Legacy, which formed when Ryan discovered Rob and Josh on Gumtree then found Kyle on the mean streets of Leeds.

They’ve since honed a sound that Ryan describes as “energetic, euphoric and melodic,” inspired by the likes of Incubus, Red Hot Chili Peppers, Rival Sons and an increasing array of other genres. As Ryan says: “We’re trying to add all of our favourite elements and appreciation of other genres into the mix, like I listen to A LOT of new rap artists so I may be spitting a few bars in the next few tracks.

“Although we all come from such varied musical backgrounds, as soon as we step into the rehearsal room something just clicks and we all know what to do. I’ve never written or finished a song so fast and had so much fun on tour as I have with these lads.”

The Late Night Legacy sound fuses funky guitar riffs with big engaging vocals, as epitomised by recent single I’m An Eagle. It opens up with a cool riff that repeats throughout, which is soon joined by jaunty, catchy vocals that lead to a big singalong chorus of “I’m an eagle and I soar above the flames.” That’s followed by a cool little guitar lick that feeds into another verse that oozes coolness. Check it out in the video below:

Latest single Beat Up opens with another cool riff that drops into a funky opening verse that gradually increases in intensity then ends with bigger guitars that continue through a singalong chorus of almost shouted vocals. The bigger guitars continue out of the next chorus in support of an awesome guitar solo that brings the track to an end. Check it out in the video below:

On their sound, Ryan tells us: “Uplifting alternative rock with catchy hooks, fast raps & slap bass which will bring any music lover to their feet… But I’m pretty biased.”

And in terms of what inspires him lyrically, Ryan said: “I write about everything. Happy, sad, usually sad memories or struggles in my life but mainly I’ll just sit and listen to Rob, Josh and Kyle jam something out in the practice room, close my eyes and just see what memory or feeling the music takes me to. Then just spew out whatever words and noises I feel works with the track. Sometimes I do have a block where I can’t find a melody that works straight away, if that ever happens I’ll just record it and take it home until I do.”

While others may make claims about the band, they tell us there’s plenty of talent in their hometown. Ryan said: “Leeds is amazing, the gig scene, in particular, is awesome. Promotion teams like Double Denim Live have had our back since day one, also the level of talent from other bands in the Yorkshire area is huge, like our friends Hands Off Gretel, The Elephant Trees, Floodhounds, Allusondrugs, Fizzy Blood. I like to think of it like the Seattle grunge scene, only rock… and slightly smaller scale, for now!”

The band has three new songs coming our way soon, alongside some pretty exciting gig news, including playing Wentworth Music Festival on 16 June. More info on their upcoming gigs is here.