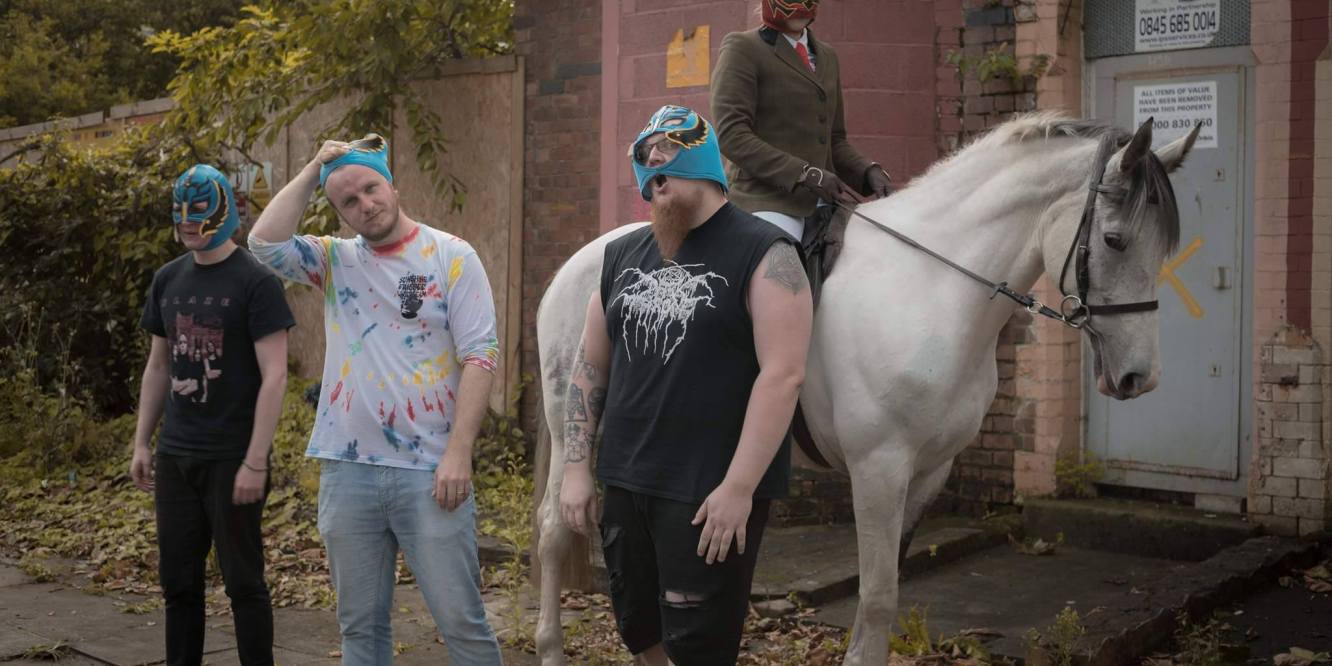 These days it’s harder than ever to catch peoples’ attention. If it’s not the fascinating latest activities of Kim Kardashian and her equally talentless friends or the real-time delights of Instagram and Snapchat, then it’s the never-ending stream of content from the likes of Sky Sports and Netflix. People are so busy doing nothing that they just don’t have time anymore.

Frontman Krystian Hudson explains: “One time a Polish barman at The Windmill in Brixton described us as ‘ping-pong rock.’ He said back in Poland bands used to go to practice but had such a short attention span that they all just ended up playing ping-pong in the communal areas so all their songs were really short. We like that: snappy, tongue-in-cheek garage rock for people who can’t concentrate long enough to read a tweet.”

The trio, completed by Tom Ashley and Si – just Si apparently – have been in different bands together for years and started Salt The Snail out of the remnants of a couple of them. What they’ve created is pretty much the epitome of having fun with music, as proven by the band trying to make as many references to their favourite pop culture as possible.

Krystian told us: “So in our first couple of singles we’ve managed to reference Street Fighter, Hulk Hogan, Jim Ross and WWE tropes in general…and horses. We like trying to capture what it’s like being part of a music scene: hipsters, trend slaves, aspiring socialites and what it’s like to be a part of nothing: lifers, dead-enders.”

They’ve got a couple of singles out there to listen to, one of which is the oddly titled Spanish Announce Table, which is apparently a WWE term. It opens up with a repeating punky riff then dives into a fizzy riff through a fast-paced opening, shouty verse. The chorus then opens up repeats of “You broke me like a horse,” which develops into “You broke me like the Spanish announce table.” The second verse is repeats of “I play second fiddle” under the fuzzy riff then a cry of “And you run rings around me like piggy in the middle” feeds into a repeat of the chorus.

The guys also run music community Yeah Buddy! in Liverpool, on which Krystian tells us: “We put on shows and bring cool people together so getting our acts together and doing a band ourselves was a no-brainer. We’re over the moon with how things are going so far.”

The band have loads of gigs coming up, more info on that is here. They also have a couple more singles and videos lined up beginning with Lazer Quest on 1 June, although they haven’t even recorded it yet.

But, whatever you do, do not confuse the Liverpool trio with a band of the same name from Pittsburgh. As Krystian says: “We call them Evil Salt the Snail. Don’t bother with them, they suck.”

5 Replies to “Introducing: Salt The Snail”