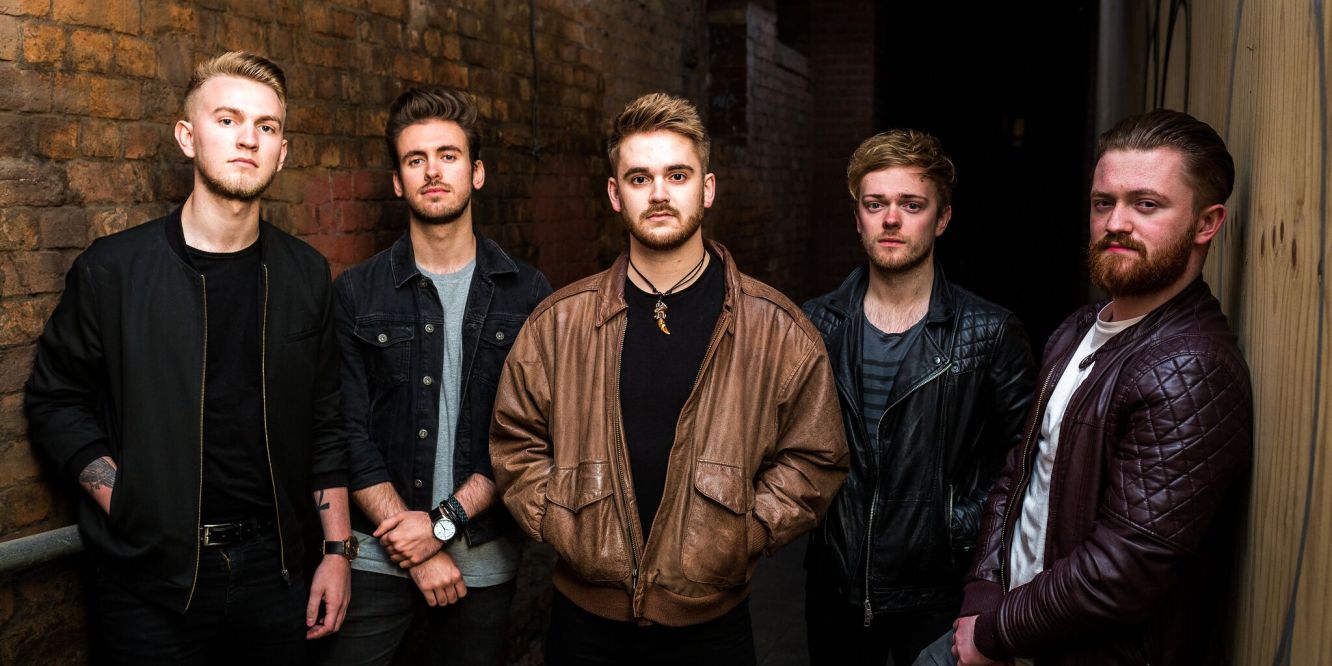 Instrumentalists Matt Lunn and Chris Horrocks (guitars), Matty Ashton (bass) and Alex Binnington (drums) met either by being at university together or knowing each other through various bands, then added vocalist Charlie Cothliff through searching music groups on Facebook.

We caught up with the guys a couple of weeks ago and asked them for their thoughts ahead of their debut release. Matt said: “At the current point, it’s still not sunk in that we’re releasing the material we’ve been working on for such a long time, at the same time it’s relieving to be finally showing people so we can play shows finally.”

While Chris added: “We’ve been working on the EP for what feels like forever from behind closed doors. So we’re extremely excited to release and share it with everyone. There’s a lot of peaks and valleys in this EP. There are some huge moments that’ll get you moving and some other moments that will stop you dead in your tracks. We can’t wait for all that time and effort to be shown to the world.”

The EP starts in impressive fashion as an atmospheric intro track is blown away by the energetic, melodic opening to Ab Initio. A laid-back first verse gradually builds up to a more powerful, catchy chorus, which ends on a burst of guitars that hint at a heavier edge to the band. A second chorus flows into a building high-pitched guitar then building chords soon drop out only to be replaced by another heavy smash of guitars that see it through to the end.

That’s followed by Oxbloods’ debut single Clinton opens up with bursts of heavy guitar that continue through an engaging opening verse, with cheeky hits of cowbell throughout. A singalong chorus follows, ending on the line “Are you friend or foe” with cool “woh-oh” backing vocals popping up occasionally. A second chorus flows into a funky guitar riff, which continues alongside a couple of big guitar solos, then drops back into a building section of echoey vocals “All I wanna know is, All you wanna know is” that feeds into a final chorus. You can check it out in the video below:

The pace drops a touch in the lighter Imbue, then returns with a vengeance in the delicious Minefield. A drum roll brings in a burst of big chords that drop into a chilled verse that opens up “Thoughts are like a minefield, Far too dangerous to let me in” and gradually builds up with synthy bursts and palm-muted guitars towards a heavier, singalong chorus.

Then Vagabond opens up with guitar chords and a cool stabby synth noise that give way to a catchy verse with bursts of guitar in support. A cool pre-chorus builds up to a singalong chorus with cool high-pitched backing vocals then ending on high-pitched vocals from Charlie. There’s generally a bigger sound to the track, which may be partly to do with the repeating synth backing alongside the big driving guitar chords.

Final track Stockholm ends the EP on a high note, with driving guitar chords and drums then flying into fun, fast-paced vocals supported by a dirty low-tuned guitar riff. The second chorus ends on a big scream then a repeating guitar note and little drum rolls, then a building vocal section “My body is not a canvas that you can paint in black and blue” that gives way to a final chorus.

The band describe their sound as “refreshing and exciting, whilst still being familiar,” which is pretty apt. There’s heavy elements and big catchy choruses that suggest a pop influence, which the band confirm by an almost universal love for Paramore, along with bands like Shinedown, letlive. and, erm, Hans Zimmer.

And, on what influences their music, Charlie tells us: “The past, present and the future. The calm before the storm, the destruction’ and the aftermath of companionships, friendships, and relationships.”