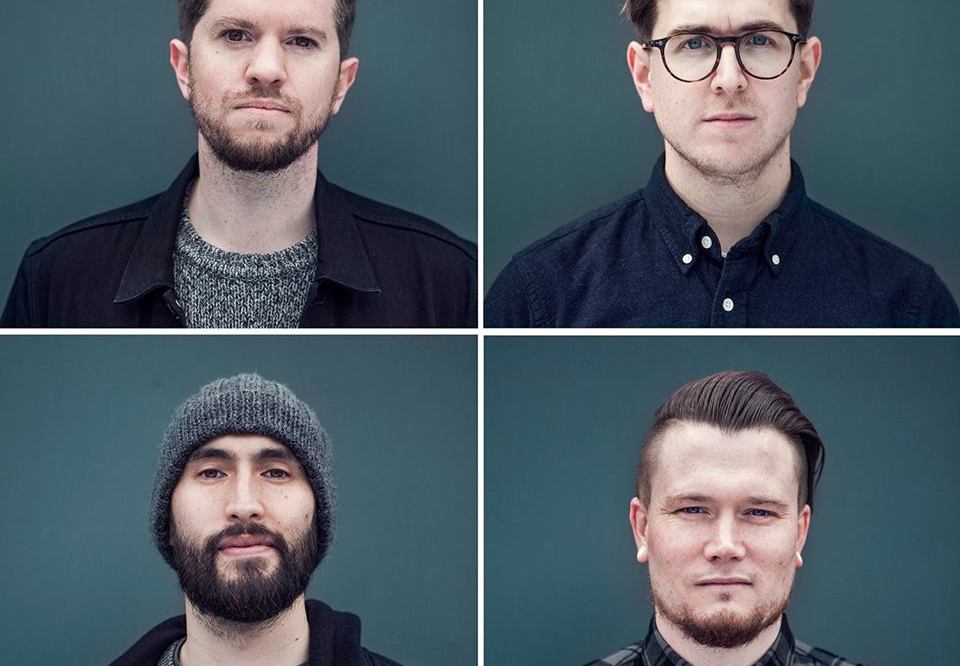 South London rockers Hey Gigantic are back with a ‘new old’ track that suggests exciting things are coming from the band through the remainder of 2018.

Colours is the latest track taken from a session working with producer Neil Kennedy (Milk Teeth, Creeper), which also included energetic previous single Passenger. And it’s a song that’s been doing the rounds at Hey Gigantic for a while, going through several edits and reworkings.

As frontman Jonny Bateman explains: “I think the key was simplification, cutting out all the bits that weren’t important. (It was) just a case of less is more, which is sometimes harder than it sounds! Also playing live for a while gives you a better feel for the song and what does or doesn’t work with it.”

It opens up with a repeating riff over big smashes of cymbals then drops into a fun laid-back verse: “On the surface, on the surface, on the surface she still has the part, Underneath it, underneath it, tearing her apart, She can barely breathe, Screaming come on back to me.” The guitars drop out leaving Jonny’s more strained vocals “And I see colours flooding back, We knew this wouldn’t last” then the guitars kick back in and lead into a big singalong chorus with vocals supported by an enjoyable high-pitched guitar lick. A second laid-back verse follows, gradually building up to another smash of the high-energy chorus, which returns one last time after a brief moment of calm.

Colours typifies the Hey Gigantic high-energy rock sound with passionate, catchy vocals and fun guitars aplenty. On the single, Jonny explains: “It’s written about the end ofa relationship as one person leaves for what they believe to be something better with someone else. But they wind up losing their personality to try and make it work, realising their mistake they scramble to get back their real self and true colours.”

“It’s just about appreciating a good thing when you’ve got it and don’t take it for granted and most importantly be true to yourself.”

And this is just the first taste of new Hey Gigantic music for 2018, with more tracks on the horizon. As Jonny tells us: “We’ve got more songs mixed and ready to go, we’ve just taken our time over it and opted for the single release approach as that seems to work well with today’s music consumer. People are impatient and can only handle one song at a time! Haha, OK not everyone! But most people, it’s just the way it works with platforms like Spotify these days. So we will still release an EP but maybe as 7-inch vinyl version or something. We’ll keep you posted!”