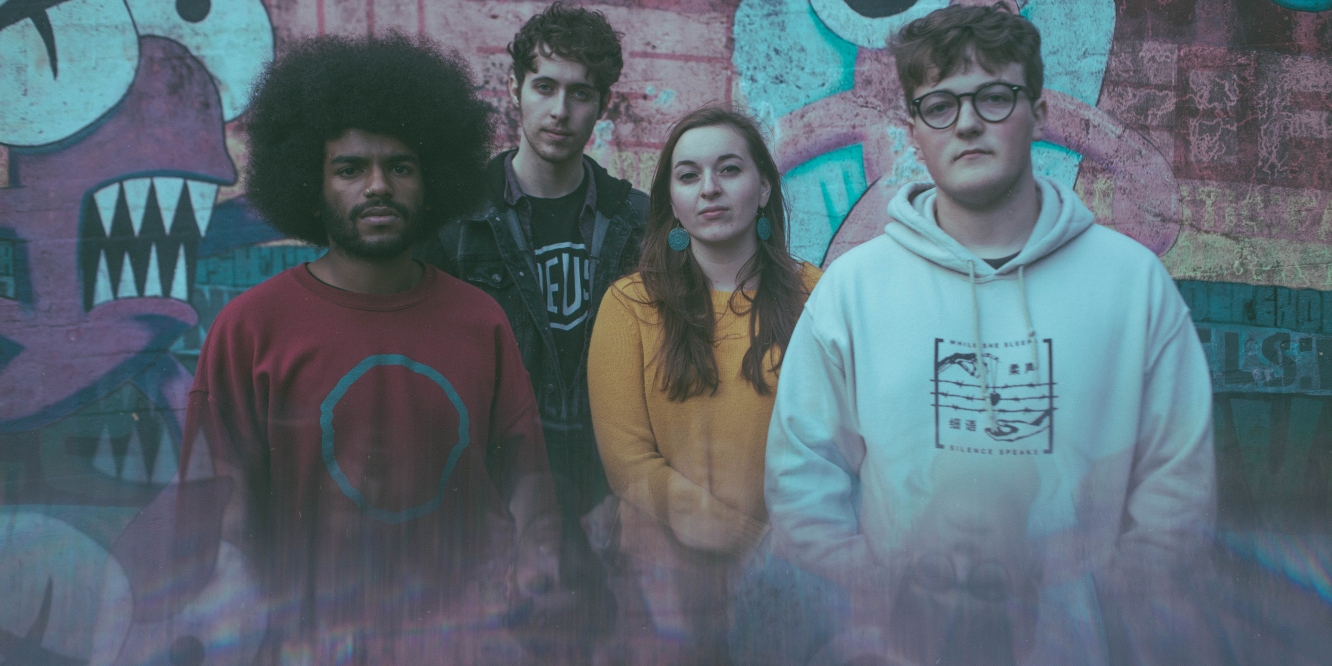 Another week is almost done and dusted, and what better way to celebrate than with a batch of brand spanking new music.

So pop the headphones in, turn it up loud and let us guide you through Friday with some delicious new music.

The south-west rockers’ debut album tracks the ebbs and flows of their six years as a band, mixing big rocky post-hardcore – as displayed on tracks like XX and Headlines – with more edgy, but chilled out tracks like the delicious Spires and the calm Smiling (numb) that’s dominated by Katie McConnell’s impressive vocals.

The album is packed with huge riffs from Karum Cooper but the standout for me is a toss-up between the second and third tracks. The huge Behave opens up with a chugging bassline then chunky guitar chords and driving drums. A wah-infused winding guitar riff kicks in supporting Katie’s huge vocals then a big energetic chorus takes over. Driving riffs and pounding drums take over, then wild guitar noise feeds into a big guitar solo before one final chorus.

While next track Sorcerers opens up with an awesome jumpy guitar riff that feeds into a laid-back opening verse supported by a cool distant guitar line that drops into a chorus of Katie’s powerful vocals supported by the big opening riff. A big guitar solo comes in under Katie smashing out huge vocals.

Opening up with fuzzy guitars, it dives into a big guitar and drum opening then drops into a verse of frontman engaging high-pitched vocals “Hello it’s been a while since I sat down and spoke to you, I used to always talk to you, remembering that smile, The laugh that drove me wild, Oh god you were so selfish.” The pace picks up as the vocals become more intense in the chorus of “And every word that you had said to me, Was so cold, I never thought you’d leave me here that way, All alone” that’s closed off with a blast of guitar chords. It’s seriously catchy and nicely rocky, and you can check it out in the video below.

The Norwich rockers – our New Band of the Week last August – have followed up the success of their Tabula Rasa with a delicious new single Foxes. A flickering guitar intro leads into a singalong verse then a more upbeat chorus, dropping into light vocals “Can you hear the foxes creeping in the garden, Can you hear the ghosts coming through the walls.” Then more animated vocals “Well I found a fox and she spoke to me, Well this is all that I need, She asked me if I could stay for tea.” It’s pretty random, but deliciously infectious. Check it out in the video below.

From Inside – When I’m Breathing Without You (EP)

Liverpool rockers have a simple mission: ‘to offer listeners something which will help them through the dark times in their lives.’ And they achieve just that in the piano and synth-infused metal sound on their second EP.

It opens up with a piano-led intro to Helpless, with delicious clean vocals coming in over the top then a smash of screamed vocals then big singalong vocals “What’s the point in starting new we only end up being used.” Then a synthy intro to Before I Leave is joined by a smash of guitar chords faintly supported by backing piano and synth, before big screamed vocals are answered by clean responses. Check it out in the video below.

But the track that first attracted me to the band is the fantastic I Need To Feel Alive, which opens up with piano, then darting violins, before big guitar chords and pounding drums join the party. Then screams of “I just can’t do this by myself anymore, I know the feeling ‘cos I felt it before” over huge drums and guitars and a cool darting piano line feed into a huge chorus.

When I’m Breathing Without You is out now on Spotify, and you can follow From Inside on Facebook, Instagram, Twitter and YouTube. You can also see the band supporting Hawthorne Heights and SHVPES in Manchester on 21 October. More info on that is here.

Swedish extreme metal extraordinaires Bitch Hawk give us the first glimpse of their upcoming second album – their second this year – with its title track JOY.

Combine the lead singer from Satan Takes A Holiday with an internationally renowned jazz guitarist and a wildly impressive drummer, plus Pelle Gunnerfeldt, the producer behind The Hives, Refused, The Hellacopters and more, and you know you’re in for something special. And Bitch Hawk deliver it in spades with this romp of pounding drums, looping guitar riffs that you can’t help but smash your head along to in appreciation. Check it out in the stream below.

On the new track, the band say: “Being a nihilist and all means you don’t really come across joy that often. Sometimes that volatile feeling of joy passes you by, you get a taste for it. Before you know what to do with it, it’s gone. You go back to being a negative force on your surroundings and question humanity.”

But go on, let a little joy into your Friday and give this beaut a listen. JOY is out now on Spotify, and you can follow Bitch Hawk on Facebook and Instagram.

Ukulele-led rock isn’t something you’ll come across – this is a first for us – but Cleveland, Ohio quarter The Sonder Bombs fuse ukulele and vocals from frontwoman Willow Hawks with upbeat melodies and rocky distorted guitars.

Title, the first single from the band’s debut album, which is out on 12 October, plays less heavily on the uke influence than some of their previous material, taking a more edgy, feisty punk stance that’s surmised perfectly by the opening lines: “I don’t want to be your merch girl, I wanna be your goddamn idol, And I don’t wanna have to work twice as hard / For the same motherfucking title.”

Willow’s delicious vocals are perfectly complemented by winding guitar licks that lead into a similarly feisty second verse of “What’s more modern than a female rockstar, The kind you wanna picture on her knees, I don’t plan on being anyone else’s, So I’m not a priority.” It builds up to a big mash of shouted vocals then a cool section of ascending guitars and pounding drums that feed into the closing line “I don’t want to be your merch girl, I wanna be your goddamn idol.” Check it out in the video below.

Parisian rockers Atlas For Home have served up a tasty combination of pop-punk meets alternative rock, with a French twang. Opening up with the hugely enjoyable Charming Call, followed by the sing(shout)along Join The Club.

But the standout song on the EP is fifth track Home, which opens up with big blasts of guitar chords then drops into a verse that gradually builds in rockiness, then dives into a fun punky chorus of catchy singalong vocals over pounding drums.  Check it out in the video below.