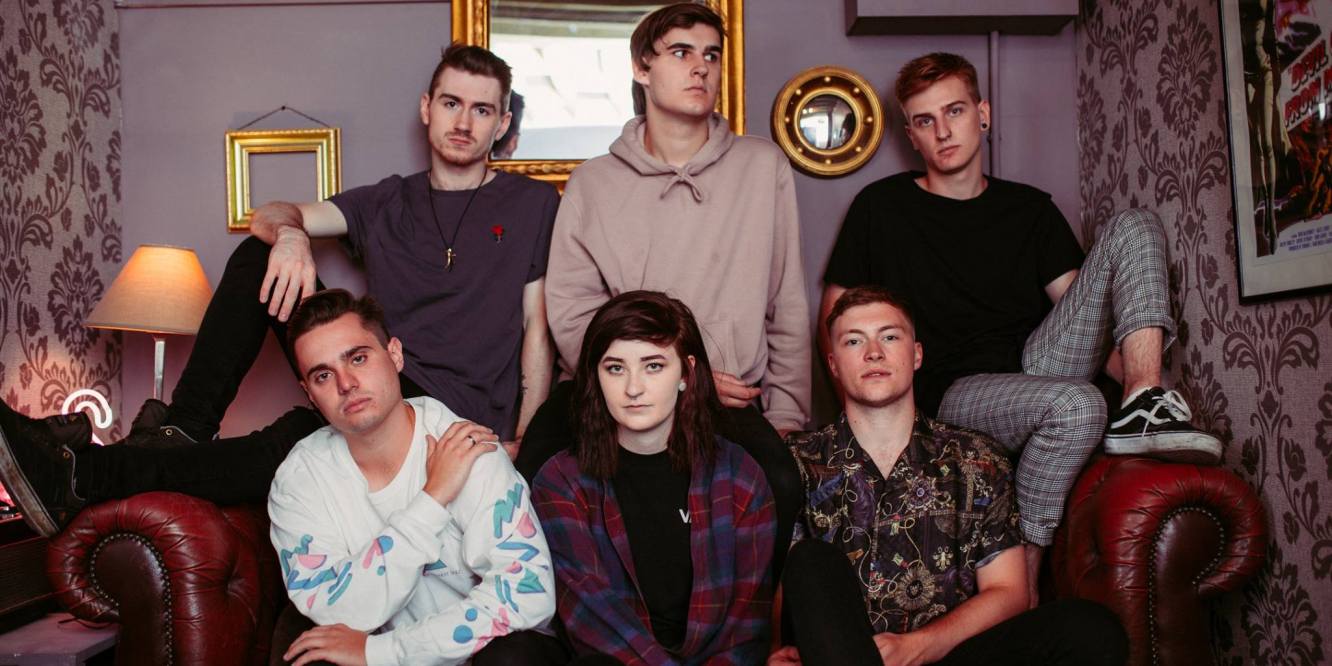 We’re keeping it 100% British in this week’s New Music Friday. And have we got some great new music for you.

Turn it up loud and enjoy this feast of the best in new British music.

As Everything Unfolds – Despondency (Single)

The High Wycombe’s six-piece continue to build their growing reputation for producing solid gold bangers with this gem of crushing metal laced with delicious melodies, a teaser ahead of their new EP Closure, which is out on 19 October.

Despondency opens up with a hit of drumsticks then an almost gothic sounding smash of guitar chords in-sync with pounding drums, it drops into an opening verse of Charlie Rolfe’s engaging vocals over a funky looping riff. The big guitars kick back in as the vocals increase in intensity, then a brief pause gives way to a huge chorus.

The big fast-paced riffs take over and lead into a section of high-pitched vocals over stabbing guitars, then another chorus drops into a lengthy laid-back section of chilled synths. Charlie’s high-pitched vocals “I’m not here to save the world, I’m trying to breathe on my own desires, Take this pain and save yourself” are joined by building synths and guitars, then a huge scream gives way to heavy guitars to bring the track to a close.

One the track, Charlie says: “People feel despondent all the time without necessarily being aware of what that feeling really is. The track captures the frustrations felt for someone who pushes this feeling on you, drawing you back and tying you down when all you want is to push forward.

“Imagine wanting something so very badly, and the intense pain and anger felt towards a person whose actions block your path, leaving you feeling helpless and trapped. These people might one day gain your forgiveness, but you’ll never forget what they did… or let them bring you down again.

“As much as I wrote this song as a testament of my own feelings, I hope people to relate to it as well. When people listen to this song, I want them to know that they’re not alone, no matter how different their situation may be from the next person.”

Check out the latest banger from the AEU crew in the video below. You can also see As Everything Unfolds for yourself as they head out on tour with TheCityIsOurs across the UK next month, and play Castlefest in Luton today. More info on all their gigs is here.

Our New Band of the Week from last month release their debut album today, and what an album. Fusing elements of metal, thrash and punk, the Southampton quartet were always going to be big on energy, but this album simply takes your breath away.

It opens up with lead single Salvation, which opens up with punky riffs and choruses then goes out with a Slayer-esque smash. Check it out in the video below. Then Brick By Brick opens up with a fast-paced driving riff that’s soon joined by shoutalong vocals, then a cry of “So shame on me for living free and being who I want to be” gives way to a huge punky chorus.

And the punk-meets-metal goodness just keeps on coming with Moral Compass, which opens up with a sole bassline then gradually builds up in intensity led by Deklan Webb’s hugely enjoyable, distinctively raspy, powerful vocals. A huge stabbing guitar riff appears out of nowhere and launches into a meandering solo then drops into more awesome vocals supported by gruff screams as the song kicks into overdrive.

Next, Daybreak jumps straight into a huge fast-paced metal intro that develops with high-pitched and bursts of low-tuned guitars playing off against each other. A delicious singalong chorus of “And I’ll be gone, Forget my face and carry on, It’s easier that way, It’s easier for me,” kicks in, then drops into crushing vocals and pounding low-tuned guitars. Check it out in the video below:

On what is a superb debut album, the excellent Deadly Sins particularly stands out. There’s a real Metallica-esque feeling to the track, opening up with a clean guitar lick that feeds into a verse of low vocals that gradually build in intensity with a sweeping guitar solo looping over the top. Almost growling guitar chords jump in as the song continues to build towards a huge smash of awesome guitars. The intensity reaches breaking point as we’re launched into a booming bassline, then a wild guitar solo over driving riffs and drums that continue alongside screamed vocals then feed into a last blast of the chorus. It’s breathless, brilliant stuff.

But there’s no time to relax as we’re launched straight into the frantic Fire Inside, with wild guitars and huge chugging chords powering away throughout, then igniting with a huge solo mid-way through. There’s a brief pause for breath, then a wild blitz of high-pitched guitars feeds into a smash of powerful guitars then another awesome solo.

The huge riffery and shredding is almost never-ending, including the excellent Burnout, which shows the real power of Deklan’s vocals amid a mass of pounding riffs. While Blacklist opens up with a ridiculously good intro, dives into a really cool section of drawn-out vocals then the pace picks up with a series of shouted vocals and huge rolling drums and guitar riffs. A really cool repeating high-pitched guitar comes in over pounding chords to take us to a heavy ending.

This is a seriously good album from one of the most exciting new British bands out there. And it reflects what Deklan told us inspires their music: “Sometimes after a shitty day you just want to come home and jam out, vent all that’s been rotting you through the day, and others, inspiration just strikes out of nowhere and its almost second nature to convert the emotion into lyrics or chords. It’s nice to find a sound that resonates with your thoughts.”

Weekend Recovery – In The Mourning (EP)

Some deliciously edgy punk-rock from the Leeds garage-grunge punk quartet, with an EP that follows on from their debut album earlier this year, which we reviewed here.

The EP kicks off with the delicious Bite Your Tongue, which opens up with a smash of guitar chords, then a laid-back opening verse that begins “I never wanna swallow dust, Why can’t I seem to conquer your love” launches into an energetic chorus of “You say you wanna go faster, But you keep going slow, You say you wanna get high but you keep getting low,” followed by some really cool ‘oh-woh-oo-oh’ vocals. A dirty fuzzy guitar riff kicks in supported by driving drums then drops into a final chorus. It’s a really cool, catchy and interesting track.

Then In The Mourning sees the band mix things up a little, starting with an almost desert rock sounding riff then big sinaglong vocals over a stabby riff and dancey drumbeats, then a chorus of powerful repeats of “In the mourning.” Check it out in the funky video below.

On My Knees typifies the Weekend Recovery sound, with verses dominated by frontwoman Lorin’s vocals, with a winding guitar riff and palm-muted guitars that explode into life in a lively chorus “On my knees, on my knees yeah, Begging you please, begging please.”

The EP closes out with I’m Not That Girl, which opens up with a laid-back verse “I’m not like every other girl that you know, I’ve been fighting them off since forever ago, I’ve been cutting my hair, Playing football with the guys, Come on man why don’t you open your eyes, I’m sorry mum I’m not the girl you wanted me to be, My clothes are tattered, I got stuck in the tree, Come on down little girl, Wipe your eyes, Be like everyone else ‘cos they all love the lies.” Then a big chorus of winding vocals over driving guitar chords and driving drums drops into a second verse that opens up “I’m not like every other girl that you know, I play on my PlayStation most nights alone.”

Northampton’s tech-metal masters are back with a first taster of their upcoming second album. Nine Levels opens up with a flickering synth sound then guitars and ‘woh-oh’ vocals over pounding drums, then drops into a laid-back opening verse. The pace picks up as huge driving drums kick in, then drops into another chilled verse with a funky little bassline under winding vocals. A big cry of “Let this be a mistake” sees piercing guitars come in over huge low-tuned guitars, then more pounding drums drive us into an engaging, busy chorus. Check it out in the stream below.

We’ll be hearing more from VFTF ahead of their album, so stay tuned for more from them soon. Nine Levels is out now on Spotify, and you can follow Voices From The Fuselage on Facebook and Twitter.