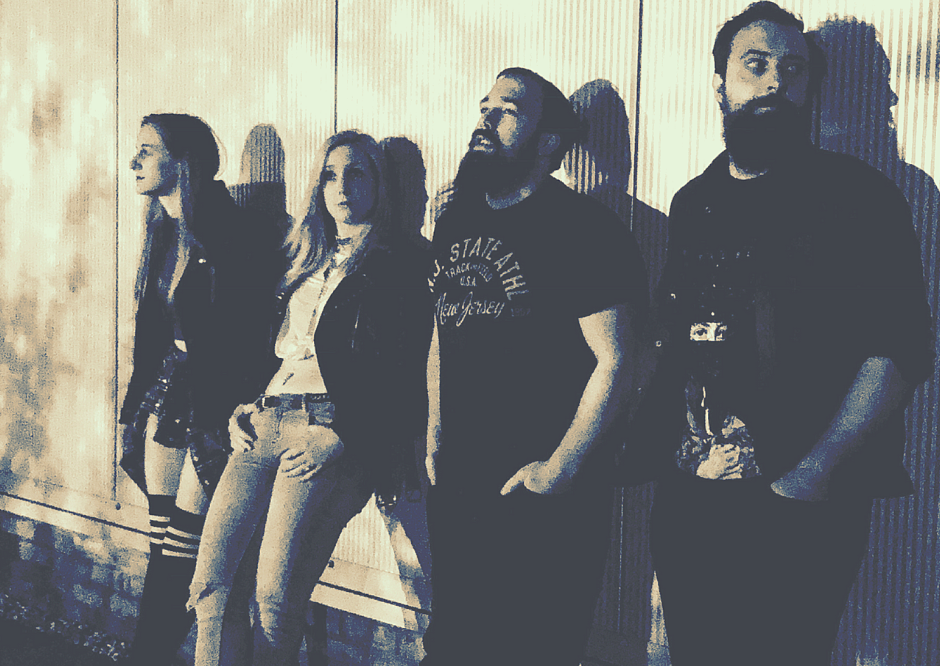 “P!nk is completely badass and stands up fully for what she believes in and she doesn’t care an inch what anybody thinks of her,” says Flawless Carbon’s frontwoman, Lauren Diamond. “She comes across as incredibly strong and down to earth.” While you might be forgiven for reading references to the #MeToo movement across the band’s latest release, Back Streets and White Lies, there was no agenda or feminist viewpoint behind the stories being told.

Based in Kent, the latest incarnation of Flawless Carbon are keen to talk about how collaborative their writing process is. For the most part, the lyrics originate with Diamond, “but not all of them. I write the bones of the lyrics but everyone has an input. Sometimes we change things up a little, sometimes they change completely,” she says.

The band’s love of the Blues helps them gather ideas and work together to create their songs. Diamond tells us they: “Love what we play because it’s raw and honest. That’s the Blues vein running through making it emotional and uncompromised… that gives everything a really truthful foundation.”

And it’s not that the group haven’t experimented with their stage personas. “We’ve tried to be the cliché rock band, to dress up, but we’re much more comfortable with just who we are. Just a young, comfortable, indie rock vibe,” says guitarist Rob Freeman. “I might try to emulate Blondie just a little bit,” interjects Diamond.

As well as being true to themselves in their appearance, what matters for Flawless Carbon is getting that authentic Blues sound. “Straight-forward guitar tones and classic sounds are us and what we do,” says Ben Gower, drums. “I saw a videotape of Eric Clapton in concert and I described it like he was singing through his guitar,” adds Freeman.

While Diamond shares: “My first proper experience of the Blues was my Dad showing me a song by Joe Bonamassa. Until it got to the chorus, I couldn’t work out that it was Stop! by Sam Brown. That’s what I love about the Blues; the ability for it to adapt and change meanings of already created tracks.”

Listeners could think Back Streets and White Lies is a retrospective. Not so, they say, that was covered in their previous release A Good Day To Feel Blue. “We love the newer modern edgier rock that’s upbeat and uplifting, that people can just engage with,” says Diamond. Freeman expands: “This EP was actually about modernising our music. With this EP, we’ve tried to take all the amazing aspects of the artists who fuelled the rock genre in the 60s, 70s and 80s… but we’ve used much more modern influences.”

Those modern influences have a real spread across genres; Royal Blood, Black Stone Cherry, Kaleo and Joey Landreth to name a few. Add in the inspiration of gents as random as John Entwistle and Elon Musk, and bassist Katie King’s childhood introduction to “jazzzzz” and you see the real melting pot Flawless Carbon are pouring from. It’s this they’re using for their long game: “world domination.”

“So many people are talking and writing about the death of the rock generation,” says Diamond. “What’s going to happen when the big rock gods die out? Is rock a dying genre?  We think, ‘no.’ Did you see the videos from the latest Rolling Stones gig in London? The stadium was mixed with all generations of people. Those people still want to see stadium-filling rock bands.  That’s our aspiration.”

The others agree that the greats (U2, Elton John, Queen) still sell out venues to all generations but that the industry needs to have a little more belief in younger bands trying to fill those big shoes. “Talent and quality takes time, but God it’s worth the wait,” says Freeman.

It’s clear Flawless Carbon have major plans on their horizon.  They “really really” want to tackle SXSW and SOON and believe they’ve got the mettle to tackle stadium gigs in the future. Next, however, it’s some more hard graft, in Diamond’s words: “Do more festivals, bring out more music and get more people behind us.”

You can see Flawless Carbon in action at Lot 7 in Ashford, Kent, with Salvation Jayne tonight (18 October) and The Harp Restrung in Folkestone with Sky Cassettes and The Ramshackles on Saturday (October 20). More info on their gigs is here.