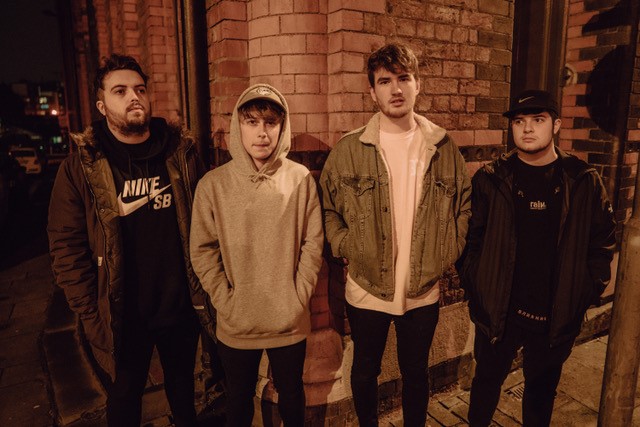 On the lookout for a bit of archetypal feel-good pop-punk goodness to get your teeth stuck into in 2019? Then look no further than Newcastle quartet Better Days.

The band originally formed back in February 2016 after a lot of behind the scenes planning, which saw Graeme Costello (vocals and guitar), Joe Cooper (guitar), Zachary Burnside (bass) and Michael Bivona (drums) join forces to create a concoction of everything that’s good about pop-punk.

As the band tell us: “We’ve tried to combine all our favourite eras of pop-punk. We approach all the songs with the mindset of combining all our most loved elements of 2000’s pop punk and the new modern side. So summed up, we’re trying to sound like a perfect mixture of All Time Low’s So Wrong It’s Right and The Story So Far’s Under Soil & Dirt!”

The latest offering of this pop-punk amalgamation is brand new single Headway. It opens up with a bit of reverb that drives into a big blast of punky chords then a verse of high-pitched vocals of gradually intensifying palm-muted guitars. A big singalong chorus of “‘Cos you think I’m falling behind, I think I’ll be alright, Without you dictating my life, Oh I know I’ll be just fine” that’s pretty much impossible not to sing along with.

A livelier second verse follows, which builds into almost shouted vocals “I’m making headway, Growing up with a smile on my face, Always felt the weight of the world, But I’m finally feeling weightless again” that flow into another catchy chorus. Check it out below:

That followed on from their debut EP What You Did To Me back in November. From which A Lesson In Struggling To Cope is about as pop-punk as it gets, with punky chords over a little riff to start then dropping into a catchy verse. A more laid-back “Too young to die, but is this really living?” gives way to an energetic chorus of call-and-answer vocals. The opening riff comes back in for the second verse, with palm-muted chords giving way to more intense vocals that are driven by pounding drums, then drops into a cheeky little guitar solo. Check it out below:

On the EP they told us: “It’s been great. We’re so stoked to finally release this EP as we’ve been sat on it for over a year now. For anyone who hasn’t heard us before, it’s the best introduction to Better Days that we could offer. It’s the combination of a lot of hard work and we’re all super proud of it. It’s fast, catchy, classic pop-punk songs!”

The EP unusually opens up with two very short tracks, of which the second, Lucky, is an intense romp of relentless drums and almost screamed vocals.

That’s followed by the catchy Thick Skin, with its funky opening riff then singalong vocals supported by a meandering riff. While next track Woe Be Gone is a little bit more edgy, with big shouted vocals “I’ve been searching for the best part of myself, And for the longest time I’ve been unsuccessful” leading into the ridiculously catchy chorus vocals “I prayed for hope and I got nothing in return, I’m still losing sense of who I am and my friends tell me, I’m not the person I used to be, I’m stalling yet again, And I’ve got nobody to blame this time, Just my own sins to repent.”

The EP is packed with fun, high-octane pop-punk that’s perfect for throwing on whenever you feel the world’s against you and fancy something to shout and scream along to.

Unsurprisingly Better Days have drawn influence from the likes of Blink-182 and Green Day through to The Wonder Years, Neck Deep and State Champs, with wider influences including the likes of Post Malone and The 1975.

And in terms of what inspires them to write music, they told us: “Mental health awareness has always been a theme at the forefront of our songs and message in general, even down to our band name. It’s a topic we all hold close to our hearts and we would love to try and help spread awareness.”

The band are currently recording their second EP, which they hope will be out in the summer, and they’ll be out on their second headline tour shortly.