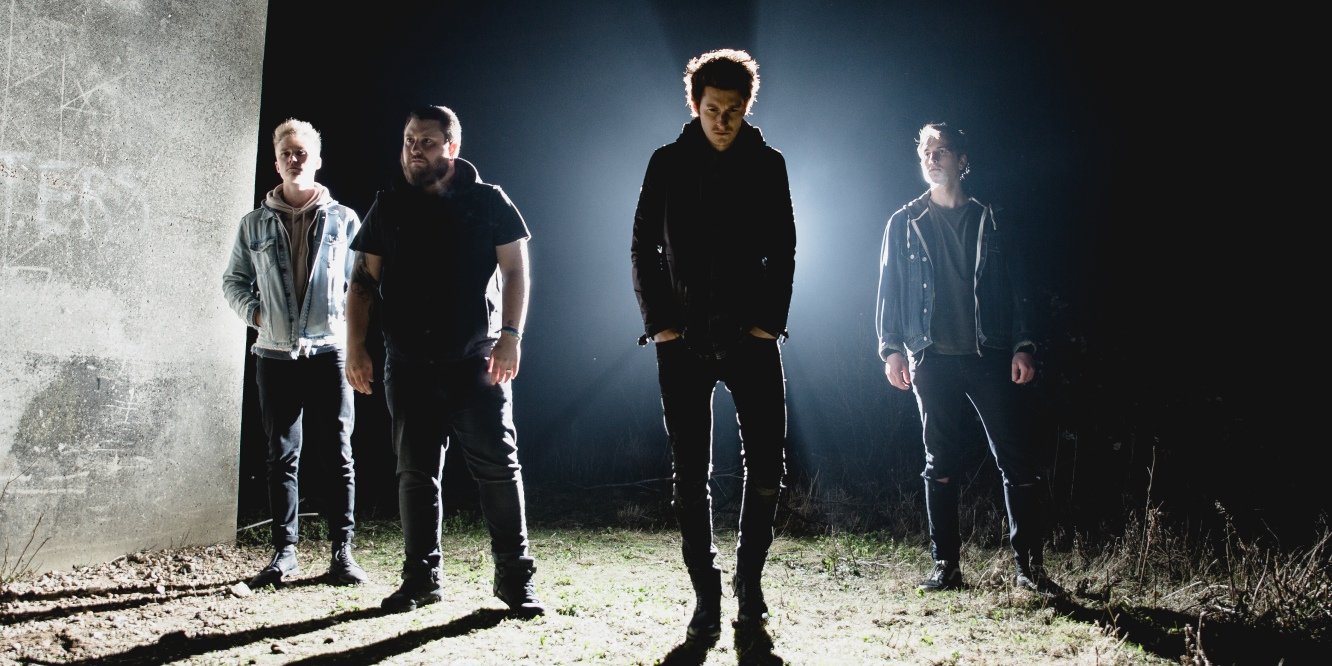 The North American arena rock sound is present in all its glory with the emergence of exciting Rochester band I Within. The band deliver powerful vocals and big riffs in an anthemic, emotional blast of hard rock that they describe as “raw, gritty and thoughtful.”

The Kent-based band have been together for around a year now, having formed out of the ashes of a band that Logan Wolfe (vocals and guitar) and Dom Lingham (guitar) had been a part of before adding Ollie Peck (drums) to the mix.

Our first taste of what’s to come was the release of debut single Being Human in February, and it’s an impressive introduction. It opens with a big rocky guitar intro then drops into an opening verse dominated by Logan’s engaging drawn-out vocals. The intensity builds with big cries of “I can’t feel you anymore, I watched you walk right out the door” building up to a huge singalong chorus “There’s nothing in your eyes that I can see, Alone and terrified, It makes me weak, That’s being human.”

A second chorus is followed by a darting little guitar lick that suddenly drops down into light guitar chords, then repeats of low drawn-out vocals “I tried my best to make things right.” A distant guitar lick builds up to repeats of the same vocals in a big, powerful outro that ends on the line “I tried my best at being human.”

It’s infectiously catchy, really powerful and a seriously impressive debut single, check it out in the video below:

On the track, Dom told us: “The response has been absolutely overwhelming. We had hoped for a positive reception but never knew it would be THIS positive. And we’re just very thankful that those who liked it, gave us the time to tell us.

“I’d say it’s hard to know what to expect from the song as the lyrics can be interpreted in so many ways depending on your own experiences but Being Human is very much about feeling like you can’t do much right, and mess up a lot, and I think that anyone who is feeling like that right now, can definitely relate.”

The influence of bands like Breaking Benjamin, in particular, and Three Days Grace are pretty apparent in the I Within sound, so expect plenty of filthy riffs and anthemic vocals.

On what inspires their music, Dom tells us: “Every song for us has some form of theme. Whether it is about loss or anger, or about specific topics. If someone’s going through a bad time that’s similar to an experience we’ve had, we want them to know they’re not alone.

“We all come from pretty varied backgrounds and have dealt with quite a lot, and I think that shows in our music. Some of us never really ‘fit in,’ and so bullying and mental health are issues we like to tackle. We’re not just picking a theme and running with it, we have lived these situations and hearing our music can probably do listeners some good if they think they’re alone. Music is an amazing thing!”

2019 has already been a big year for the band, having released their debut single and played a Camden Rocks all-dayer in London at the weekend. You can catch them at Green Door Store in Brighton alongside our pals in Hear Lies on Sunday (21 April), more info on that is here. They also plan to release two more singles this year, so stay tuned for more soon!