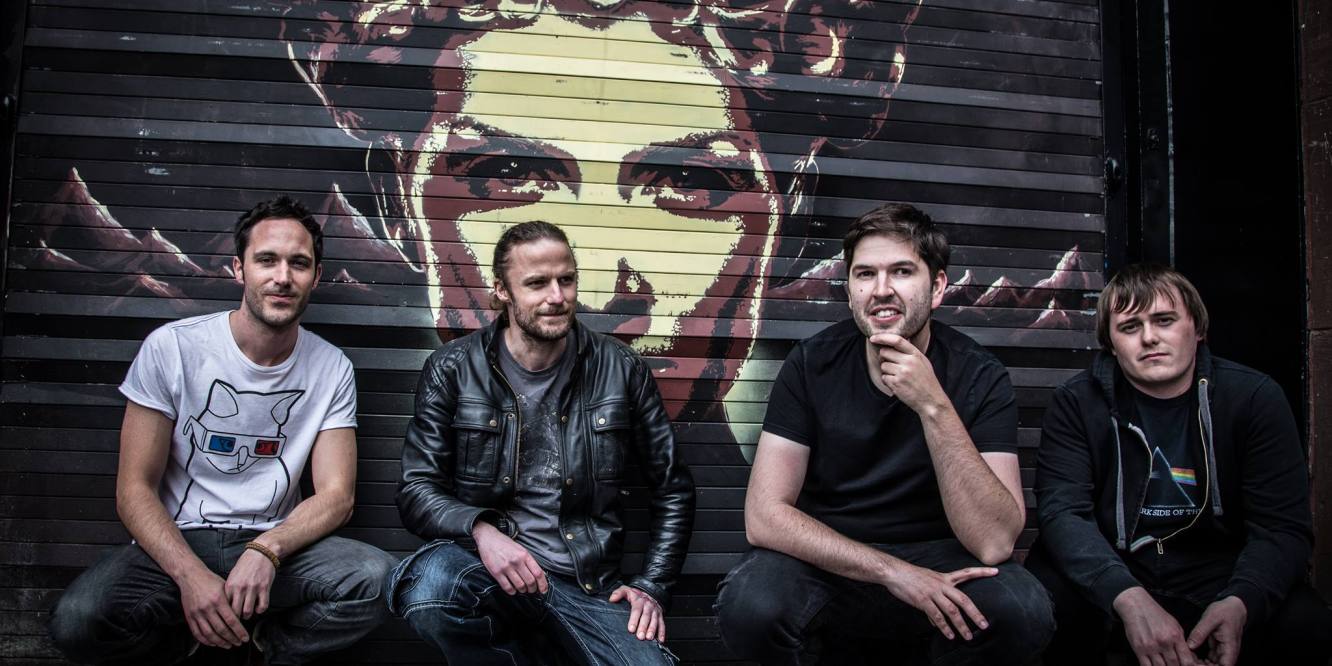 North Wales quartet Dying Habit have honed an intriguing alt-rock sound that deviates between the beautifully melodic and the darkly menacing.

The Bangor-based band, formed of Nathan Jones (vocals), Alan Hart (guitar), Steve Allen (bass) and Mark Jones (drums), initially started jamming together around eight years ago. But they only officially formed as Dying Habit in 2016 when, as they put it: “We discovered that what we were writing and playing was pretty special and that we had really good chemistry playing together.

“Also, the music we were making wasn’t really like anything around, so we had a desire to get out there and show people what we are about. The band really came about through our shared love and passion for music and the escapism that it provides from daily life. We don’t really function as well without the music, don’t fit into society.”

On what inspires them to write music, they told us: “Enjoyment, escapism, topics that mainly people like ourselves would relate to. People who take a different view of life and don’t just think what the media and society want you to think. Our songs are about our personal issues and the issues most people are facing in every day society such as anxiety and depression, caused by the pressures we are all put under.”

They’ve since gone about fusing an edgy rocky sound, on which they tell us to expect: “Something different from the norm, a melting pot of melodic, melancholy and riffy elements.”

Our first taster of this is debut single Unrealities. It starts with light guitar then a looping riff under low laid-back vocals “What’s all the noise, the voices and screams, It’s only 7am, it’s only 7am, What the hell am I doing up?” then shimmering cymbals feed back into vocals that build up to a bigger chorus.

Piercing guitars linger under delicious high-pitched vocals “Lost here with you lost here with you, Play the game that makes us real, We’re falling into a trap, We love what we do, Illusions, Unrealities” with rolling drums pushing it along. A section of the opening riff answered by palm-muted guitars gives way to a verse that gradually builds in intensity and feeds into another chorus. Check it out in the video below:

The band draws influences from 1990s alt-rock of the likes of Therapy?, Smashing Pumpkins and Radiohead through to more recent bands like Katatonia and Karnivool yet, as they tell us: “But then again, we don’t really sound like any of them.”

They claim on Facebook to have “A style we believe is unique among the current alternative rock genre, avoiding the use of the direct and plain while staying accessible.” And from what we’ve heard so far, their music is edgy yet engaging and enthralling, and very much different to anything else we’ve heard recently.

Their second single should be out in June, having just wrapped up their latest batch of writing new music and recording.