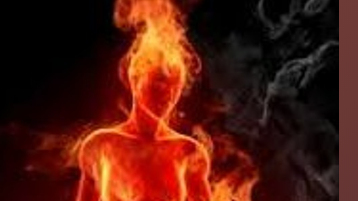 This is the beginning of a brand new feature on GigRadar. We signed up for SubmitHub and got an absolute mass of great new music sent through to us, so we thought we’d start a new feature to profile some of these awesome new bands.

As we like to say: Discover the music you’ll love. Our first featured artist on Discover This is Las Vegas-based one-man-band project Solo Silent.

Give Wrath a listen below, then check out our interview with the man himself, Cody Pierce, below that.

GR: Who are Solo Silent? And where are you from?

Cody: “Solo Silent in its current form stands as a solo act in composer, bassist, keyboardist and vocalist Cody Pierce.

“For the Wrath recording I would like to give credit to Adi Itrat on guitar, James Longoria on keys and Kyle Abbott on drums). I was born and raised in Austin, TX and had a slew of projects there. Relocated to Las Vegas, NV, two years ago and have revitalized the compositional spirit, ready to take over the world once more.”

GR: You just released Wrath. What should people be expecting from the song? What inspired you to write it?

Cody: “Yeah, so Wrath is an interesting one. I wrote it about 4 years ago with my previous band, Blaqmajiq, and it was actually a staple of our live shows (the few we managed to play with a cascade of drummer issues, but that’s another story. But just at the end of last month I finally got around to recording it professionally.

“I wrote the bassline and lyrics for Wrath in the course of a single booze-drenched, drug-fueled evening, following the presumed rejection from the woman I had been pining after and pursuing for the better part of 1.5 years – I won her over a few months later and she’s mine to this day, ha!

“Although the initial subject matter obviously didn’t still hold true, it was a time of such rollicking emotions and out of control behavior that I think it’s a track that’s always going to resonate and connect with people of all walks of life – not to mention it’s a fuckin’ badass song!”

Cody: “I’ve always described my style to people as alternative/progressive rock with a dark dance feel, leaning more towards dissonance and minor keys. Real heavy shit both musically and lyrically that pumps you up and makes you lose yourself to feelings of invincibility and wonder while simultaneously dragging you into a void of despair.

“I guess you could call my compositions ‘balanced’ in that way. Wrath particularly straddles the line between hard rock and gothic, while still maintaining status as one of my most straightforward arrangements.”

Cody: “A little bit of everything really. You have the standard love and loss fare, songs about government conspiracies and humanity rising up, love-hate relationships with devilishly enthralling vices, betrayal, revenge, crusading, some totally abstract concepts, hell I even have a piece I’m working on currently called Anime Is Real. I suppose you could call me a serial dabbler!”

Which bands/musicians are/have been your strongest musical influences?

Cody: “So I initially decided I wanted to be a rocker 15 years ago when I was first introduced to a little band called Muse. They had just broken into the US scene with Absolution and the sound just inspired me so much that I picked up a bass a week later and have been writing and in bands ever since. My key influences would have to be early Muse, Queens of the Stone Age, Kasabian, The Presets, Nine Inch Nails, Radiohead, Rammstein, & Depeche Mode. I think I do a pretty decent job meshing this amalgamation of influences with my own style, but that’s for you to decide!

Cody: “This year I’m looking to get into the studio as I’m able to lay down 4 more tracks (all completed and ready to go) for a 5-song professional-quality EP, which ideally I’ll be right back here sharing with everyone. Once that’s done I’ll be on the lookout for a drummer and guitarist who dig the vision and style, and prep for shows in 2020.”

GR: Anything else you’d like people to know about Solo Silent?

Cody: “You know, I just want people to know that the folks who become a fan of the band, or leave feedback on a song, or even just listening to the song, you’re really what the industry is all about. I try my best to create music that provokes deep thought and sometimes base emotion, but it doesn’t mean a thing without the listeners.

“You’re truly the lifeblood of an artist, and I want to thank all of y’all, as well as GigRadar for the support and opportunity. Stay tuned, I will have some stuff coming out in the Fall that I think you’ll be just as excited about as I am! Cheers!”

You can check out Solo Silent’s music on Soundcloud.