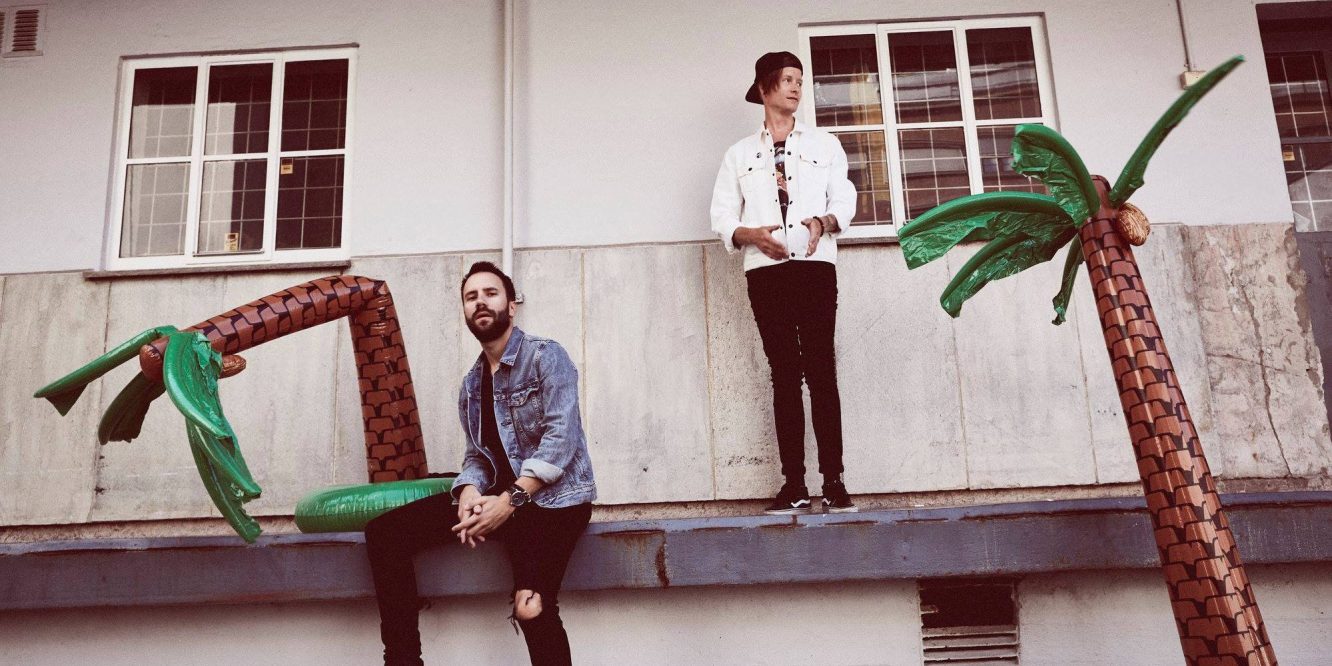 Brighten up your weekend with the pop-punk sound of Norwegian band Beach of Diamonds. The Oslo duo have honed a fun, catchy rock-meets-punk-meets-pop sound through a series of singles over the last couple of years.

We took a listen to the Beach boys’ latest single Home Without A Home, which launches straight into a lively opening verse “I grew up in my Grandma’s house, A house up on a hill, I was stuck there with my parents, Waiting for a thrill.” That feeds into a singalong chorus with bursts of trumpet cutting through rolling guitar chords, then a big drum roll kicks into a heavier second verse.

The second chorus gives way to a cool laid-back guitar solo over driving drums, then drops into repeats of “A story about growing up,” before building up to a final blast of the chorus and a rocky ending. Give it a listen below:

We had a chat with drummer Sondre Paulsen to get the lowdown on the band. Read on below…

GR: Who are Beach of Diamonds?

SP: “We’re a pop-pop-pop-rock duo from Oslo, Norway. Sondre Paulsen is playing the drums and Michael Markussen in charge of the singing and playing the guitar. We usually write our music together, mostly at Sondre’s apartment while drinking a lot of coffee.

GR: You just released Home Without A Home. What should people be expecting from the song?

SP: “It’s one of the very first songs we wrote together and I think we changed the arrangement about 20 times. It’s a tune reminiscent of youth lost and youth enjoyed and it’s a story of one of our favourite artists. It was fast and fun to play so we decided to record it.

SP: “We are inspired by all kinds of music and every song has its own theme. It’s usually the two of us that are writing the music, but we also write music with other songwriters and producers.”

GR: What have you got coming up through the rest of 2019? New music, new gigs, recording etc…?

SP: “We’re doing a couple of festivals and gigs throughout the summer and are soon finishing new tunes to be released this autumn…”

SP: “You should check out this playlist which we created with a bunch of other cool bands from Norway.