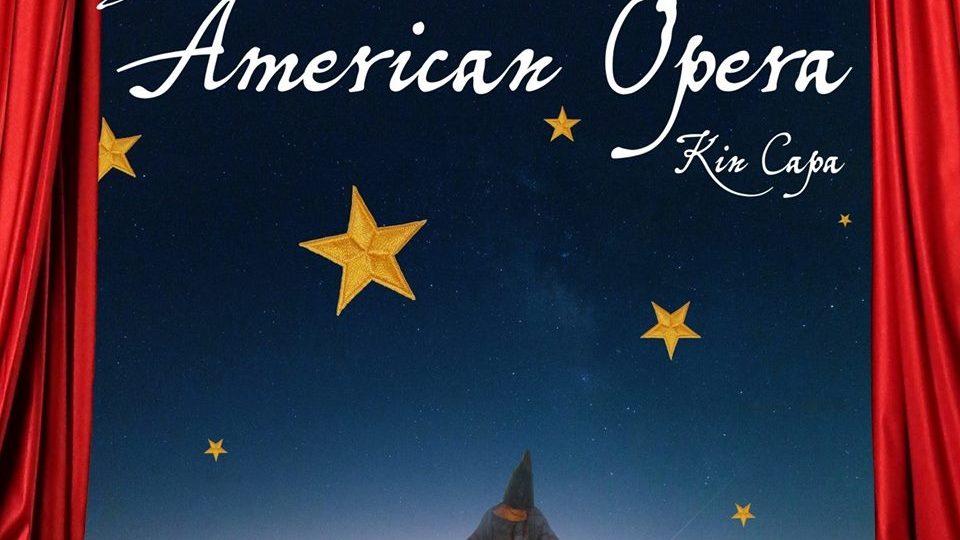 One-man-band Kin Capa has fuelled a rock sound that he describes as Opera mixed with Nirvana – which instantly had our intrigue levels going the roof.

The New York native, now living in the Hollywood Hills, sent us his second single, Feal, which has been followed by his debut rock EP The American Opera, which is also well worth a listen. The latter was produced and mastered by Duncan Stanbury, who’s also worked with Jaz-Z and J Dilla, which further fuels the intrigue.

Feal opens up with light guitars under high-pitched guitars, with the flickering guitars gradually building up to a big singalong chorus “You know the way I feel, Show me it’s real, You go away, I pay, It’s never quite the same in my brain.”

A more intense verse continues second time around, with a bit of a creepy edge to the vocals, then a couple more chorus repeats before ending on drawn-out vocals over light guitars. Give it a listen below.

The aforementioned EP is a little rockier in style, opening up with the really cool intro to Prison Suit: Underture. That suddenly drops into the more funky Sum1, which opens with a really fun laid-back verse. While there’s a little more glamour to the dramatic American Opera, then a hell of a lot more funk to the really cool, rocky Rootz Generation, and an operatic feel to final track War Psalms: Overture. In short, this is an EP with a hell of a lot going on and mixes things up hugely.

We had a chat with Lee Capa – the man behind Kin Capa – to find out more about him and his music. Read on below…

GR: Who are Kin Capa?

LC: “Right now, Kin Capa is a one-man, two-handed band from New York City. There’s a rumor out there it’s from California. But my two hands can’t play it all at once, so we’re recruiting. Non-musician types preferred. I don’t want Kin Capa to play like a wedding band.”

GR: You sent us Feal to have a listen to. What should people be expecting from the song?

LC: “Feal is a song about a fealing. One about running away and doing something outlandish and inexplicably self-nurturing, like pursuing a career in stripping at nursing homes. You can expect misspelled words and fuzzy guitars. More weird characters and art, as always. If you check out the libretto on the website there’s a photo of the character that goes with it.”

LC: “Kin Capa sounds like a King and Queen merged into one opera singer performing in a Nirvana cover band. I build my sound with lots of layered guitar tracks and vocals. I’m a frenetic guitar player. I guess you could call it psychedelic but all music is. The idea for this album is to create a rock opera that’s equal parts silly and moving and impenetrable.”

LC: “I am influenced by everyone and everything I love and hate on a daily basis. Kin Capa expresses themes of freedom, alienation, and one’s roots. There’s easter eggs that I hope people will catch, everything from bits of Italian to a 1910 Broadway play by way of Moscow. I don’t think we get to choose our identities or our influences.”

LC: “Hank Williams, Sr., Eddie Cochran, Syd Barrett, Iggy Pop, The Buckley Family, Nasir Jones, and Anohni the most. Basically any singer who’s all heart and has an uncompromising attitude.”

LC: “Hopefully I’ll just continue to write good songs and make a decent living…be able to eat and survive. We have merch coming soon that I’m really excited to see on people. I’ve had some requests that we’re trying to work into the designs. The aesthetics of the project make for really interest apparel.”

LC: “Yes. As they say in the great White Men Can’t Jump: ‘There’s a difference between hearing and listening.’ I want you to hear The American Opera when you listen.”