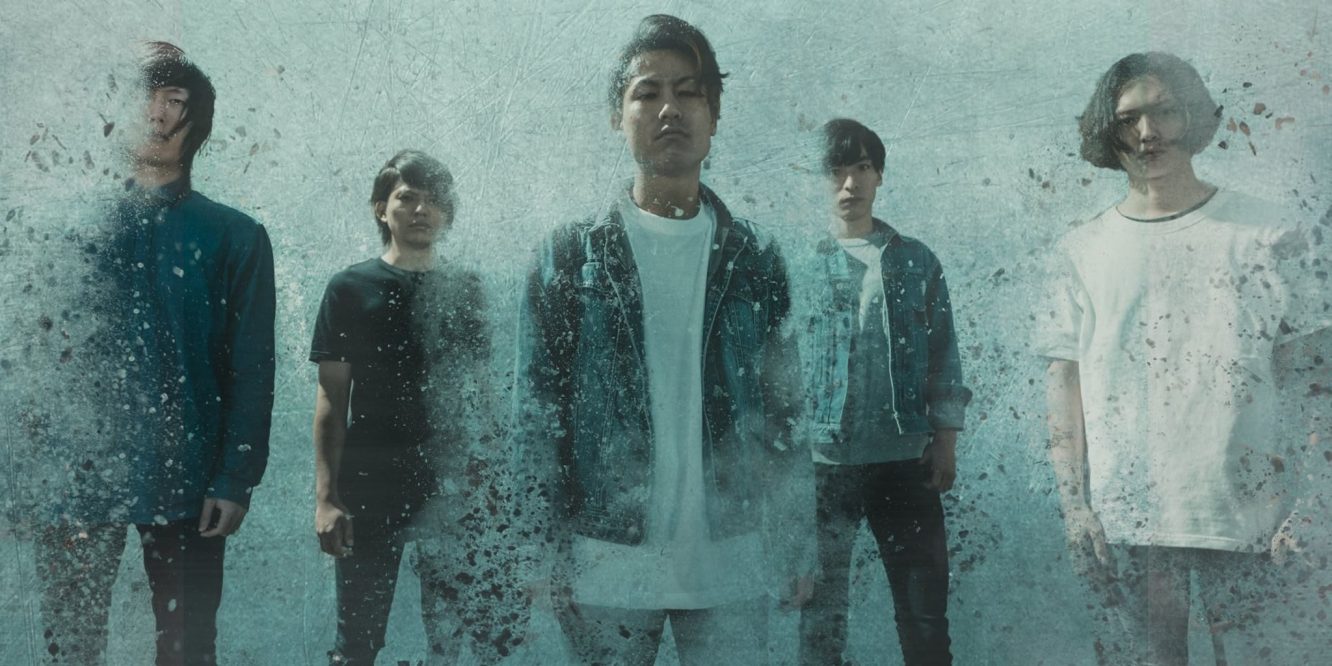 We love discovering new Asian bands, as the cultural and musical influences often make them sound really different from what we’re accustomed to. And that’s exactly the case with Japanese metalcore band Sailing Before The Wind, who fuse delicious melodies with hard-hitting metal.

The band – Bitoku (bass), Kosuke (guitar), Ryoichi (vocals), Daisuke (guitar) and Hiroki (drums) – first formed back in 2011 and have gone through a series of line-up changes, but their delightfully melodic yet heavy metalcore sound has remained throughout.

As a taster they sent us Western Survivors, a track from last month’s double single alongside Eastern Dividers, to have a listen to.

The track opens with building effects-ridden guitars then dives into a really cool guitar riff. Chugging guitars and twinkling synth sounds support clean vocals, then a more uptempo section gives way to huge screamed vocals and darting guitars in a heavy pre-chorus. It gets all atmospheric through an engaging chorus of clean vocals and a cool winding guitar riff.

Screamed vocals take over alongside pounding drums then a really cool low-tuned riff over driving drums give way to a blitzing guitar solo, which feeds into another solo. The screamed vocals return and give way to chugging low-tuned guitar chords, which drop into clean vocals over soaring high-pitched guitars and unrelenting drums.

The atmospheric chorus returns, and feeds into a really cool section of a more laid-back guitar solo over drawn-out guitars and ends on a fun fast-paced guitar flurry. This is a seriously awesome track from an amazing band, and you can check it out below.

We chatted to bassist and the sole remaining original band member Bitoku to find out more about the band and their music. Read on below…

GR: Who are Sailing Before the Wind?

Bitoku: “Sailing Before The Wind formed in 2011. We’re from Tokyo, Japan.
Since we started, there have been so many line-up changes in those eight years. With the current line-up, the band has been on the road since mid-2016. The last remaining original member is me. I’m also responsible for the songwriting and have written every song and recorded/engineered every song since the beginning of SBTW.”

“A key theme is the fusion of old metal and modern metal. Our music is inspired by the hard rock and heavy metal of the 80s so you can hear the strong vibe of it. But we’re also inspired by modern Metalcore bands like Erra, August Burns Red and Phinehas.

GR: We’ve found a few awesome Asian metal bands. What can you tell us about the Japanese (and wider Asian) metal scene? How does it differ to western metal?

To me, for an independent band, it’s hard to keep touring in Japan. I heard some of the bands in America can live on tours but it’s almost impossible to do that in here for unsigned metal band. Last month we toured with Isotopes, from Australia, and did 7 shows in Japan. But this will be the last tour in 2019, we could only have one tour in a year.”

GR: What have you got coming up through the rest of 2019? New music, new gigs, recording etc…?

Bitoku: “I already wrote some new songs for the next release. I’m not sure whether it’ll be a single or EP or album but anyway, hopefully, it will be released in this year.”