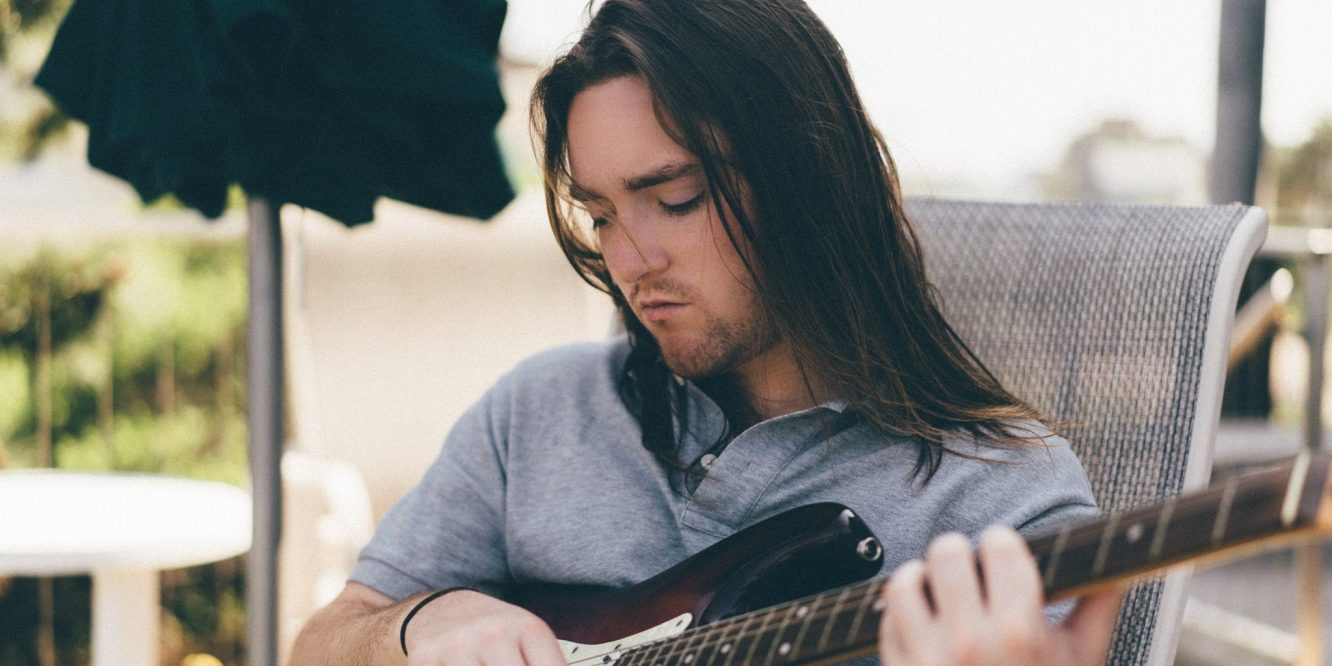 New York-based singer/songwriter Ian McFarland has honed a lively rocky sound with an impressive back catalogue of music released over the last couple of years.

Ian sent us one of his rockier efforts Gravel To Gold – which is out today, so go give it a listen now! – to have a listen to.

Gravel To Gold opens up with a lively little guitar riff, with drums and stabbing keyboards joining in before dropping into a catchy little opening verse of fast-paced vocals. A cool jaunty chorus follows “I walk down the side of the road to find out where they turn the gravel to gold, Lost track of this misery blaze, Still get caught in the pouring rain” followed by the opening guitars and keyboard.

A second chorus is followed by the line “A monsoon or tsunami, I’m not coming home, Not now or never.” The pace drops and builds up to a couple of final smashes of the chorus then big vocals to finish. It’s fun, upbeat and super-catchy, so check it out below:

We had a chat with Ian to find out more about the new track and his music in general. Read on below…

GR: Who is Ian McFarland?

IM: “I am a musician currently working as both a musician and music industry professional in NYC. Currently, for work, I am categorizing musical works by harmonic, dynamic, vocal, and melodic qualities. Analyzing the emotional response of these characteristics and exploring potential commercial uses. In my time that is solely mine, I try to write a song a day. I’m from a small city called Portsmouth which is about an hour north of Boston.”

GR: You just released Gravel To Gold. What should people be expecting from the song? What inspired you to write it?

IM: “Something I enjoy about Gravel To Gold is that the guitar riff is a lot of chord changes at a quick pace, which I think comes from some ska and jazz influence. I was inspired to write it after moving to Los Angeles to chase my dreams of being a performer. Now, these dreams have led me to New York City and I’m sure they’ll take me other places too. I think people should expect more clarity in the recording than in previous releases since this is the first time I’ve stepped foot in a studio to record music.”

IM: “I’d tell them it is highly energetic music that is great for working out. If they enjoy straightforward rock music they’ll probably love this but the twist is that, instead of tuning the guitar to drop D and coming up with a bunch of half time riffs or playing classic rock riffs in E minor pentatonic, I’m focused more on evolving my harmony between sections of songs and creating a borderline theatrical sound through rock music.”

GR: Sounds like a cool approach! What influences you to write music? Any key themes or topics that you write about?

IM: “A key theme through my next releases are struggles with perseverance and self-reliance, this is especially apparent in the lyrics. I think there is only one love song coming out in the next year from me, which is something I haven’t really thought of writing music in that sense. It normally just sort of happens for me.

“The only requirement I need to write music is a guitar, it can even be an unplugged electric which most people do not enjoy the sound of but the biggest thing is I imagine what the rest of the band will sound like as I’m writing.”

IM: “My biggest influences in the past have been artists like Green Day. Honestly the bands I enjoy listening to hasn’t really changed that much, there are just more of them now. For example, I really love SWMRS, Fidlar, Wavves, etc… but I do not necessarily know if the music I write would fit on a stage with them. Given the lyrical themes, it might not be a bad fit on stage with artists like Fall Out Boy or P!ATD. Record labels I dig are Mom + Pop, Rough Trade, Witchita, and so many others.”

“After that, I’m going to have to hit the studio again and go through some of my hundreds of demos I have between my notebooks, phone and computer.”