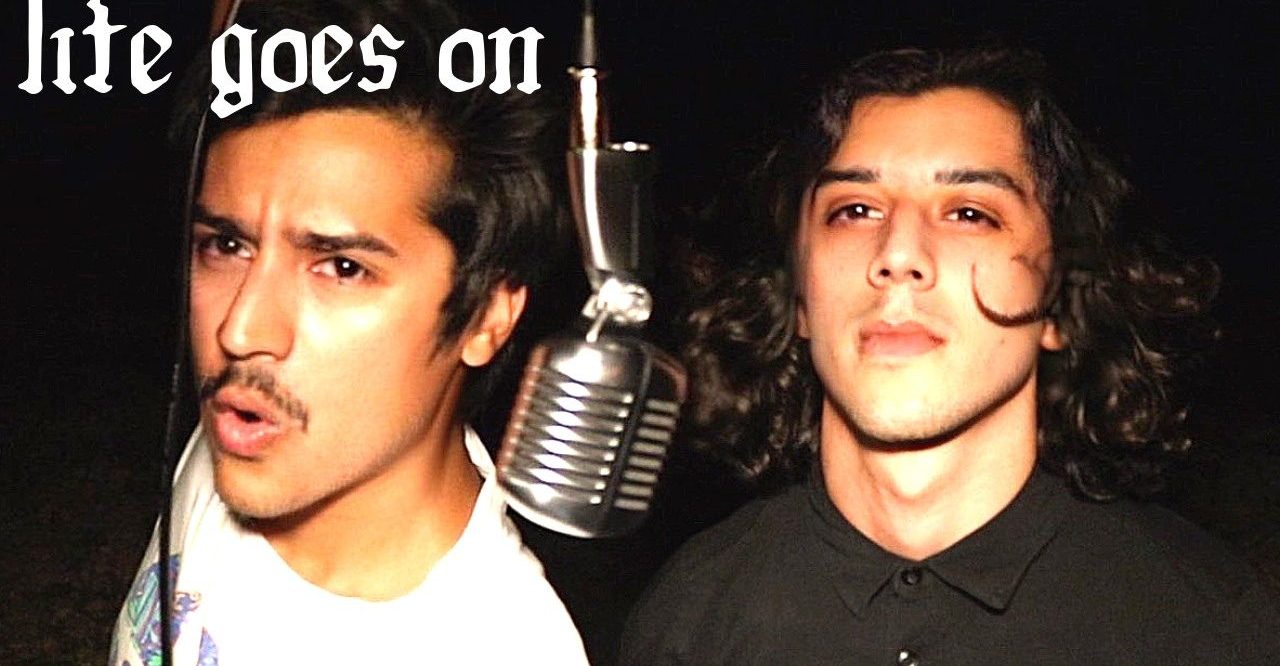 Summoning the spirit of 2000s hardcore, Texas band Nygma have established a reputation for surrealistic lyrics, unorthodox guitar melodies and unpredictable shifts in tempo and rhythm.

The Dallas band sent us latest single Life Goes On, which opens up with flickering guitars then some edgy shouty vocals that drop into more singalong high-pitched vocals as the stabbing guitars continue. A few rounds of “woh-oh” vocals followed by a couple of cries of “And round and round we go,” then a big drum roll drops into a rap by guest vocalist Nicko Bangz – which is fairly random. Check it out below:

This follows on from I Sing The Body Electric, with both tracks coming from their upcoming second album INJUN – which, by the way, follows a 27-track debut album last year. This track opens up with a big drum intro then a cool little guitar solo then drops into a verse led by vocals that begin “Oh Captain, my Captain, the trip is done, The ship is weathered and the prize is won, Oh Captain, my Captain, the bells I hear, The ship is weathered and the port is near.”

It picks up pace in a big singalong chorus with rolling drums and high-pitched guitars over cool vocals. Drawn-out guitars and a big drum roll drop into another verse, before building up to intense vocals and a big flourish to finish. Check it out in the video below:

We had a chat with frontman Burnie Sanders to find out more. Read on below…

GR: Who are Nygma?

BS: “Nygma is a band from Dallas, Texas. The name comes from The Batman influenced antagonist Edward Nymga. The band originally formed by Burnie and Colten Sanders.

“(It was) initially intended to be a side project with no ambition to do anything more than record songs in a studio. After 4 years of writer’s block, the brothers recruited Caleb Dunlap, James Nobles, Daniel Noe, and Nathan Clark to join the band for live gigs. Playing live inspired and reinvigorated the band to write a new record.”

GR: You just released Life Goes On. What should people be expecting from the song?

BS: “People should expect heavy, raw, and genre-bending shifts in tone on this track. It may be jarring to some, but we encourage an open mind. Colten wrote the song as a last-minute addition to the album, and it ended up being a band favorite. We reached out to a friend (Nicko Bangz) to rap on the end due to the soulful and sample sound on the ending.”

BS: “Heavy, yet groovy. We like to experiment with different genres.”

BS: “We touch on everything from Love, Death, Power and corruption. When love influences a song, we dabble in common tropes with love being compared to drugs. We also touch on coming of age themes being covered in hypnotic lyrics.”

BS: “Our musical influences span such a wide spectrum of music. We draw from bands like At The Drive-In, The Mars Volta, As Cities Burn to bands like Toro y Moi, and The Killers.”

BS: “2019 is the year we release our album INJUN on all platforms. We will also be playing all over Texas to support the new album.”

BS: “We are just a passionate group of guys trying to push the boundaries of rock and roll to reach all types of people. Our live shows are insane and fun so don’t be afraid to join in friends.”