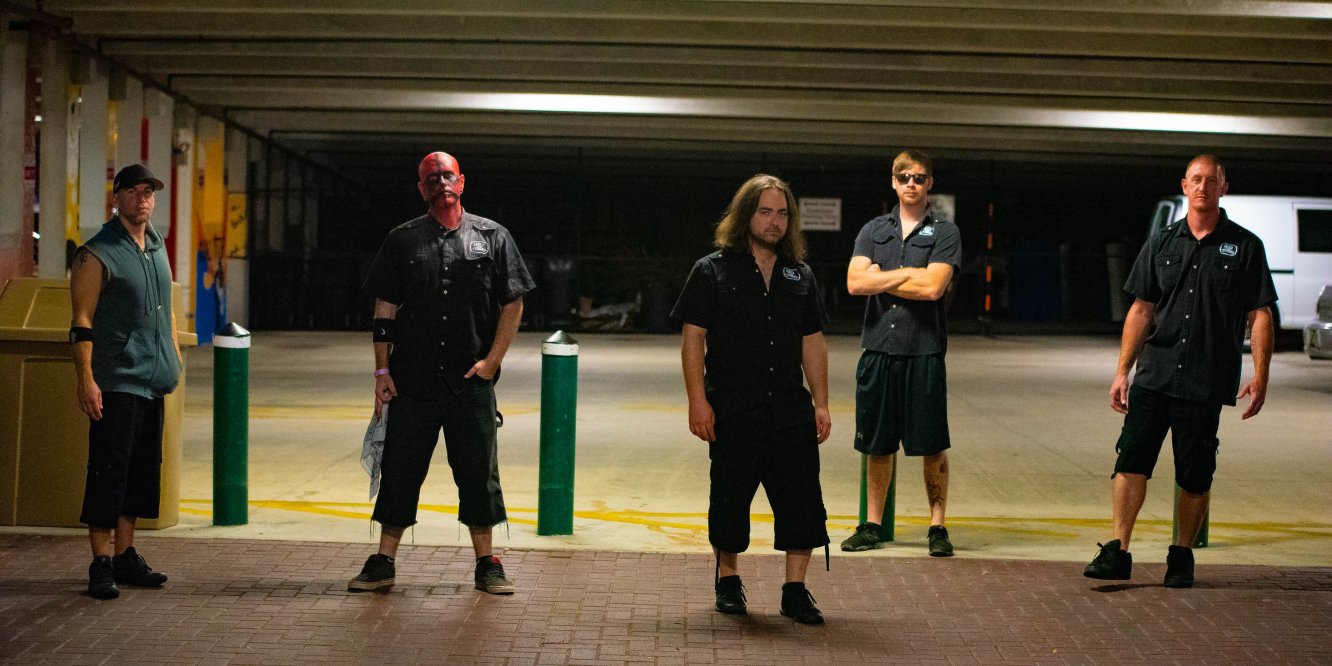 Expect a real melting pot of sounds from Tallahassee, Florida, metal machine Defy The Tyrant. The band fuse high-octane heavy rock with soaring screams and rapped vocals to, in their words, “redefine what ‘alternative metal’ means.”

The band’s original lineup formed around five years ago, but the current members came together just under two years ago. However, they’ve all been around the north Florida music scene for over a decade. As they tell us: “None of us can picture not being in a band. It’s what some people are meant to do with their lives, famous or not.”

They released second EP II back in June, on which they told us: “The reception has been amazing and heartwarming. The people that come to our shows and support us as fans and family are amazing.

“We didn’t just throw our songs on a CD and call it a day. We sat down and thought about the flow of each song, the message behind the words and the intensity of the music. We hoped that this six-song EP allows for a complete listen, from start to finish. The songs have been recorded by the amazing Bret Hestla (Creed, Dark new Day, Vergos Merlot) and we can’t see ever using anyone else.”

The EP opens up in heavy fashion with Tight Rope, which begins with whispered vocals over a looping light guitar before bursting into booming guitars and a barrage of screams that begin “Walking a rope that is starting to fray.” Wild screams suddenly drop into light vocals “We fell off this tightrope that got wrapped around our throat, So tight that we could choke.” Then a spinning riff kicks in under rapped vocals and drops into huge screams of “Tight as a rope” and booming guitars, then feeds into a big singalong rendition of the previous light vocals.

Another big riff supports more screams and builds into a cool guitar solo that continues under another few varying blasts of the chorus vocals in an epic outro. Check it out below:

The EP is packed with energetic metal, including penultimate track Upside Down. It starts with a slow riff that continues under a smash of big booming guitars, then drops into a light verse that explodes into heavier vocals with screams in the background and a booming riff in support.

While on their musical influences they explain: “That’s going to be different from day to day. Life would be the generic answer but we imagine you want more than that. How about, the ever-quickening journey from the cradle to the grave. The never-ending roller coaster of days lost to sedation. The underlying soporific nature of our degrading souls and the mercurial beasts we deal with in our second to second, minute to minute, social media-driven, seizure-inducing things we call lives. Is that better?”

It’ll do very nicely for us, thank you. Defy The Tyrant will be keeping themselves busy with a run of gigs booking them up through to January with talks of getting back into the studio soon.