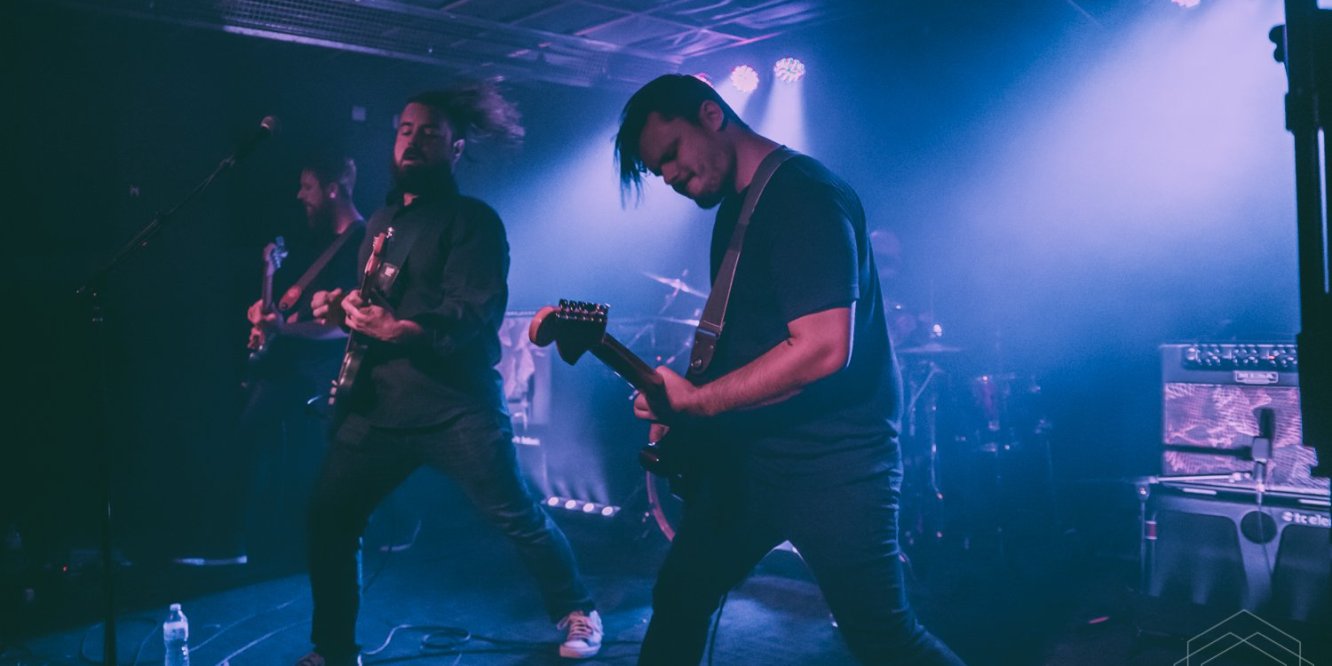 As far as eye-catching band names go, Broken Girls From Affluent Backgrounds is right up there with our favourites. And our intrigue was only deepened by the first words out of their mouths being “We’re the four horsemen of the sonic apocalypse – bringing beautiful chaos to the musical landscape.”

Needless to say, we had a chat with the Phoenix, Arizona band to find out more, which you can read below, and took a listen to what exactly embodies such a bold statement in musical format.

The band sent us Blindspot, the closing track from last year’s debut EP, to find out. It opens up with light vocals then a twinkling guitar lick comes in over guitar chords and light drums that feed into delicious high-pitched vocals that gradually increase in intensity and drop into another round of guitar chords and drums. More intense vocals follow and, just as you think the song is winding to a close, heavier guitars jump in and it builds in atmosphere. Check it out below:

The band excels in tracks that fuse deliciously light, spacey-sounding guitars with engaging vocals in their indie-rock meets post-rock meets shoegaze sound. The EP’s opening track Bridges perfectly encompasses all of the above, starting slowly and building up to a wonderfully powerful outro. Give it a listen below:

GR: Who are the Broken Girls From Affluent Backgrounds?

BGFAB: We’re the four horsemen of the sonic apocalypse – bringing beautiful chaos to the musical landscape. We keep discovering that the best path to our sound is to write organically… And as was once said: “A truly unique sound, backed by heart-wrenching lyrics, powerful vocals and mesmerizing melodies that could only be described as brilliant. Truly tangible passion behind each song. Instead of your feet dancing with the music, it will be your soul.” Or also known as Chris, Mike, Shawn, and Travis…

GR: Sounds intriguing. So what’s the backstory, how did you get together?

BGFAB: “We found each other through happenstance – particles colliding with a singular goal. We wanted to make emotionally evocative music that blurs genres and speaks to the soul as much from the tonality of the instrumentation as the lyrics and melodies.”

GR: You just released Blindspot. What should people be expecting from the song?

BGFAB: “Blindspot has been an incredible journey… parts of the song come from years of exploring how to maximize impact with every note. The song is a slow burn that reaches crescendo just when you think you’ve got a handle on where it’s going next. Expect repeated listens that will both titillate and exhaust you from euphoria. It’s the tale of love, loss, hope, and despair.”

GR: You mention that it’s hard to pinpoint a genre for your music. How would you describe your sound to people that haven’t listened to you yet?

BGFAB: “We’ve tried likening ourselves to similar bands, but generally get confused looks from the obscure references. Melodic dissonance, a dramatic battle between soft valleys and crushing waves of guitar and gut-wrenching vocals.”

BGFAB: “We write music because we’re compelled to do so – translating ideas and feelings into a consumable package that can help connect people… it’s both cathartic and fulfilling.”

BGFAB: “Destined, Minus The Bear, Circa Survive, Caspin, Dredg, Every Time I Die, Deftones, The Dear Hunter, We Are Scientists, Vintage Smashing Pumpkins, Hopesfall,Gojira, Foals.”

BGFAB: “We’re writing new material and focusing on recording a full length later this year for a 2020 release. Vacant has been released as a teaser for the next album and we’ll be promoting a video for that as the LP release gets closer.”

BGFAB: “It’s not easy to dance to, and it doesn’t make for gentle background music. Consumed like a meal that you set the table for, the harder you listen, the more you’ll be rewarded.”