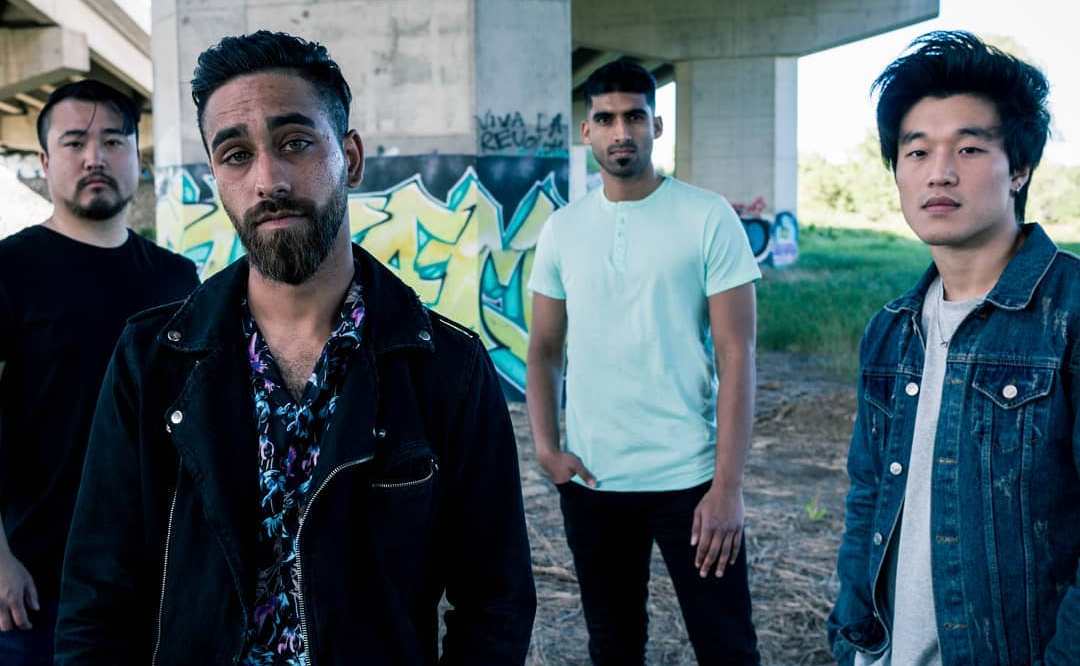 The Toronto quartet initially started out back in 2011 but, after some lineup changes, they’ve come back strong with debut album Bittersweet, which was released at the end of last month.

They sent us the album’s second track Tivoli to give us a taste for what they have to offer. It opens up with a cool twisting riff that drops into a lively opening verse of engaging vocals over funky proggy guitars. The guitars kick into another gear as the intensity builds, then drops into a mellower section of laid-back vocals and lighter guitars.

That soon drops into a cool little section of bouncy guitar riffs that feed into lively vocals, then more funky guitars take over again to bring it to a close. It’s a seriously cool track, and you can check it out below:

A personal favourite track is the album’s superb opener Revolving Door Syndrome, which opens up with an awesome blitz of guitar then drops into a funky little spinning riff. Chilled vocals take over, supported by fast-paced twists of guitar and drums, before dropping into intense screamed vocals over heavier guitars. It mixes things up throughout, throwing in sections of slower, mellower vocals and moments of savage heaviness. Give it a listen below:

By total contrast, third track Lovers totally chills things out with electronic sounds and drums under laid-back more R&B feeling vocals. There’s also the brilliantly named Two Viles of Venom and a Mouth Full of Promises, which opens up with a smooth riff supported by stabs of proggy guitars. Laid-back vocals take over in this super-cool progressive rock track.

We had a chat with drummer Carl to find out more about the band. Read on below…

CS: “Mirrelia is comprised of Sung Jun Park (guitar / backing vox), Nick Lobo (lead vox), Carl Sequeira (drums) and Jimmy Lee (bass). The band is located in Toronto, Ontario, Canada. Mirrelia was originally started in 2011. After the original lineup disbanded in 2015, the new members met up through mutual friends around the Greater Toronto Area and began working on a new album.”

GR: You just released Tivoli. What should people be expecting from the song?

CS: “Lyrically, we were going for a straight forward approach to talk about dealing with the monotony of life and trying to break out of that cycle to achieve what we think is happiness. Musically, we went for an upbeat, yet intricate instrumentation that still gives the vocals enough space to shine. We wanted to blend together technical playing, bright textures and catchy melodies to give listeners something fresh.”

GR: How would you describe the Mirrelia sound to people that haven’t listened to you yet?

CS: “Honestly, it’s hard to describe the sound because we just sat down and wrote what naturally came to us. If you needed to define it, it’s somewhere between a mix of rock, metal and R&B.”

CS: “Everyday life and experiencing the ups and downs of various relationships. The key theme is ‘Bittersweet’ – the title of the album. It outlines the bittersweet experiences of young adulthood.”

CS: “This is a hard one as well! One of the interesting things about the band is that all four members of the band listen to different genres and artists. A couple of us were listening to a lot of hip-hop, R&B and electronica and another couple of us were listening to post-hardcore and progressive metal. While we were writing, we weren’t thinking of what we wanted to sound like, so it just turned out the way it is.”

CS: “Bittersweet, our 8-track album, was released on November 22nd. We will have a variety of media content available on YouTube and other social media sites. Looking into the future, we will start announcing shows in the new year. Going further into 2020, we are hoping to get back into the studio to work on new music.

CS: “We were originally looking for a studio and producer to work with, but eventually decided to track, mix and produce the album ourselves to see how our vision would turn out. We hope you like it!”