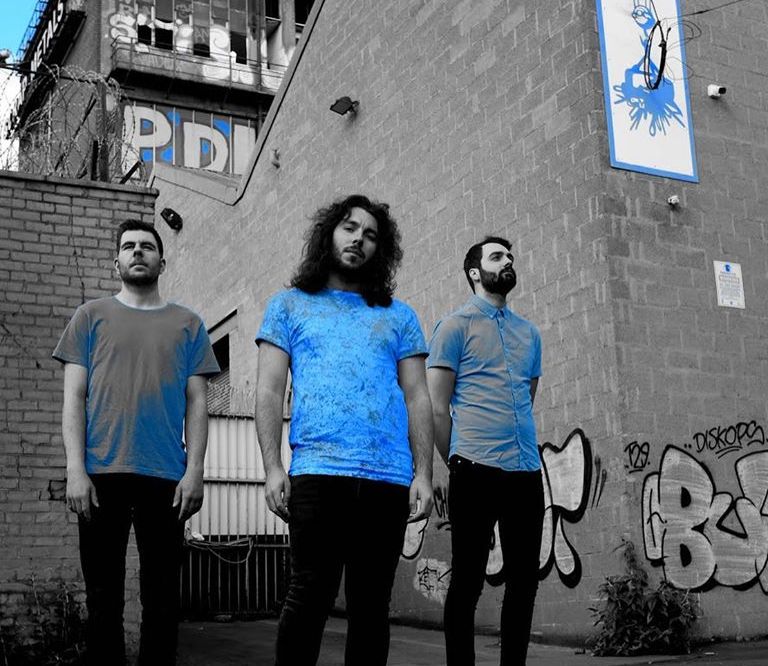 Get your fix of infectiously catchy singalong rock with Newcastle and Sheffield-based newcomers Ten Eighty Trees. The band have released a host of intriguing singles over the last year or so, ranging from big rocky numbers to more melodic efforts, and we think you’re going to be hearing a lot about them as we move into 2020.

Frontman Nathan Newton tells us that the band was formed out of necessity: “A band I was in was forced to pull out of a gig on St. Paddy’s Day that I had organised. Struggling to fill the now vacant slot at such short notice, I decided to see whether it would be possible to bring some people in to play some leftover songs I had been working on.

“Knowing Michael as a solid energetic drummer from our days at Uni, I asked him if he’d be up for doing the show and if he knew any bassists. That was essentially how I was introduced to Lewis. Three quick rehearsals and a short five-song set later and Ten Eighty Trees came into being. The energy from creating and performing music together just felt so intense and liberating. It quickly became apparent we were on to a winner with the band.”

Our most recent proof of this is Something In The Blood, which was released at the start of last month. It opens up with stabbing guitar chords that continue under intense vocals that drop into lighter repeats of “You don’t know” intersected by cool little twists of guitar then bigger cries of “My mind.”

Those are repeated and followed by heavier guitars that are joined by big cries of “There’s something in the blood” and big engaging, high-pitched vocals. A guitar solo takes over as the cried vocals continue to bring the track to a big rocky ending. Check it out below:

On the track, Nathan tells us: “It feels like a real return to our rockier roots, more in the vein of Something Feral and Lip Service than say a more melodic number like Casual Habits. I love big riffs and fat grooves and Something in the Blood has those two things in an abundance I feel.”

This is the most recent of six single releases from the band thus far, the previous of which offers another intriguing taste of what they have to offer. Superbloom opens up with fuzzy guitars and a high-pitched lick that feed into laid-back chords then a lively little riff. A laid-back verse takes over, with light, drawn-out vocals then a building pre-chorus drops into high-pitched repeats of “Superbloom” over a darting riff. Check it out below:

Nathan tells us the band’s musical influences are pretty wide-ranging. “Our influences are so wide-reaching as individuals let alone as a band,” he said. “I’d say, sonically, I’ve never really been able to shake the sound of those first three Foo Fighters records from my aural pallet. That sugar rush you get from those big guitar parts and intense and melodic vocals have definitely informed my style of writing from excessive listening in my formative years.

“A less apparent influence would likely be an act such as Thee Oh Sees. I find John Dwyer’s ability to maintain such a level of creativity and eclecticism whilst being so prolific is truly inspiring. We definitely attempt to maintain the stylistic traits synonymous with Ten Eighty Trees whilst toying with what can be adjusted around those sounds, much like that of Thee Oh Sees’ writing style.

“As for me personally, I had an uncle who played guitar, and a friend at school who had just started learning as well. I think seeing experiencing music in that close a proximity was the first time for me that it really felt tangible and like something I could do. I’m not really sure where the songwriting came from for me, but that was the motivation to find likeminded people and start a band. Just flesh the music out properly and let people hear it.”

Nathan describes the Ten Eighty Trees sound as “unpredictable, volatile and zealous,” and further expands by telling us it’s: “Loud and abrasive, yet riddled with earworms that’ll be rooted in your brains for days.”

You can expect to hear more from the band soon as they tell us they’re “returning to the studio for quite a while to cook up a TenEightyStorm.” So we’re expecting new music shortly.