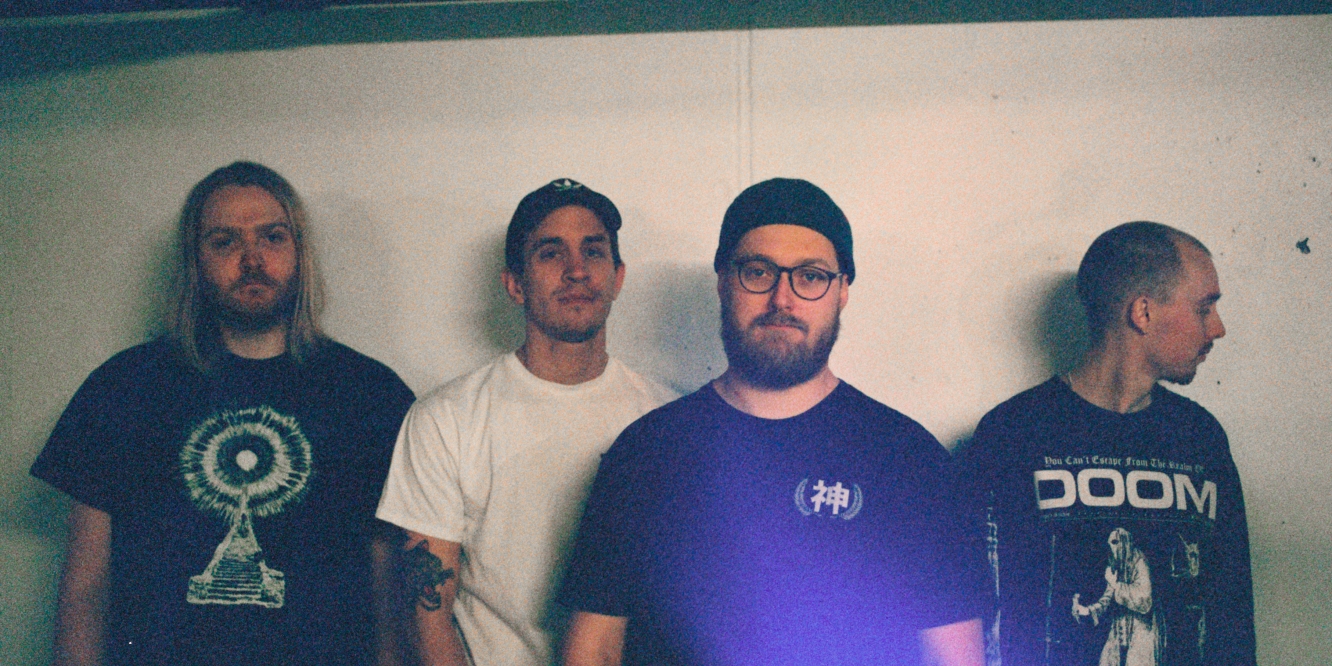 The Oslo quartet – completed by Tarjei Kristoffersen (vocals and guitar), Dennis Estensen (guitar) and Joakim Karlsen (bass) – have honed an intriguing sound. It’s melodic yet heavy and has all sorts of “proggy-ness” going on underneath the surface, which Johan describes as “emotional, big and hard-hitting.”

The band is formed of a group of friends, of whom some have studied music together and have varied musical backgrounds. As Johan tells us: “We all listen to a lot of different music, ranging from jazz, hip-hop, electronica, pop and everything in between, but rock and metal is the biggest common ground we have. We all listen a lot to bands like Mastodon for instance. So yeah, nothing new here. Just a bunch of guys that want to ascend to rock n’ roll superstardom.”

And the first step towards that goal was the release of debut album Paradise last month, on which Johan told us: ” It goes without saying that we’re extremely excited for people to hear the album! After all it’s our first full length release and we wrote it way back in 2016. It’s been a long time coming. Sound-wise you can expect a blend of aggressive hardcore with big and emotional themes of metal and post-metal. There’s a bit of progressive stuff in there as well.”

Perhaps the most definitive representation of the Oberst sound is the superb Dreambeast, which fuses dreamy, atmospheric instrumentals with moments of raw intensity. There’s also a really cool section of progressive metal, with darting guitars and funky little riffs being thrown around. Give it a listen below:

And a personal favourite from the album is second track A Stranger Place Pt. II, which opens up with lively guitars that continue under Tarjei’s intense screamed vocals. The vocals intensify into throat-wrenching screams in a cool chorus that drops into a lively riff over pounding drums. Give it a listen below:

There’s so much goodness to enjoy on this album, including most recent single Parting, which we played on a recent episode of our GigRadio podcast. It’s about as peaceful and melodic as metal and hardcore punk will ever get, yet still subtly heavy. Give the track a listen here:

“We all have different favourites from the album. Fiends is one of those songs that ‘has it all’: a catchy chorus, a driving verse, cool guitar solo, and a weird progressive ending with a lot of stuff happening. It’s really fun to play live too. Dreambeast is also one of our favourites. It’s got such a unique sound and we think it’s really well written too. It’s sort of the title track of the album, even though it’s not called Paradise.”

Interestingly, the band also produced the album themselves, even though none of them claim to be producers. And Johan told us this that while this, of course, proved difficult it also gave them a lot of choices.

“We produced the album ourselves, and, since none of us actually are producers, this threw a lot of challenges in our direction,” he said. “Every single creative decision was made by us. We learned a lot from this, but it was quite time-consuming.

“We recorded guitars in like five different locations too, since we were changing practice spaces a lot during the time, so it was kind of a bumpy ride. It was all very well worth it in the end when we heard the first couple of mixes though. We’re very happy with the result!”

Johan tells us their sound is formed of a wide range of influences, with the likes of Mastodon, Cult of Luna, Kvelertak, Converge, Beastmilk and Oathbreaker being the most relevant.

And Oberst come across as a band who just love to play music and experiment with new things. As Johan explains: “We just love to make songs and riffs. Playing with different contexts is a lot of fun too, certain riffs sound way cooler if you combine them a drum groove that’s not expected from that type of riff. Or a really mellow mood/theme with an extremely harsh production, or visa versa. We love stuff like that.”

Expect to hear a lot more from Oberst in the coming months, as John says: “We’ll definitely be playing a lot of gigs in 2020. We’re currently only booked for shows in Norway though, so hit us up if you want us to come to your respective country! Of course, we’ve also started writing our second album.”