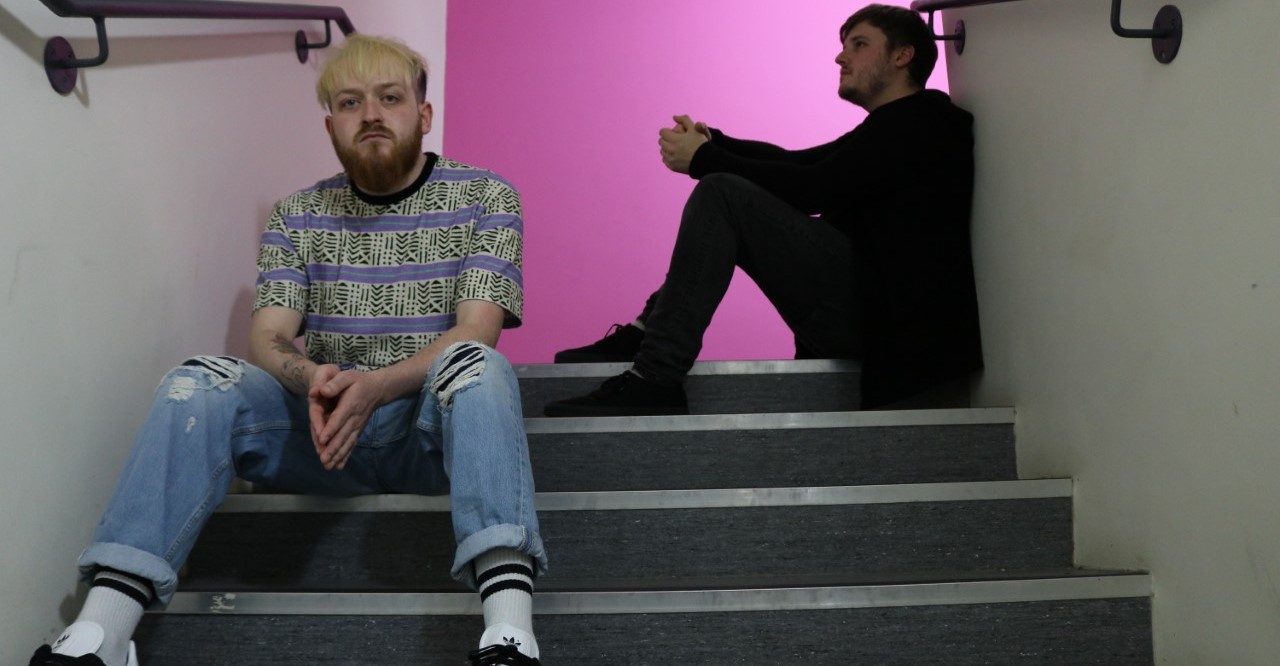 We love a good heavy rock two-piece and in Scottish duo Alkanes we present exactly that. The Inverness band fuse heavy riffing and big catchy vocals in a seriously engaging sound that they describe as “raw, energetic and intense.”

As vocalist and guitarist Dale Sutherland puts it to us: “We blend emotionally driven lyrics with dynamic riffs and thunderous rhythms to create a boisterous performance.”

The band was first started by Dale back in 2014 and, after a few line-up changes, has settled down as a two-piece with Connor Meeks, who played in a school band with Dale, joining him on drums. Dale tells us: “I’m so grateful for everyone who has been part of the journey to this point but I feel like the band is the strongest it’s ever been and it’s very exciting!

“Myself and one of my closest friends Daniel Gunn attended a show at the Ironworks in Inverness, when we were around 15/16 years old. The support act that night were a local band Iain McLaughlin and The Outsiders. I remember being blown away by them and seeing a local band on the big stage encouraged myself and Daniel to put together a band, eventually with Connor joining. Iain McLaughlin produced the last three Alkanes singles as well, it’s funny how much influence he’s had on everything I’ve done in music to this point.”

The latest offering of the Alkanes sound is new single Make It Right, which was released on Friday (21 February). It kicks off with cool bouncy riffs supported by big crashing drums that feed into a fun opening verse of “There’s things I’ll never know, Things you didn’t show, Back then I couldn’t see, You weren’t real to me” alongside the opening riff.”

The pace drops down a little with vocals answered by a lower riff, then jumps into a big chorus of “Just eighteen, I would have been so naive, It’s plain to see this was wrong, It took a fight to change all this and make it right” followed by a return of the big opening riff.

A second chorus gives way to repeats of “Now that you know” with diving guitar riff that ends on a scream, then the pace drops right down and builds up to a final chorus with palm-muted guitars. Check it out in the video below:

On the track, Dale tells us: “Make It Right takes you on a journey where the emotions run high and are grouped with a hard-hitting, aggressive rhythm and hooky, dynamic riffs. It’s powerful and raw, just how we intended it to be.”

And there’s plenty more hard-hitting rocky goodness to get stuck into from the band. Last year they released the excellent Sixes and Sevens, which opens up with a heavy guitar riff and drums, then intense opening vocals “Can you feel my fucking heart punching out of my chest?” The big chunky riffs continue throughout, alongside Dale’s engaging vocals. Check it out below:

And on what inspires them to write music, Dale explains: “A lot of what I write about is personal experiences or something I can relate to. I think the best way to make a performance out of the music is having a connection to it. It allows for the true emotions to come through and hopefully can make it relatable to someone listening.”

The band are currently working on new material, on which Dale adds: “We’re really challenging ourselves with our writing at the moment and it has a more progressive feel. We will hopefully hit the studio and have another release later in the year.”

You can see Alkanes for yourself as they play The Tooth & Claw in Inverness on Saturday (29 February). More info and tickets are available here.