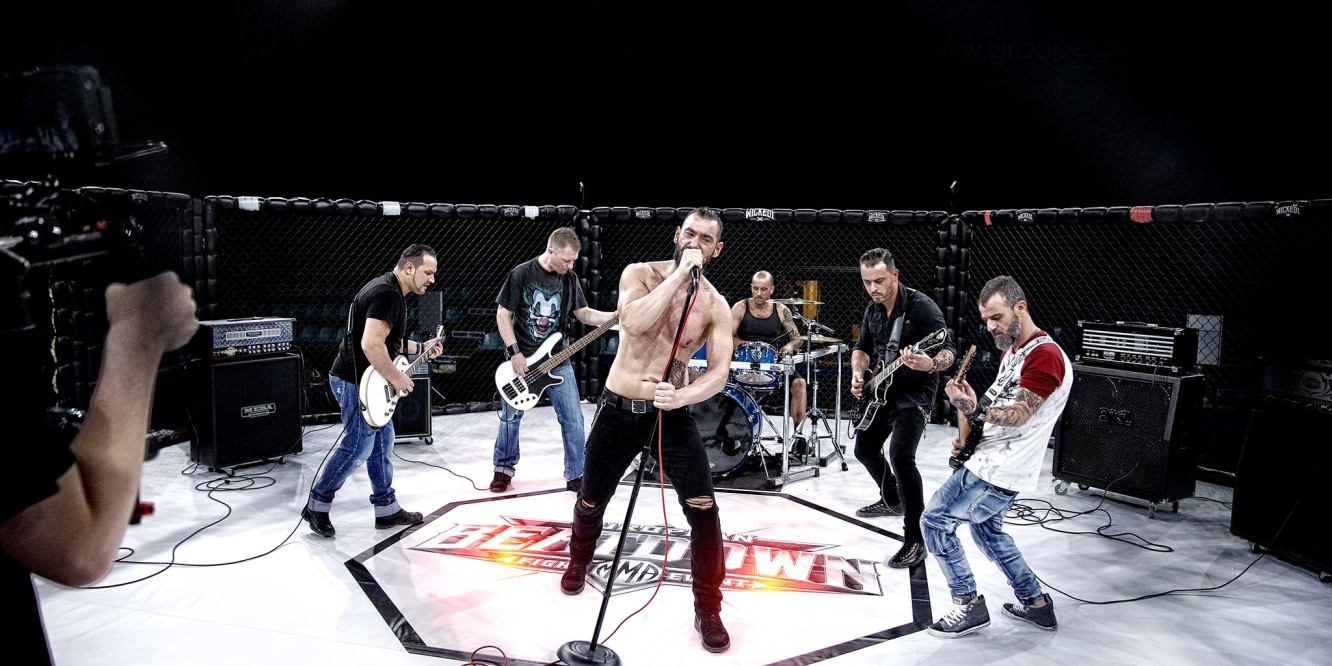 Belgian band King’s Rage offer up a hard rock sound with plenty of healthy metal riffing all while retaining a catchy, melodic edge.

However, a lot of the inspiration for the band’s music comes from frontman Ludo Colapietro’s uncle, who played in a rock band called King’s Road in the 1970s. As Ludo explains: “We decided to take some influences from him, rework it our way and mix it with our own compositions.”

The band, from Mons in the Hainaut region of Belgium and completed by guitarist Chris and Angelo, and bassist Remy, have honed a sound that Ludo describes as “powerful, tuneful and catchy.” It’s the kind of music that’s perfect for working out to, which is driven by Ludo’s keen interest in sport and, in particular, kickboxing.

This led to them producing a music video for their song No Pain No Gain for Belgian MMA Event European Beatdown. The track, which closes last year’s debut EP I Need All The Time, opens up with distant cries of “Fight, fight” then a cool little guitar lick and driving drums lead into stabbing guitars that support Ludo’s opening vocals “You never know, Where do you go?, A big fight that’s what I know, You must be fast as a racing car, The champion’s belt is not so far, Adrenaline is running through your veins,  Like a tiger in the cage, Don’t forget all the training days, And remember no pain no gain.”

Cries of “Fight, fight” feed into a quick singalong chorus of “You will become a famous man, No pain no gain, Just go till the end.” A second chorus drops into a cool little guitar lick, which gives way to a huge guitar solo over stabbing guitars and lively drums. Then a final smash of the singalong chorus brings this infectious track to an end. Check it out in the awesome video below:

On the track, Ludo says: “I do a lot of sport and I have been doing kickboxing since I was six years old. So I like to write music to motivate people as we did for the MMA with this song.”

The EP’s title track offers more of the same, with more lively guitar riffs and catchy vocals all pushed along by driving drums. Give it a listen below:

While the EP’s opening track Try To Be A Nice Girl offers up even more heavy riffing supporting Ludo’s engaging vocals, with a cool guitar solo thrown in for good measure. Check it out in the video below:

The band grew up with music like The Beatles, Jimi Hendrix, Led Zeppelin and Metallica and is now influenced by the likes of Godsmack, Five Finger Death Punch, Stone Sour and Alter Bridge.

Kings Rage are already working on a new album, so stay tuned for more riff-heavy goodness from them soon.