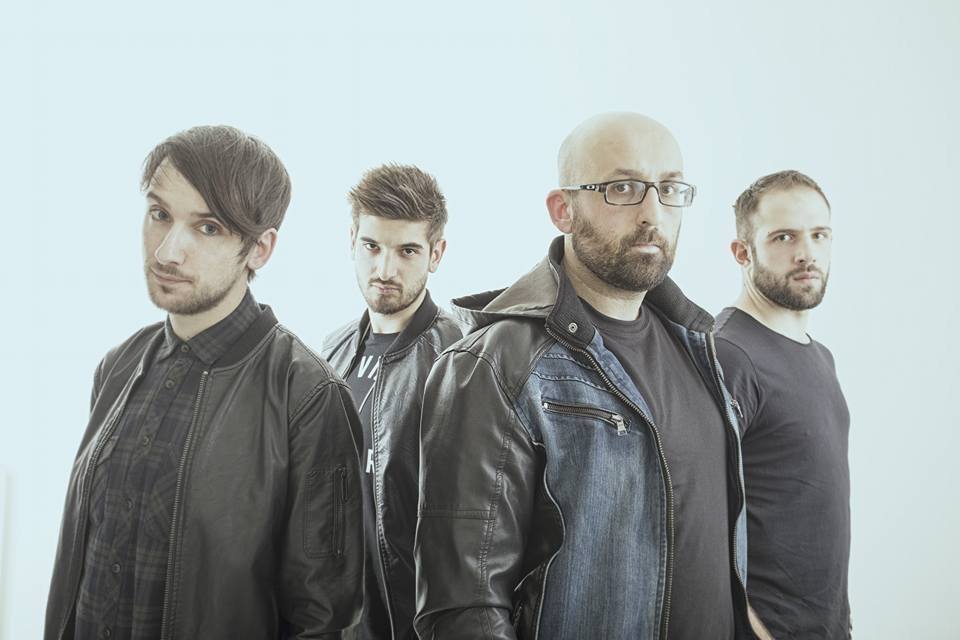 We went through a spell of discovering a host of great new Italian rock bands a while back but, since then, things seem to have slowed down a bit. So we were delighted when the music of Deaf Autumn popped into our inbox.

The Frosinone band initially began back in 2013, when two Davides were about to give up on playing music as bassists in their previous small bands. Davide Torti continued on bass and took on screaming duties while Davide Ricci is the clean singer and rhythm guitarist.

As bassist Davide explains: “The project wasn’t scheduled in our lives and that makes things more interesting with a touch of melancholic magic. We decided to gather up and give us one last chance to hit hard our music lives,and so Deaf Autumn was born. We just NEEDED to make music, whatever it took. First comes the emotion in the making, then comes all the rest.”

Confusingly, the band’s original drummer was also called Davide, but the two Davides soon completed the Deaf Autumn lineup with Alessio Scala on guitar and Antionio Paliotta on drums. And they’ve since honed a rock meets post-hardcore sound with emo and punk overtones, which Davide describes as “energetic, passionate and overwhelming.”

That feeds into a singalong chorus, which dives straight into another heavy post-hardcore verse. The second chorus gives way to big booming descending riff, then a heavy ending. Check it out in the video below:

On the track, Davide told us: “Same Old Shit was received very well by our friends/fans and we can’t be more happy with that! The song talks about how much you are able to sacrifice to turn your life into dream, to turn your same old shit into a brand new dawn. We also made an official video showing the efforts and the hard work beneath an underground band like we are, so it is also a shout-out for the bands like us.”

The band’s key influences come from the sounds of the 2000s with bands like Papa Roach, Funeral For A Friend, Silverstein, Rise Against and Sum 41.

And on what inspires their music, Davide tells us: “Key themes of the songs are always important to us, we dedicate our lyrics to the human being. We try to give people not the solution to their problems, but the tools to solve their struggles in their own way.

Sure, we are not ‘life gurus,’ but with our personal life experience we try to communicate with listeners and help them relate to theirs. The deeply believe that the search of balance is the balance itself, always on the move, never stand-by, so you can find your own shape. That’s why we titled our latest album The Shape.”

As mentioned, it’s been a little while since we chatted to any Italian bands. On their local scene, Davide said: “The Italian scene is weird: the underground rock/metal bands are really good, as well as foreign bands. But Italy is strongly based on pop music so the underground is condemned to drown for years and years before emerging from that sea. Only a few bands stand up to the struggle and last over time, even if they are really good at live shows and gather a lot people. Telling you the truth, the Italian rock scene deserves much more attention from mainstream radios and TV.”

The band have plenty more to come including new singles and videos and – Coronavirus dependent of course – more live shows, in Italy and beyond.