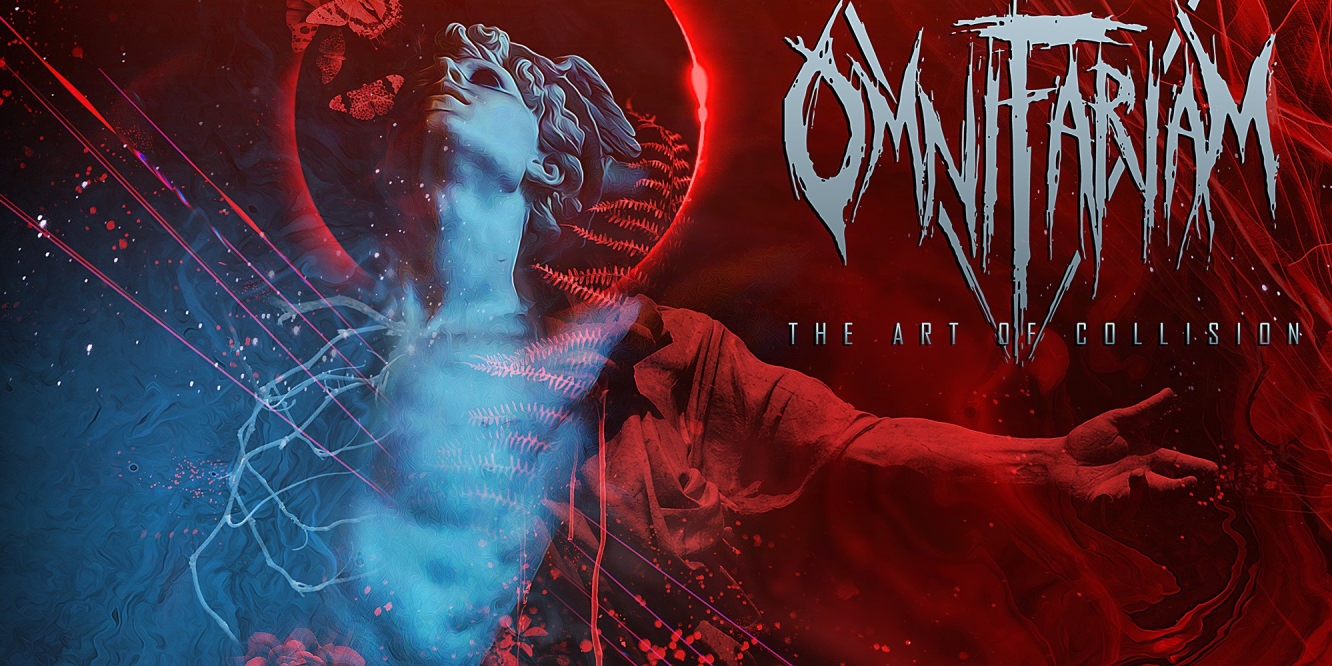 We love ticking new countries off the GigRadar band map, and the latest – which I believe takes us to 44 countries – is Puerto Rico with death metal band Omnifariam.

If you like seriously heavy riffing, huge rhythms and wild metal vocals then Omnifariam are most certainly the band for you with their intense extreme metal sound. The Bayamon quartet combine delicious riffs with relentlessly intense drums and the savage vocals of Gabriel Munoz, which sees them fuse melody with pure aggression.

The band sent us Neglected are the Weak, which was written about the suffering that the people of Puerto Rico felt as a result of their government’s lack of response to Hurricane Maria in 2017. Hence, it’s a very personal, energetic and angry track which, from a musical perspective at least, is awesome.

Cool drawn out guitars drop into doomy guitar chords under big screamed vocals, then high-pitched guitars take over alongside wild drums. A little “bleugh” cry gives way to a little stabbing riff, then the song goes to new levels of savagery with atmospheric high-pitched guitars and relentless drums under cries of “Restless days and nights passing by, The blood runs deep from open wounds of innocent flesh, Universal hate trembling with disguise, Blackened smite, Rise above the lakes of death, The breeze of joy wiped away, Only dust remains.”

The pace drops down a little with drawn-out guitars and light drums, then explodes into huge fast-paced guitars and drums under huge screams of “Condemned, Forever dead” to bring the track to a heavy ending. Check it out in the lyric video below:

We also love the sound of the absolutely huge The Forsaken, which also comes from last year’s album The Art of Collision. It opens up with a cool fast-paced lick that continues under a huge scream and pounding drums then big low-tuned guitars and funky harmonic notes drop into a lively opening verse. A fun bouncy riff comes in then fast-paced drums support heavy screams, and the opening riff returns and drops into the funky harmonics.

The sound changes up as we drop into a grinding low-tuned riff, then the pace picks up with more relentless drums then quick stabbing chords and a winding little flurry of guitar notes. That gives way to a high-energy outro. Give it a listen below:

You want something even heavier? Well then, check out Into Oblivion, the brutal final track from Omnifariam’s debut five-track EP Vitiate.

We had a chat with bassist Jorge Hernandez to find out more about the band. Read on below…

“Gabriel, Norberto and I used to play in a Brutal Death Metal band a few years prior to the formation of Omnifariam. After a few years of inactivity, we decided to form a new band and added Juan to the mix. Our current lineup consists of original members Gabriel and myself, with Eric Martinez on guitars and Joey Castoire on drums.”

GR: You sent us Neglected are the Weak. What should people be expecting from the song?

O: “Neglected are the Weak is a highly energetic and angry, but very personal song. The lyrics where written back in 2017 after Hurricane Maria hit Puerto Rico, leaving thousands of people without electricity, food, clean water or medication.

“The response from the government to this emergency was atrocious, which led to a high death count. The lyrics of this song reflects our perception of the suffering endured by the people of Puerto Rico and how both, the local and federal government contributed to that suffering.”

JH: “I would describe our sound as dark, yet melodic and aggressive. We try to blend as many elements from different genres within extreme metal as much as we can so that each song sound as different as possible from each other.”

JH: “Writing music is our outlet from our daily lives. It is a mean to channel our daily frustrations. Our experiences at the moment of writing a song definitely has an impact on our writing. For example, our latest release The Art of Collision has a different atmosphere from our previous release, Vitiate, since so much has happened in our lives, socially and politically, between both releases. The lyrics in Vitiate where more inspired in works of fiction while the lyrics in The Art of Collision contain more of a social commentary written in a gloom manner.”

JH: “In late 2019, we released “Neglected are the Weak”, our first single from our latest album “The Art of Collision”, for which we were scheduled to have a couple of CD release shows on March and April 2020.

“Unfortunately, due to the pandemic caused by COVID-19, Puerto Rico went into lockdown on the weekend we were scheduled to have our first CD release show. For that reason, our release shows have been postponed until further notice. Even though we haven’t been able to formally release “The Art of Collision”, it is available for streaming in every major platform and is available to purchase in both, physical and digital format through our Bandcamp page.”

JH: “Since the COVID-19 pandemic started, we started the writing process for our next release. In the meantime, check out our previous release Vitiate and our latest album The Art of Collision available for streaming on every major streaming platform.”