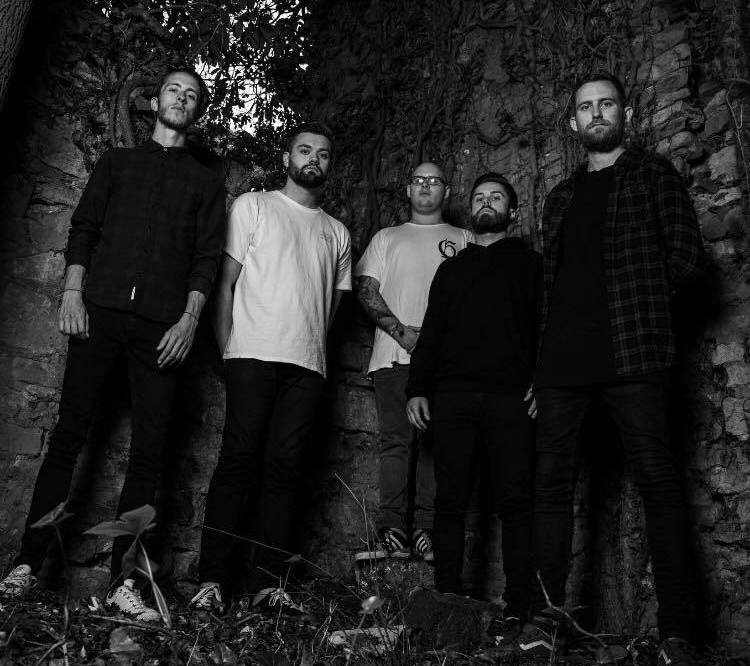 If, like us, you never grew out of your emo phase then you’re very much in luck with exciting Yorkshire band Realms. The quintet have honed a sound that transports us to the good old post-hardcore and emo days of the early 2000s or, as they put it, “music for people who never grew out of their emo phase.”

The Doncaster band started out as a project between vocalist Karl and guitarist Matt, who met at University and realised they shared the same love of bands like Funeral For A Friend, Glassjaw, letlive. and Underoath. However, uni being uni the band didn’t officially get started until after they’d graduated and brought in drummer Jed, who Karl knew from another band, and recruited bassist Jordan and guitarist Ford online.

They’ve since released a couple of four-track EPs, of which the most recent Burn The Orchard was released at the end of March. And from it they sent us closing track Original Sin.

It kicks off with rolling drums then a drawn out guitar sound and a fun little fast-paced riff, which continues under a huge barrage of screamed vocals. Fast-paced high-pitched guitars jump in under clean vocals “How can you shun one of your own? This has been eye opening, Don’t let your guts spill on the floor, It leaves such a mess,” which intensifies into the big singalong “Where is your fanfare? That standing ovation so silent, Is this your glory? It’s your cross to lay to rest.”

On the track, Matt tells us: “Original Sin started with a few riffs I’d written back in 2018. We were writing our new EP Burn The Orchard and needed a fourth song to finish the release off. We’ve always had heavy elements in our music but have never really been a ‘proper’ heavy band, we’ve always been somewhere in the middle but I knew with Original Sin I wanted to write something faster and heavier than anything we’d ever done before.

“When I brought the music to the other lads they seemed to dig it. The lyrics were written around the time Brexit was kicking off so the overall theme ended up revolving around division. The lyrics are an anecdotal account of how Karl would feel if someone he considered his brother/best friend betrayed him for something like a conglomerate.”

Also on the EP is the excellent Miasma, which opens up with little guitar riff then explodes into big screamed vocals over lively guitars. That feeds into clean vocals answered by big screams, then spoken vocals over a driving riff. Give it a listen below:

And on the Realms sound, Matt explains: “We sound like a post hardcore band an emo kid would’ve had on their MySpace page in 2007. We’re a mix of Underoath, Killswitch Engage and Funeral for a Friend, blending melodies and heavy riffs.”

While on their music writing inspirations, Matt continues: “At its simplest form we do this for fun. We’re under no disillusions that we’ll ever ‘make it’ or get big. We just like getting together and playing music and we use the band as an excuse for a night out. People checking us out and digging our tunes is just a bonus.

“Karl usually draws on personal topics when writing lyrics. He draws upon what’s going on in the world or what’s bothering him at the time. He usually uses the songs to get things off his chest and have a vent. No better way to do that than scream your guts out on stage!”

Like most of us at the moment, the band haven’t had a lot going on over the last few months but they have been putting the downtime to use to write new music. They have a potential five or six new songs in the work, which they they’ll be trickling out slowly as singles, and hope to get back in the studio before the end of the year.

We’re loving the hard-hitting, energetic yet engaging sound of Realms, so if you’re looking for an emo-laced return to the glory days of post-hardcore then go give them a listen.