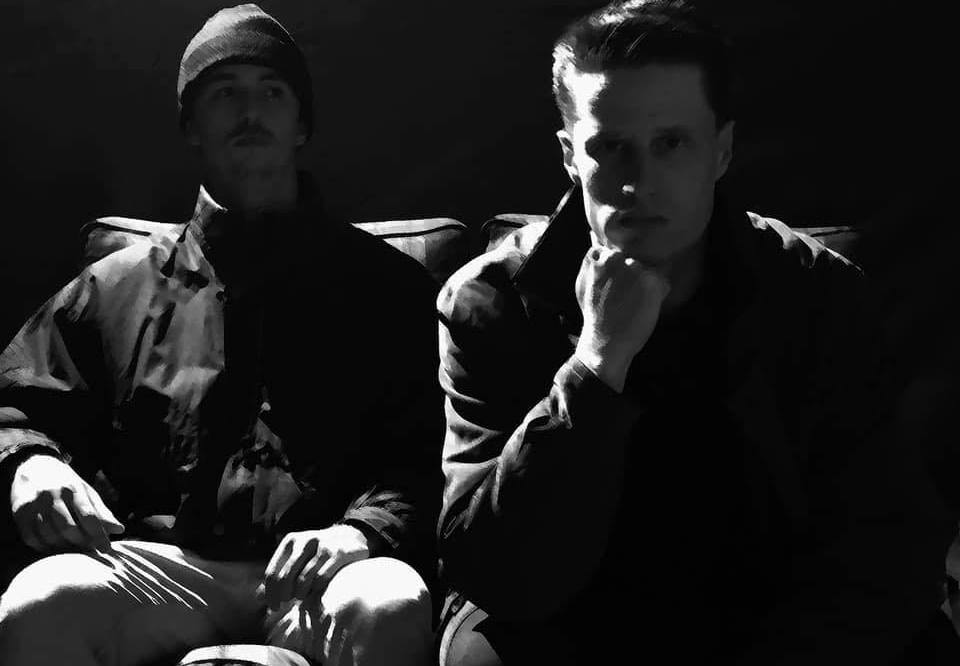 Prepare to cast aside any preconceptions you might have of what ‘Christian music’ sounds like by exploring the intense, powerful sound of Australian Christian metalcore duo A Sight In Veracity.

The Albany duo, formed of cousins Bob McGonnell and Davin Tranter, began their musical path as a deathcore act slamming huge low-tuned guitar riffs. They’ve mellowed things out a little bit with the A Sight In Veracity approach, which fuses the heaviness of metalcore with the groove of djent and engaging elements of pop-punk. But don’t worry, the seriously low-tuned guitars remain.

Latest single Dreams That Hurt, released earlier this month, is a great example of this fusion of influences. It opens up with light atmospheric guitars then bursts into big guitar chords that give way to light opening vocals. The vocals build in intensity and drop into a big catchy chorus “But I’m still not sure, God I’m still not sure, My head hurts, My heart hurts, You know I can’t do this, These dreams they shouldn’t hurt, Sorry but they do.”

A cool light lick takes over and drops into a laid-back section of dreamy vocals, which builds up towards another chorus. This time a stabbing low-tuned riff takes over alongside a huge cry of “Take my dreams” and continues into a huge smash of stabbing guitars. They suddenly drop into a light section that feeds into a final rendition of the chorus. Check it out in the lyric video here:

Picking up the intensity a few levels is the band’s debut single Just My Friends, which opens up with a big booming low-tuned stabbing riff. That gives way to savage screamed vocals “This is a story that I hate to tell, Derived from a hierarchy of popularity, These children are still not men, Sometimes I question if they ever will be, I’ve been constantly brainwashed, In this cosmic vortex of death, I never thought it’d get this bad, Drowning in these social waters alongside chugging guitars and huge driving drums.

That gives way to spoken vocals “They’ll take a knife then happily stab you in the back,” then a creepy laugh and a final spoken line “Don’t tell me I look complex” give way to more stabbing guitars. Clean vocals take over but are quickly followed by another barrage of huge screams and heavy guitars, before a really cool groovy, bouncy riff brings the track to a heavy ending. Give it a listen below:

We’d also recommend checking out tracks like She Left With The Plane from their huge debut EP and, if you like something a little different, then check out the instrumental version of the EP. While you’re at it, take a listen to their awesome cover of Breaking Benjamin’s Water.

And while you’re doing that, read through the chat with Davin to find out more about the band. Read on below…

GR: Who are A Sight In Veracity?

DT: “We’re a two-piece metalcore band from Albany, Western Australia. Our sound also has alternative metal and punk pop elements. Bob and myself are cousins, a month apart in age. We grew up together and shared practically identical hobbies. I was the first of us to get into metal. I was 11 years old and was watching a YouTube video that happened to have The Diary of Jane by Breaking Benjamin playing in the background. Having barely any background in listening to metal, it blew my mind. I would watch the video on repeat ’cause I liked the song so much.

“Throughout our teens, Bob and I ran a YouTube channel. We’ve had a lot of experience working alongside each other in creating content. We always enjoyed jamming together. We used to play music similar to that of As I Lay Dying, Parkway Drive and Fit for a King. I would play guitar and Bob would do vocals.

“We’ve been releasing music since 2018. During 2018, we released music under a different band name. We were formerly called Rest Our Covenant. Our genre back then would’ve been classified as deathcore. We really rarely incorporated clean vocals into our songs. Old songs of ours, such as Strength Resides comprised of slammy drop A guitar riffs, a wide range of unclean vocal techniques and successive tempo changes. It was really fun and we decided to bring some of these elements into our following music project in 2019.

“We started our current band, A Sight in Veracity, in 2019. Throughout the year we recorded our debut EP Heaven Hold Me. This record was reasonably toned down compared to our content that we released with Rest Our Covenant. The music that we wrote for this record in overall was more melodic. We also started incorporating more clean vocals in our songs.”

GR: You just released Dreams that Hurt. What should people be expecting from the song?

DT: “Dreams that Hurt is a really dynamic song. The verses are mysterious and ambient but the chorus indeed picks up the rhythm. The chorus contains catchy hooks, big guitar chords and two-step drums. The breakdown is a throwback to our earlier times when we used to jam to really heavy music. That being said, heavy breakdowns will still be a key feature of our music in the future!! Overall, Dreams that Hurt is a metalcore song that also includes Djent and Punk-Pop influences.

GR: Christian Metalcore is a brand new genre to us! How would you describe the A Sight In Veracity sound to people that haven’t listened to you yet?

DT: “Generally speaking, our music is Metalcore with Punk-Pop influences. We aim to incorporate a healthy balance of melody, aggression and groove into our music. We like to alternate between minor and major keys in our songs. For example, sometimes we change up our choruses throughout a song. The first chorus might be in major but the following chorus would be played to the same lead but the rhythm would be playing minor chords instead. The guitar solo for Paradise City by Guns n Roses sparked my interest for this. It makes songs less predictable and catches the listener off-guard.

“We use extended range guitars for all of our songs so the tunings are definitely on the lower end of the spectrum. Our upcoming releases are predominantly recorded with an Ormsby Hype GTR7 in Drop F. But we also use an Ibanez RGIF8 tuned to Double Drop C#.

“Christianity isn’t a topic that we directly write about in our music very often. In fact, a fair few of our songs are quite pessimistic in nature, Dreams that Hurt being one of them. But in the grand scheme of things, we’re very content people. When writing lyrics for metal music, it just feels natural for that genre to take a more negative approach.”

DT: “Bob has always enjoyed writing down lyrics. Particularly at the end of the day. He’d find it therapeutic in a sense, to jot down thoughts and feelings about certain scenarios from earlier on in the day. It was just a matter of writing in a more stylistic manner, which he did with no trouble.

Our lyrics on the surface, are very broad. People who listen to the song will be able to interpret it as to how they like. From our vocalist’s perspective, the lyrics for this song are about the realisation of what isn’t true. It’s about the circumstances in life that let you down. When you expect or hope something to turn out for the best just to find the absolute opposite to occur. The lyrics of this song explores the adversity that has to be overcome in such situations.

DT: “Bob has been influenced by a wide range of genres for his vocals. Impending Doom has inspired his lyric writing tremendously because they are one of our favourite Christian metal bands. Artists outside of the metal genre also have shaped our lyrics. Song meanings have been inspired by artists like Juice WRLD and Sum 41. In particular, their lyrics about relationships, heartbreak and adversity.

“Loathe’s utilisation of reverb on their clean vocals always stood out as something special to us. We have aimed to incorporate a similar sound in the mellow parts of our songs. Ideas for vocal melodies originate from a collection of punk-pop bands such as Neck Deep and blink-182. Metalcore bands like Wage War and Fit for a King have had a big influence on our guitar riffs. Their music has lots of groove and a great degree of technicality.”

GR: What have you got coming up through the rest of the year and into 2021?

DT: “Moving forward, we’re going to be dropping lots of new music. A bunch of new singles will be released over the next 5 months. A new album is currently underway, which can be expected early-mid next year. We’ll be sharing bonus content on our socials; guitar play-throughs, lyric videos, teasers and behind the scenes footage.”