German newcomers Defocus are emphatically stamping their mark on the metal scene with a thrilling sound that’s both brutal and melancholic. The quartet offer up deliciously low-tuned guitars alongside dark, ambient melodies and intense rhythms in a sound they describe as “immersive, impulsive and mildly aggressive.”

The Aalen quartet’s foundations were laid when Simon Müller (vocals) and Jeffrey Uhlmann (guitar) met in a local music store in 2013. They gathered band and stage experience before eventually forming Defocus in 2019 and bringing Jonas Mahler (drums) and Marcel “Bambam” Heberling (bass) into the mix.

On the sound they’ve conjured up since, the band tell us to expect: “Dark atmosphere with low-tuned guitars, to melodic and emotional and everything in between.”

Our first taste of the Defocus sound is the massive debut single Common Grave, which was released last month. It opens up with a cool darting riff and screamed vocals that are soon joined by piercing backing synths. A drawn-out low-tuned guitar note suggests things are slowing down, only to do the exact opposite by launching into a booming riff alongside powerful driving drums and intense screamed vocals.

The instrumentals drop out for a cry of “A single creature with the being of a parasite and the greed of a thousand,” which ends with a “bleugh” scream then drops into a big breakdown of low-tuned guitars and huge drums. More haunting synths come in as the guitars slow down a little and feed into a big melodic section with clean backing vocals and synths supporting big screams.

The synths continue as fast-paced low-tuned guitars kick in, then repeats of “In the eye of death, we are all the same” give way to a cool djenty section. More drawn-out low-tuned guitars support guttural screams that feed into an atmospheric outro of screamed vocals and clean backing vocals, synths and stabbing guitars.

On the track, the band told us: “We are super happy to have released the first piece of what we’ve been working on during the last year, and we are stoked to show you more. Everybody that hasn’t already listened to Common Grave should be aware that spicy riffs, brutal vocals and stompy rhythms are awaiting them.” Check it out in the video below:

The single is the first to be released from Defocus’ debut album In The Eye Of Death We Are All The Same, which is out in July. The album was written during the pandemic through countless late-night online sessions and recorded remotely from home before being mixed and mastered by Christoph Wieczorek from Sawdust Recordings.

On the album, they told us: “You can expect a record that can be very angry, but also very intimate in a sense where we focused a lot on all the emotions we felt in the last few months. You heard Common Grave so you can definitely expect more heavy guitar driven songs like that, but we also have songs like Can You See Me?, where we took a completely different approach and focused more on the ambience and a catchy chorus.”

The Defocus sound is heavily influenced by modern bands like Northlane, Loathe and Void Of Vision. But each band member brings their own individual musical interests to the table, for example Jonas listens to a lot of nu-metal like Korn and Jeff is into R’n’B and hip-hop.

And on what inspires their music, they tell us: “The biggest influence would be having fun with what we’re doing and loving music in general. But, when it comes to topics, we definitely tried to capture all the things that we’ve been through in our songs, not only on the vocals but with the instruments as well.

“We talk a lot about social and environmental issues in our songs, to make people think about the current state of the society. People all over the world are overwhelmed by everything that is happening right now and we just want to offer them some nice songs to listen to.”

We don’t speak to too many German metal bands so we asked the guys for their thoughts on their local scene. They told us: “The German metal scene is actually great and very supportive! There are a lot huge and well-known bands, but also lots of talented young people. Necrotted or Parasite Inc. for example are more well-known bands that also originated in our relatively small hometown Aalen.

“The support that new bands get here is, as far as we can tell, above average no matter of the genre, but it definitely depends on where you are in Germany and if you have local music scene or not. A big shoutout to everyone that supports us right now, we’re also really happy to work with people like Philipp Fink and the guys from Arising Empire, who supported us from the beginning.”

Defocus’ debut album In The Eye Of Death We Are All The Same is out on 2 July and you can pre-order it here. But you don’t have to wait long for a second taste of what to expect from it. That’s because second single Thought Of A Vision is out tomorrow (9 April) and you can catch the music video premiere on Arising Empire’s YouTube channel from 11am (UK).

On their future plans, the band say: “2021 will be the year that we completely focus on promoting our current album and we’re trying to get back into our rehearsal room as soon as possible. We’re dying to play all these songs live, even though we don’t know when that’ll be possible again. But we still hope we’ll be able to play a few gigs in the summer to celebrate our debut album.” 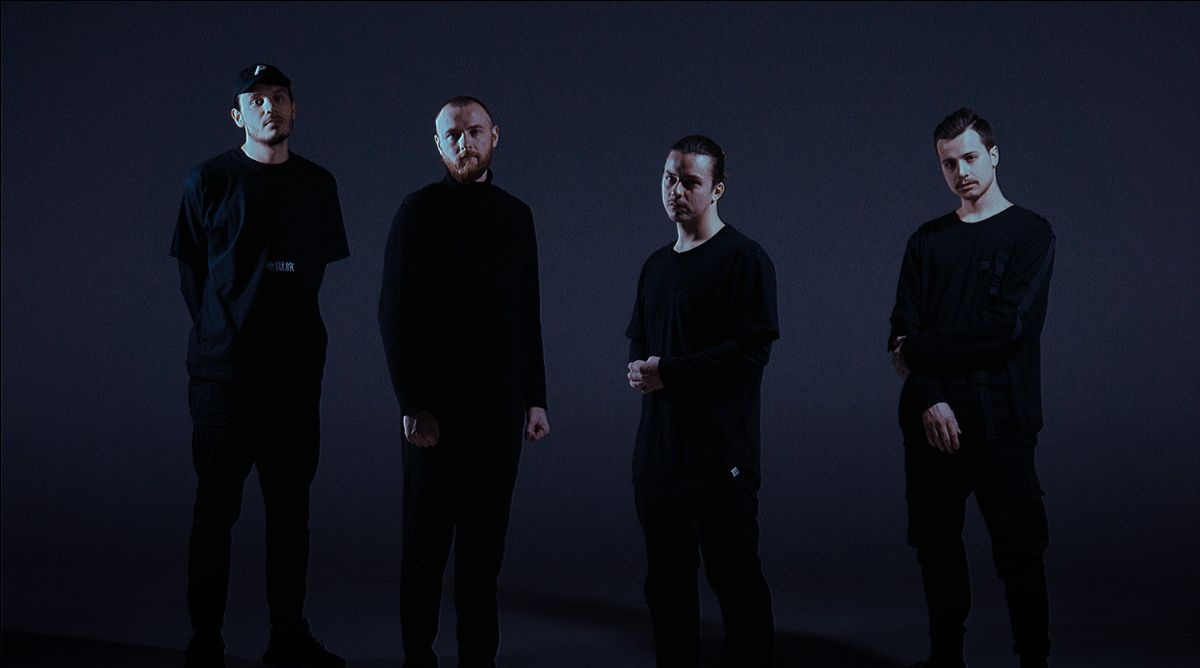