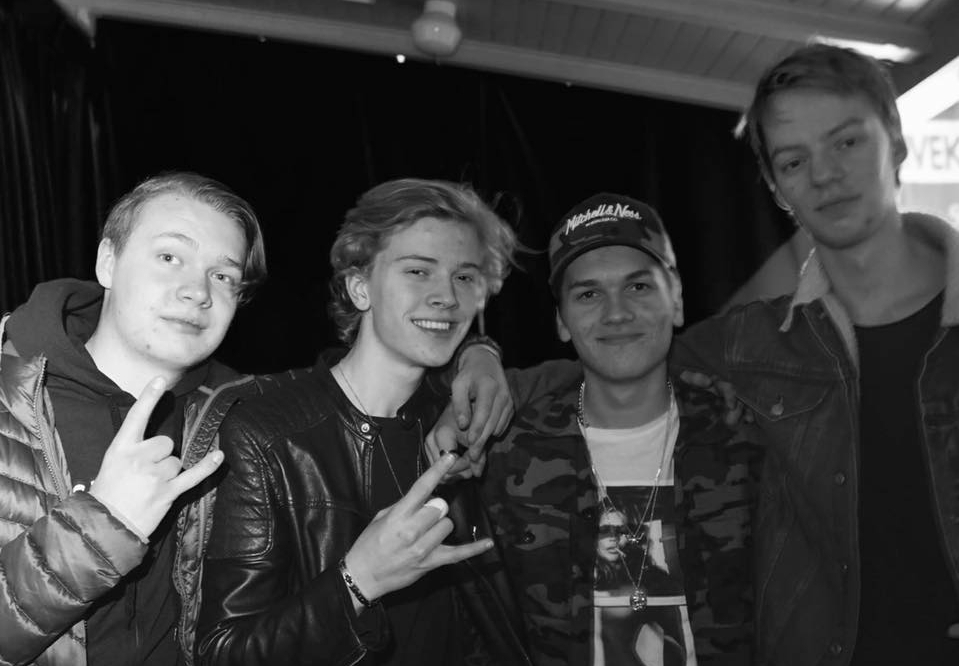 Three years ago, the four members of Swedish band of Åssit couldn’t play any instruments. But, in a short space of time, they’ve not only learnt to do so but also honed a diverse, melodic and engaging old-school rock sound.

The quartet of Petter Vikström (vocals), Viktor Öberg (guitar) Joel Fredriksson (bass) and Sebastian Nordaneldh (drums) hail from the small town of Piteå in northern Sweden. And, as Petter tells us: “If you would have said to any one of us three years ago that we would be where we are now, we all would have laughed. Our whole journey begun when we jokingly said that we should start a band after one of our music classes at school. It started with Viktor buying a guitar and then it all took off.”

The band released their debut single One Desire last year before releasing debut EP Nightflyers last month, which saw them hone their diverse sound. As Petter tells us: “I would describe our sound as a little all over the place, if you know what I mean. Because we’ll do a fast punk song that we think sounds awesome and then the next day do a power ballad. But of course, we do have that kind of glam metal sound in some of our songs I’d say.”

The EP opens up with a lively intro to Cloud 9, which continues with edgy vocals supported by stabbing guitar chords then develops into a chorus of drawn-out vocals. A second chorus gives way to a cool guitar solo over driving drums, then laid-back guitar chords feed into the chorus vocals that slowly build up to a lively outro.

Next, the catchy Take My Life Away begins with stabbing guitars that are joined by light drums and continue under Petter’s engaging vocals that echo the guitar line “It was like a movie scene, I never could have guessed, People come and people go, But don’t worry about the rest.” That flows into a big, but quick singalong chorus, then heavier drums kick in for the second verse, and a second chorus extends alongside piercing guitars. It repeats for a third time, then stabbing guitars feed into a light section of descending bassline then driving drums before kicking into a final blast of the chorus.

Title track Nightflyers opens up with piercing guitars that drop into old-school sounding guitar chords and driving drums. Vocals take over and flow into a light chorus which repeats second time around. It suddenly kicks into faster guitars and drums under cries of “I’ve never felt so good,” before a mini guitar solo feeds into laid-back chords and builds into a final chorus.

The EP closes with its longest track You’ll Never See Me Again, which opens up with fun stabbing guitars alongside a laid-back lick. They drop into engaging vocals that flow into a catchy chorus “So hey, no matter where you go, No matter who you know, There is no way you’re getting out of this.” The chorus repeats several times second around, then a cry of “there is no fucking way” gives way to a huge guitar solo. A noodling guitar continues as the chorus returns then repeats of “You’ll never see me again” bring it to a close. Check it out below:

The EP is a highly enjoyable listen and very much goes out in style with the excellent closing track. Not bad for a bunch of guys who couldn’t play any instruments a few years ago!

On the EP, Petter says: “It’s so exiting to have your own music out for the world to hear! And when you work so hard and are so proud of these songs as we are, you just want everyone to hear it. For people who haven’t heard the EP, you can expect a ride through different eras and genres.”

Åssit’s music is largely inspired by the likes of Rise Against, Nirvana, Jimmy Eat World, Foo Fighters, Kiss and many more. And on what inspires them to write music, Petter tells us: “What influences me at least to write music is everything that happens around me. For example, maybe I’m at a party (not now of course) and you could get some inspiration from it.

“When we do a new song we don’t think before that ‘aw this is gonna be a love song’ or a fun song or whatever. I personally write about what comes up for me in the moment, what the feeling is like and so on.”

Åssit have more music ready to be recorded and released, which they hope will be out by the end of 2021. And they hope to get playing live gigs as soon as possible. 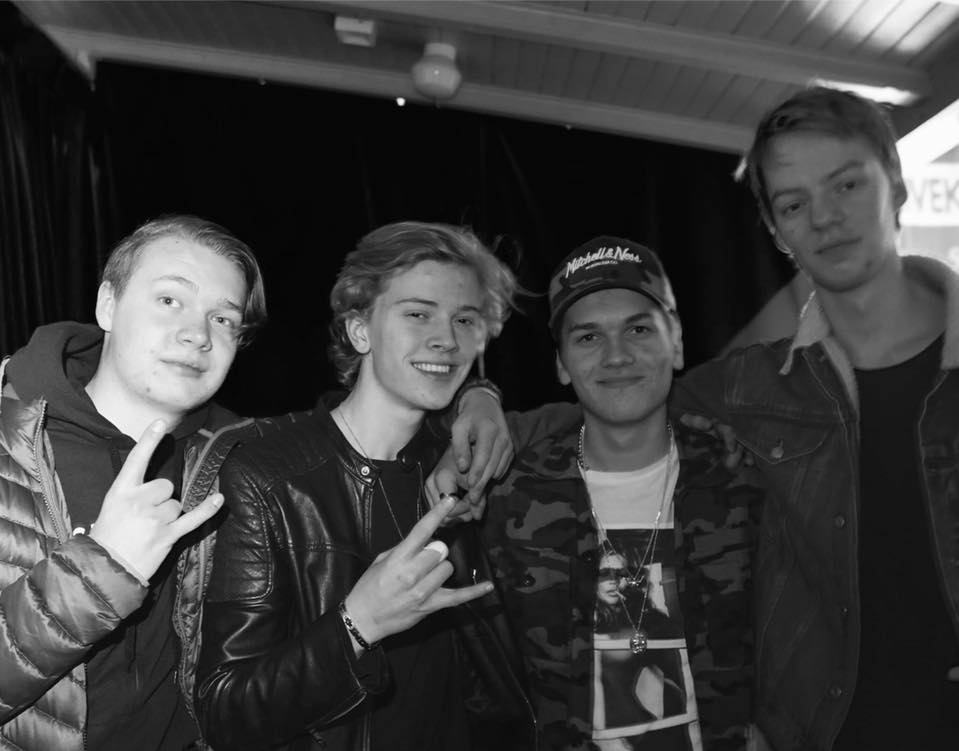