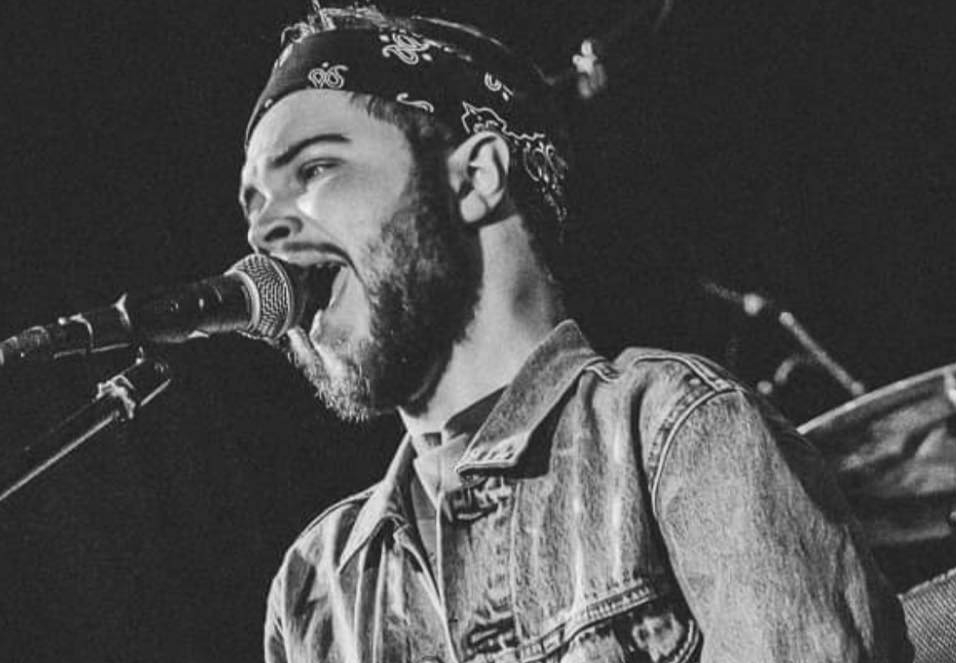 Indie rockers Alex James are aiming to inspire other people with disabilities and improve accessibility in the music scene. They’ve honed a catchy indie rock sound that oozes rock’n’roll energy and which they summarise as “contagious, raw and energetic.”

The band, from County Durham in north-east England, is formed of “Alex James” Kennedy (vocals and guitar), Liam Mulpetre (guitar), Chris McMahon (bass), Nathan Sharp (drummer). The quartet got together in 2019 as part of a Masters in Music project that evolved into something much more.

Frontman Alex lives with an incurable genetic condition called Duchenne Muscular Dystrophy, which is a muscle weakening or wasting condition. As a result, the band are proud pioneers of wheelchair-fronted rock.

As Alex tells us: “The aim of this band is to give inspiration to others with disabilities. We want to better accessibility within the music scene, help charities across the region and show that someone with a disability can be on that stage and make a difference in the world.”

Their latest effort in doing this is second single I Said That You Looked Fine, which was released last month. It opens up with a stabbing guitar riff that progresses into lively chords, then drops back into stabbing guitars under Alex’s engaging vocals. The opening verse ends on repeats of “So I took a step forward and I walked your way,” which build up to a big catchy chorus of “I said that you looked fine but I changed my mind when you said that you don’t care, I said OK that’s fine as you walked away and I never saw you again.”

A second chorus ends on a big cry of “you looked fine” over heavier guitars and drums, which feed into a cool guitar solo. The guitars slow down then flow into a little guitar lick and backing vocals, which flow into a big atmospheric conclusion.

On the track, Alex says: “We are very grateful for the attention I Said That You Looked Fine’has received following the release, it is yet to receive one negative comment which we will certainly take as a win. What I will say for those who haven’t listened yet, is it has an addictive dancing rock vibe with a chorus you can’t help but sing along to. It is a mash up of thick bass lines, extravagant guitar parts and unforgettable vocal melodies.” Give it a listen here:

That gives way to a funky little solo, then stabbing guitars and drums under cries of “Another direction now” build to a final blast of the chorus. Check it out here:

The Alex James sound has been heavily influenced by the likes of Royal Blood, The Pale White, Airways, The Foo Fighters, The Stone Roses, Oasis and Sam Fender.

And on what inspires their music, Alex tells us: “Living with an incurable condition like Duchenne Muscular Dystrophy can be rather difficult at times, so I would say a great deal of what I write comes from the heart. Really I tend to write around real life concepts that I think are experienced mutually by many people.

“With I Said That You Looked Fine this is based mainly around the concept of rejection. Usually my writing is based heavily around personal experiences. I tend to focus my music in a positive light, helping to guide people through the dark and to also inspire those who listen to the music.”

The rock scene has traditionally been a pillar for challenging peoples’ beliefs. In this case, it has a huge role to play in challenging beliefs around what disabled people can do and Alex James are leading that movement with their brand of catchy, engaging indie rock. We look forward to hearing more from them and seeing the band take this to the next level when they’re able to perform gigs again.

Alex James also have more new music ready to bring our way. As Alex explains: “We have another couple singles recorded and ready to bless some more ears. We are just waiting for the right opportunity to release the next single. But, it is coming your way very soon and we simply cannot wait.”