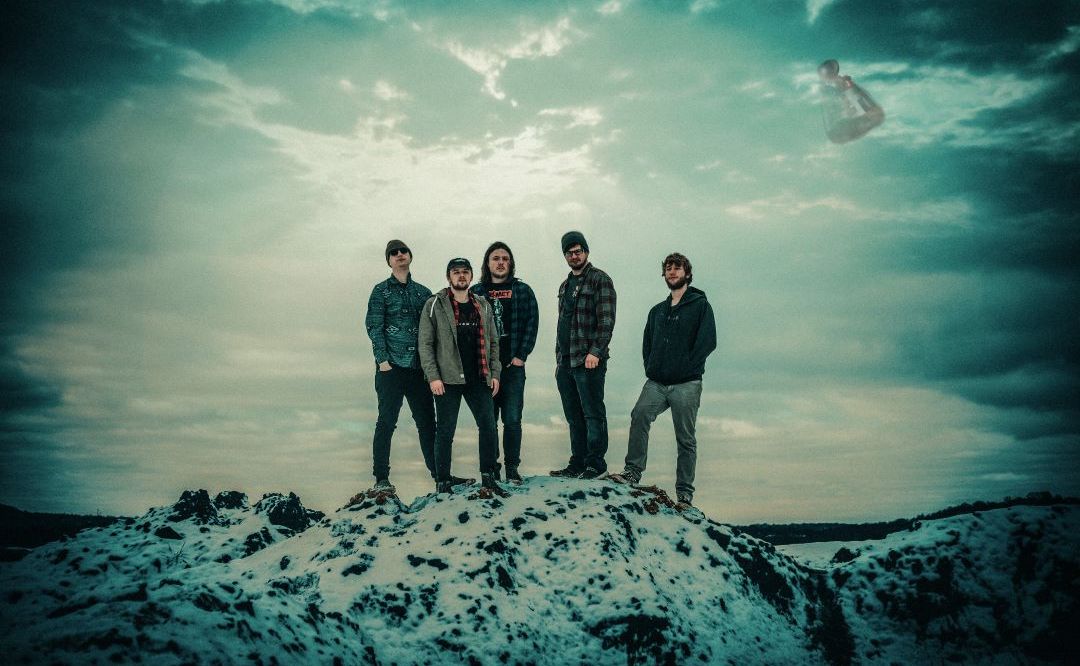 Ohio synth-infused metalcore band Starless will certainly keep you on your toes with a heavy yet approachable and relatable sound that fuses vicious vocals with catchy choruses and melodies.

The Cincinnati band’s sound is led by the mix of guttural growls and clean vocals from frontman Wally Stefanides. These are complemented by the guitars of brothers Kenny and Joe Barth, symphonic soundscapes and synthesizers of Dylan Roberts and the precise rhythms of Ethan Clifton.

The band started out in early 2019 from the ashes of former band Airways. As Dylan explains: “That band featured myself and the same guitarists, but we floundered with a vocalist and drummer that fit. Once Ethan and Wally joined up, we settled on a new name to both distance ourselves from Airways and highlight our new work as more polished and focused.”

And on the sound they’ve honed since, Kenny describes: “Melodic metalcore-flavoured cracker jacks with some really weird prizes at the bottom of the box.”

The band came up with a wide range of adjectives to describe their sound, from Kenny’s “energetic, unpredictable, dynamic,” Joe’s “aggressive, spacey, technical” and Dylan’s “eclectic, intricate, and intense” to Wally’s “melodic, fluid, dynamic” and Ethan’s “diverse, unapologetic, passionate.” So when we tell you that all of those descriptions absolutely work, that gives you some idea for the intrigue and diversity that Starless manage to conjure.

And as Ethan adds: “Don’t expect the same song over and over again, we have a core sound to us in terms of personality, but other than that we don’t restrict ourselves. We’re a metalcore band that wants to keep you on your toes by taking every part of that genre and others to make something unique.”

Our latest taste of this is their superb new single Circle of Reason, which opens up with distant guitars that dive into big chunky riffs under Wally’s savage opening vocals. More melodic guitars kick in as clean vocals take over with heavy screamed retorts. Booming low-tuned guitars and big doomy cymbal crashes jump in as the vocals intensify before flowing into a big singalong chorus.

The chorus drops into light guitars and vocals, which develop into low growls before an intense section of screamed vocals and driving guitars. That feeds into a final chorus then really cool diving riffs bring the track to a big rocky ending.

On the track, Wally told us: “The reception of Circle of Reason definitely took us by surprise, breaching 11K views and nearly to 12K now. If you haven’t listened to Circle of Reason yet, expect an ear worm of a guitar riff, a soaring hook, and bonecrushing breakdowns.” Give it a listen here:

That followed previous single Regicide (The Fall of a Tyrant), which was released earlier this year and certainly showcases their diversity. It starts slowly with a dramatic building intro of strings and atmospheric synths. Those are suddenly replaced by chunky guitars and heavy driving drums, which feed into an onslaught of vicious vocals. Clean vocals build up to heavy vocals “We rise as a nation at first light of dawn, The voice of the people is casting you down, A righteous crusade from the ashes beneath, To cast off our shackles and bury you with your crown.”

That immediately gives way to a surprise section of electronic noises before twisting guitar and bass sounds give way to a blast of heavy guitars and screamed vocals. That develops into powerful clean vocals over a darting riff and spacey synth sounds, which develops into a heavy outro. Check it out in the video below:

But perhaps a personal favourite track is Age of Discovery, which is comfortably the longest song and the opener of their excellent 2019 self-titled debut EP. It starts with building guitars that are joined by intense drums and develop into an intriguing proggy section. Engaging clean vocals take over and give way to high-pitched female vocals then heavier screams and a heavy chorus of “We raise our sails and set our course, We take our destiny by force, We leave an ocean of fear behind, We are the last of a dying kind.”

The chorus drops into a light, ambient section of noodling guitars before picking up pace as clean vocals again give way to the female vocals. Another chorus gives way to sweeping guitars that feed into brutal low-tuned chords then a rumbling riff that gives way to big screamed vocals. Engaging clean version of the chorus comes in before big stabbing guitars bring the track to a close. Check it out here:

Unsurprisingly, the band’s members bring a wide range of musical influences to the table. For example, Kenny tells us he’s big into Swedish melodic death metal and American metalcore, including the likes of In Flames, Shadows Fall, Dark Tranquillity, Soilwork and August Burns Red, and newer metalcore bands like Architects, Erra and Northlane. But those are fused with non-metal influences that range from Pink Floyd to French composer Claude Debussy.

Elsewhere in the band, Dylan is into bands like Dream Theater and Haken, while Wally likes an eclectic mix of melodic metalcore and death metal including Breaking Benjamin, Opeth, All That Remains, Alkaline Trio, Aphex Twin and Soilwork. Joe is big into Periphery as well as the likes of Erra, Northlane and Spiritbox, and Ethan names August Burns Red as his biggest influence along with the likes of Capstan, Stick To Your Guns and The Ghost Inside.

And on what inspires them to write music, Kenny explains: “We write a lot about just life in general and overcoming some of the struggles that come with it, especially when it comes to mental health.  We try to keep a positive message behind our music, because we want people to get something good out of it when they listen.”

While Dylan adds:”I draw influence from a vast array of sources. As far as the bandmates go, I’m probably the most diverse in inspiration, from video games to operas and everything in between. The lyrics I write tend towards extreme introspection, societal commentary, or vivid imagery that veils a greater meaning. First and foremost I’m a storyteller, and I love being able to do that with the music I write. Also, if one of our songs sounds weirder than the others, there’s a pretty good chance I’m behind it.”

You may not have to wait too long to hear more from Starless as the band are hard at work recording their second EP. So expect plenty of new music, more shows, new merch and “more out of left field” memorabilia.

As Joe tells us: “Although we only have one show on the calendar right now, we’re very excited to get back to playing out more once it is 100% safe to do so, and we’d love to see anyone who likes our music come hang out with us at a show. These are going to be huge when they come back so stay tuned!”

And Joe adds: “We are an entirely open band. And we also want to uplift the community as a whole by working with diverse artists and finding new ways to collaborate, something we will be exploring further sooner. So if anyone enjoys our music enough and feels they have something in mind we should explore or offer, we absolutely want to know.” 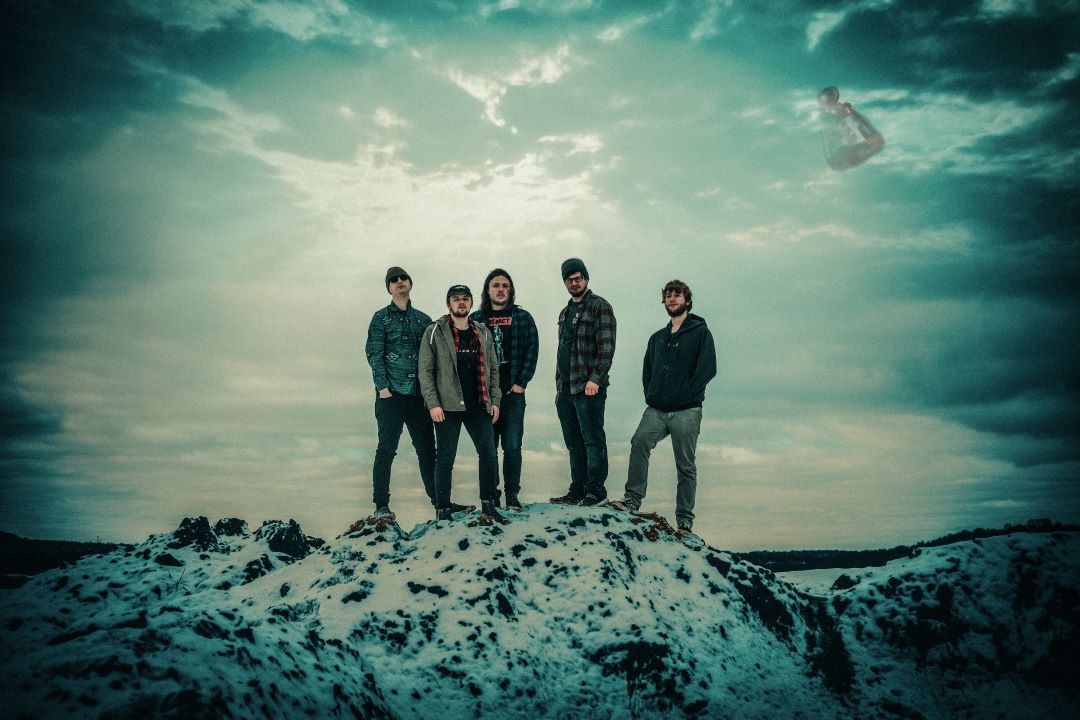