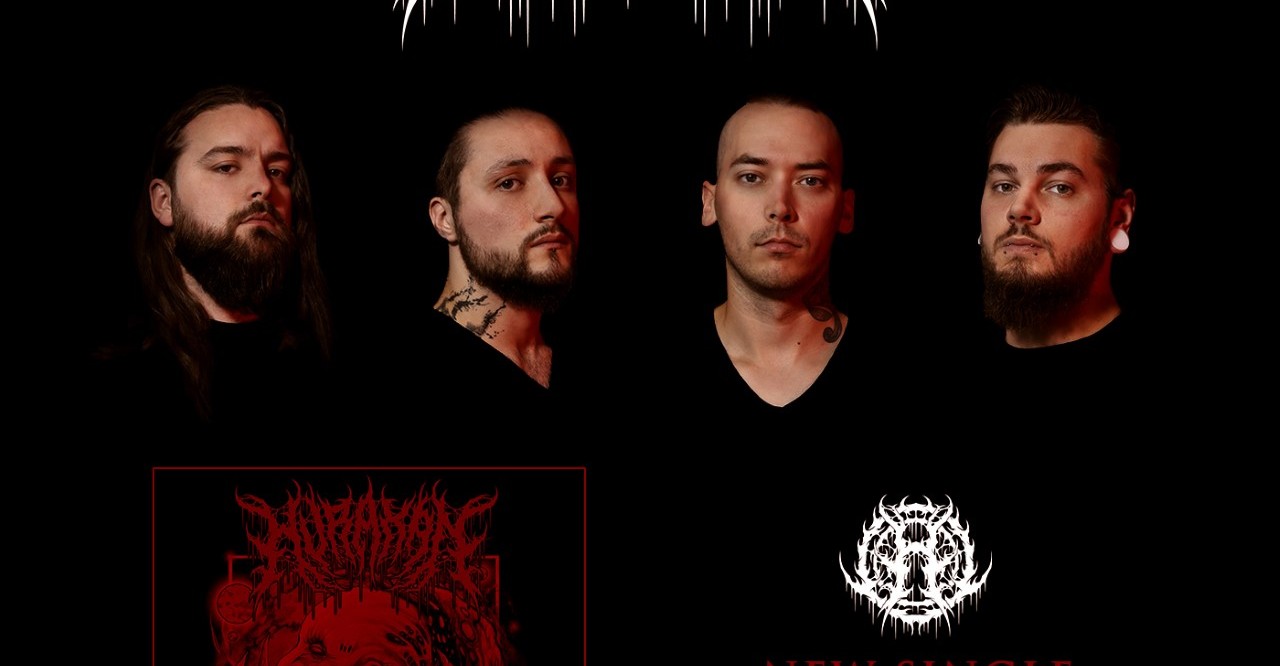 Prepare to taken on a journey through the murky waters of deathcore brutality with intense French band Hurakan. Coming from a foundation of slamming deathcore, the Parisian outfit have been busy refining their sound and pushing their composition and performance limits to present us with different atmospheres and emotions.

Hurakan first formed in 2015 with the goal to “make a blend of deathcore and slamming brutal death metal.” The only original member remaining is Maxime Maréchal (guitar) with new members joining all the way up until last year, resulting in Maxime being joined by Danny Louzon (vocals), Raphael Darras (bass) and Thomas Crémier (drums).

The band’s evolution hasn’t just been in members but also in their sound as they transition from slamming deathcore to a more organic sound. As Maxime describes: “We are seeking a more technical, sophisticated and organic Deathcore sound. Because with the new line-up, we like the ‘classic’ Deathcore more than the slam, and honestly, after two albums of Slamming Deathcore, we have largely covered the subgenre.”

Our latest taste of this is new single Umbra, which was released last month. It opens up with sinister sounding guitars over heavy drums, before Danny comes in with low growls. That develops into powerful vocals over crushingly heavy drums, then a stabbing riff intensifies into vicious vocals. Huge gruff guttural vocals take over with really cool stabs of low-tuned guitars and drums, before a wild high-pitched guitar and intense drums.

As the band succinctly tag it on Spotify, Umbra is absolute pure brutality, with relentlessly heavy driving riffs, powerful vocals and drums. The height of the intensity may well be a section of doomy drums and huge low-tuned guitars alongside a searing synth supporting Danny’s growling vocals that end on a drawn-out guttural noise. Everything drops out bar the drawn-out synth sound for an eerie final minute or so.

On the track, Maxime told us: “The reception is amazing, we were afraid to lost many fans of the ‘old’ Hurakan but finally no. People are pleasantly surprised at our change of style. For people who haven’t listened yet, what are you waiting for?!” Check it out in the video below and watch the interesting behind the scenes video.

Umbra follows the band’s 2019 album Abomination of Aurokos, which includes absolutely brutal and brilliantly titled tracks like Earthborn Cattle, Imperial Berserkers and closing track Maelstrom of Dark Matter. But a personal favourite track from the album may be Xenometh, which opens up with a creepy synth sound that continues as booming low-tuned guitars enter. A darting riff jumps in alongside intense pounding drums and some savage vocals. Check out Danny’s version of the track here:

But for a true insight into the chaos that Hurakan offered up on this album, take a listen to the absolute carnage that is the, again, superbly titled Slamming Brutal Shit. And it does exactly what it says on the tin.

Hurakan’s music takes its strongest influences from the likes of Thy Art is Murder, Aversions Crown, Fit For An Autopsy and The Acacia Strain.

And on what inspires them to write music, Maxime explains: “We wanted something beautiful! In the sense that it needed beautiful melodies that stay in the head but with riffs that are always brutal, heavy and violent. It allowed us to discover a new way of making music and to feel various emotions in the album, like anger, sadness and joy. The text mainly speaks of different pathologies and mental disorders, questioning the meaning of life, fear and acceptance of death. But the whole thing remains rather vague and everyone can interpret it in their own way.”

There’s much more to come from Hurakan, including a second single with Danny on board on vocals coming at the end of next month. They also have a few shows and festivals lined up in Europe for the rest of the year, pandemic dependent.

And Maxime adds: “The best way to support Hurakan is to follow us on social networks and streaming platforms, to share our music with your friends as much as possible, and to order some merch, which helps fund Hurakan’s future projects. People, stay safe and wear your mask.”

If you like your metal out of the highest echelons of brutality that Hurakan are absolutely the band for you and we’re looking forward to hearing from their new approach soon. 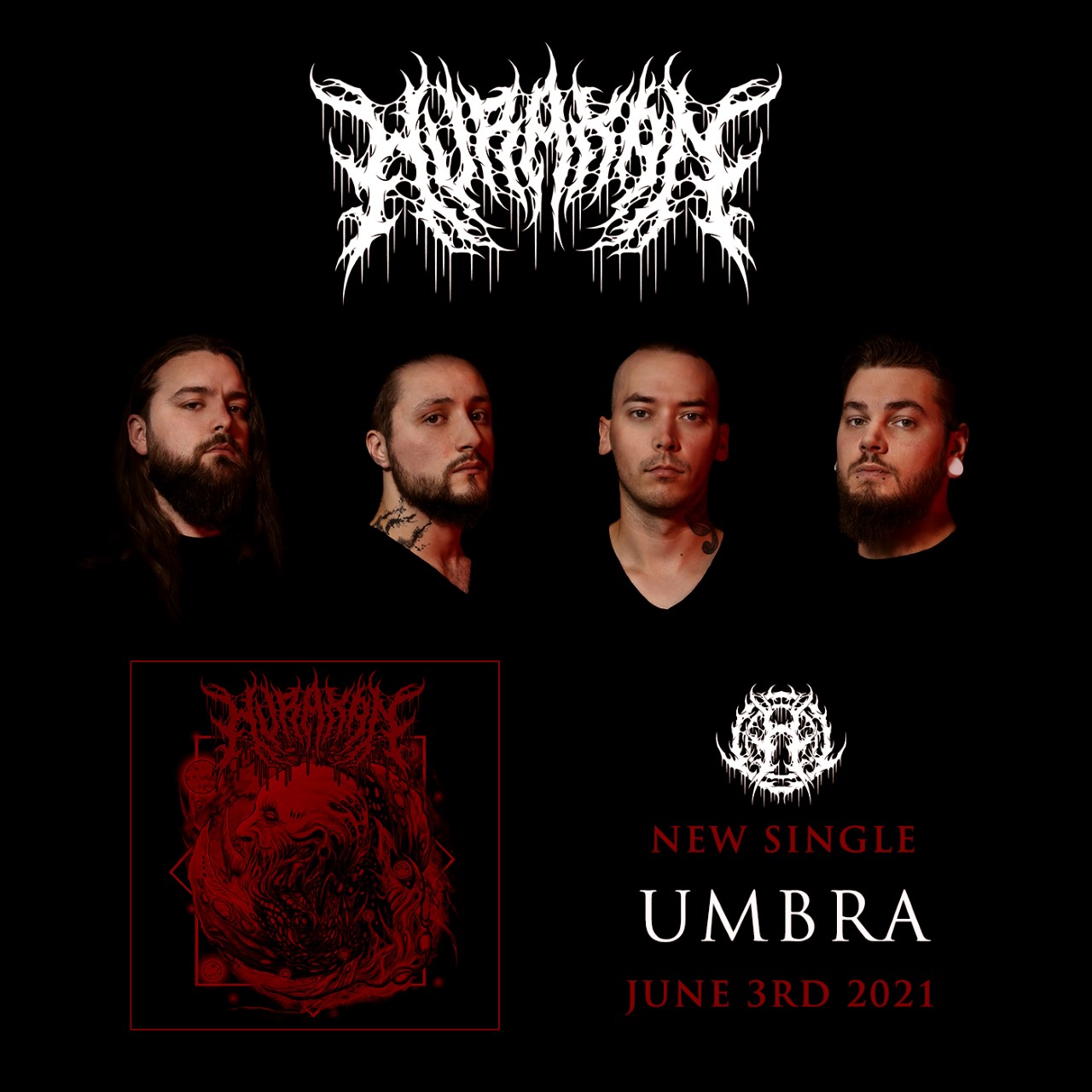