The quintet first started out when Chris Sampson (vocals and guitar) met Galen Stapley (guitar) in 2014. Galen noticed Chris’ Dream Theater bag, which led to the pair jamming and, in Chris’ words, “trying to write all sorts of weird music and concepts together.” They eventually built out a lineup to realise that weirdness with Shaz Dudhia (keyboard), Alex Miles (bass) and Sol Sinclair (drums).

As Chris explains: “We didn’t properly pull together a real line-up until after the Wish For Spring record (released in 2017), when suddenly it became a serious issue to find the right musicians. The music was unassumingly demanding and you’ve got to be a very particular kind of person to want to dedicate hours of practise to a fantasy band with 18+ minute long songs!”

He’s not exaggerating when he talks about 18 minute long songs, as their 2017 album closes out with a near-19 minute long track. However, new album, the intriguingly entitled Of Brine and Angel’s Beaks, which was released last month, veers away from such indulgences by at least keeping the tracks below 10 minutes.

First full track Self-Crucifixion gives us a taste of what to expect from the album in a wild flurry of engaging vocals, driving drums and explorative guitars and drums. It opens up with a funky keyboard solo over driving drums that drops into a relatively laid-back verse. Twisting guitars jump in and the vocals intensify into a powerful chorus.

A twisting second verse supported by driving drums sees the fantastical element really kick in, before another fun chorus. A funky guitar solo takes over and develops into a huge high-pitched romp before being joined by supporting keyboards. That eventually drops into Chris’ engaging vocals to bring the track to a lively ending. Check it out in the guitar playthrough video below:

The album is absolutely packed with intriguing fusions of various musical elements, including the epic, generally more laid-back Ameotoko I – The Curse, Lustre: Siphon of Umbra, A Sailor Will Learn and Cup of Poison. It also comes to an epic conclusion with the superb Ameotoko II – Cloudburst. And if you want a taste for the dramatic Azure sound in a shorter burst then check out The Jester Who Cheated Death.

The heavier edge of Azure comes across in the very cool Mercy and the excellent Outrun God. The latter opens with stabbing guitars and keyboard flurries supporting Chris’ engaging vocals. A fun stabbing guitar supports keyboards then intersects with random bursts of electronic drums. That flows into an engaging chorus, which gives way to a cool instrumental section. They mix up the vocals a little before heading into another catchy chorus before a heavy ending. Check it out here:

On the album as a whole, Chris told us: “Honestly, the reception to this record has already been relentlessly wonderful! We’ve had these songs written for so long now that we weren’t even sure if they were good anymore, because it almost felt like they weren’t new. I think we’d lost the ability to gauge how someone might hear them for the first time, seeing as it was so long ago for us! It’s also a bit of a different approach, in both songwriting and production, as well as in personel. It’s the first Azure release to have a full band (with live drums and bass) playing throughout, so we’re glad that decision paid off!

“As for what people should expect… It’s all over the place, in a way that only we can do! Expect synthesisers (some cosmic and some nostalgic), high vocals, warm bass, and formidable drumming all occurring at once in a spider web arrangement of modern progressive rock…. for the first full song. After that, we have long fantasy epics, compact 80s synth pop inspired songs, mystical acoustic prog-folk ballads, and even some super upbeat power-metal moments! There’s a lot to unpack, and the eclecticism might not be for everyone, but it’s a trait we’re really fond of exploring!”

The Azure sound has been influenced by a wide range of artists and musicians. But, in particular, their music continues to be heavily inspired by bands like Genesis, Iron Maiden, Patricia Taxxon, Disasterpeace and classic Dream Theater.

And when it comes to what inspires them to write music, Chris explains: “The main aesthetic of the band both musically and lyrically is very much fantasy themed – more specifically, it is linked to our own fantasy universe and narratives. Because of that, we end up spending a lot of time trying to make music that sounds like places in nature, or some kind of sonic representation of a certain creature, sorcery, or environment.

We constantly read books, and dig through our Instagram feeds for the most inspiring art or imagery we can get our hands on. In terms of books, we love Michael Moorcock, and his genre of fantasy has become a key feature of our development as a band.”

There’s plenty more to come from Azure, including diving back into the live music scene with shows in Abingdon and Southampton in August. Away from music, the band has also written a novel, which they’re currently looking for the right publisher for, amid developing new stories and music to follow on from Of Brine And Angel’s Beaks.

Azure are a fascinating band that have a hell of a lot going on. From intriguing fantasy elements and wild musical variations to fascinating and surreal themes, they’re definitely a band that are impossible to get bored listening to. Their latest album is well worth a listen with all manner of absolutely epic tracks and, in itself, has way more going on than we can scribble down in one blog post. They also have a lot of creative endeavours beyond just the music, which offers plenty to get excited about from this intriguing band.

Chris adds: “Honestly, just the biggest and most genuine thank you to everyone who’s supported us so far. Despite the project’s ongoing fantasy and surrealism, Azure is very much the conduit through which we channel our realest emotions and passions. The incredible responses we’ve had about our music is astoundingly positive, and continues to motivate us to pursue our ideas no matter how unusual they might be!” 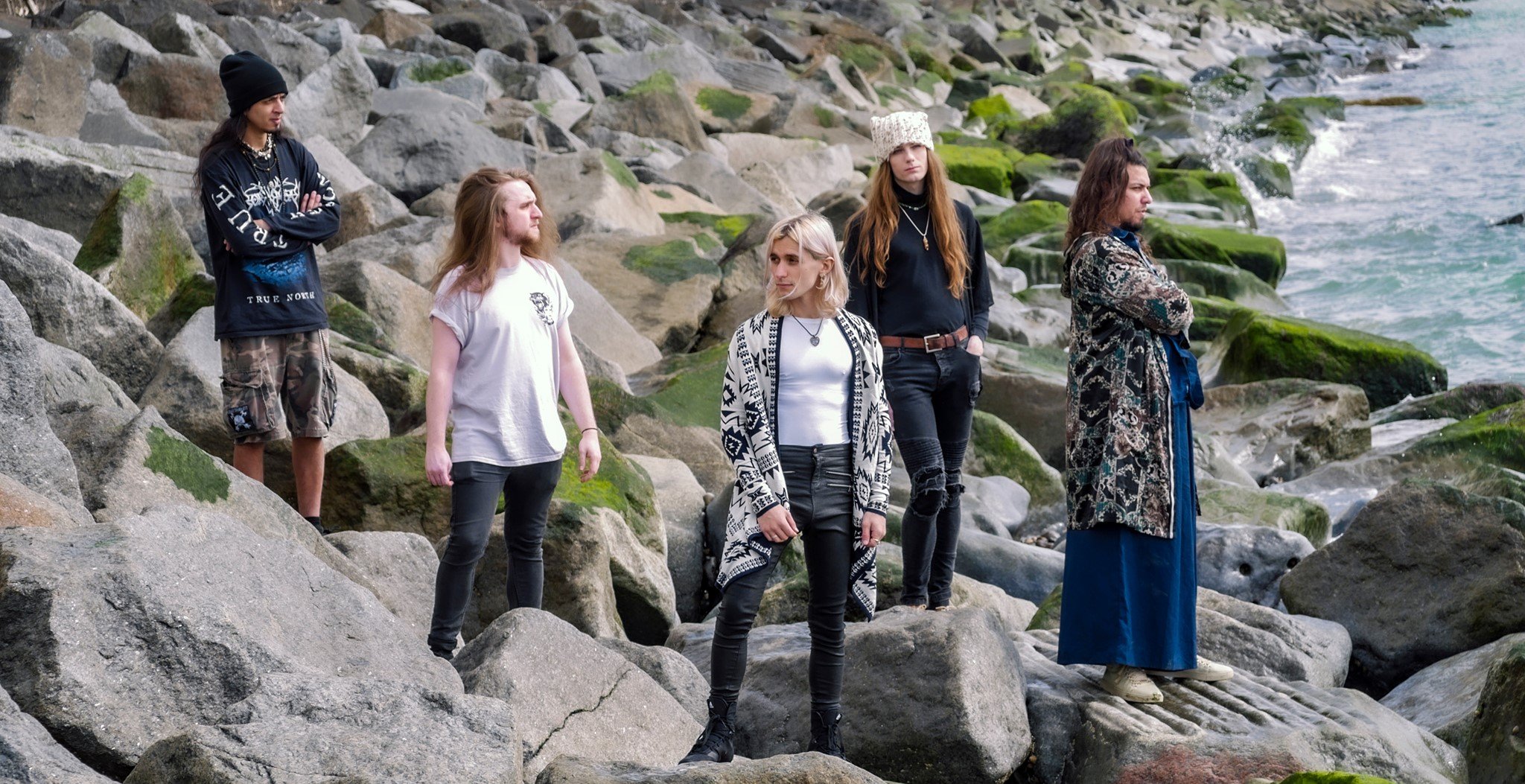