East London-based Basement League have built on a pop-punk and emo foundation with heavy guitar influences and catchy, harmonic dual vocals. The result is what they describe as “modern, energetic and loud” and “white boy drivel.”

The band, who originally hail from Kent, Essex and the Home Counties, formed from the ashes of a former pop-punk band of Nathan (drums) and James (bass), which was fronted by a rapper from Hong Kong whose visa expired. They soon replaced him with the dual vocals of Cameron and Izaak on vocals before Ryan (guitar) joined the band shortly after.

On the sound they’ve honed since, they tell us: “We’re trying to take our wide range of influences and use them to inform our largely emo-based sound – hopefully creating something a little unconventional but enticing all at once.”

Our latest taste of this is Basement League’s debut EP Better Nights // Better Days, which was released in June. It opens up in style with one of its lead singles Rein Me In, which opens up with a cool guitar sound then lively chords. Engaging vocals take over and are joined by piercing guitars then heavier chugging chords and pounding drums.

The pace drops into light vocals before bursting into an engaging chorus of dual vocals “Rein me in, Push me and pull me it’s taking me further from, Where I’ve been, Hopelessly searching, I’m lost and I’m broken again, Won’t you find me? Won’t you save me? Always I’m running away from the sun, Don’t say that you’re hopeful we’re already done.”

Heavy guitars and drums kick in to support fast-paced vocals, which flow into another catchy chorus. The pace drops into a light instrumental section that ends on a big scream and big chunky guitar chords and a key change as the final chorus kicks in.

On the track, the band told us: “We’ve been so gassed with how it’s gone. It’s been getting some real love online and at our last show. Sadly, headlining Glastonbury will have to wait until Covid is a distant memory – but we remain confident. If you HAVEN’T already listened to it, bookmark this article and go listen!” Check it out in the video below:

Lively guitars open up second track Juniper, then laid-back vocals increase in intensity towards a big singalong chorus of dual vocals. A second verse drops into light vocals, which build up to big drawn-out vocals, which flow into a final chorus. Check it out in the video here:

The EP is packed with engaging punk rock goodness, of which a personal favourite track is Gravity. It opens up with a cool little spinning guitar line that continues under stabs of guitar and drums as the vocals kick in. A livelier spinning guitar lick comes in as the engaging vocals pick up pace.

A cool fuzzy bassline supports a second verse that flows into a catchy chorus. Another funky spinning guitar is supported by a chunky bassline before a final singalong chorus. Give it a listen in the stream here:

The Basement League sound has been inspired by its members coming from a range of musical backgrounds and a variety of influences, from Trophy Eyes to Mac Miller and Slipknot to Boston Manor.

And on what inspires them to write music, they explain: “It’s a bit of a cop out really, but because we love it. Music has the ability to invoke true human emotion and recall experiences in ways that are unlike anything else.

“The feeling of being on stage and affecting a positive emboldening feeling in someone puts us in our own happy place. To us, pub gigs are our Wembley, and seeing other bands performing to people and sharing their creations empowers us to pursue that dream. Oh, and the free drinks we get paid with.”

There should be plenty more to come from Basement League as they have plans to get back into the studio and work on new music. They also have a UK tour with A New Hope and Erica Drive beginning on Wednesday in Leeds and taking in Manchester, Birmingham, Northampton, Gloucester, Bristol, Bournemouth and London. More info on that is here.

And the band adds: “We think it’s pretty decent. We’ve worked very hard on it and we would love nothing more than for you to check it out. If you like the tracks, come to a show. No matter the venue, we’ll be treating it like Wembley. You can expect high energy, fast paced fun. We guarantee it. Oh, and our singer Cameron is really short and jumps around like some sort of springy koala.” 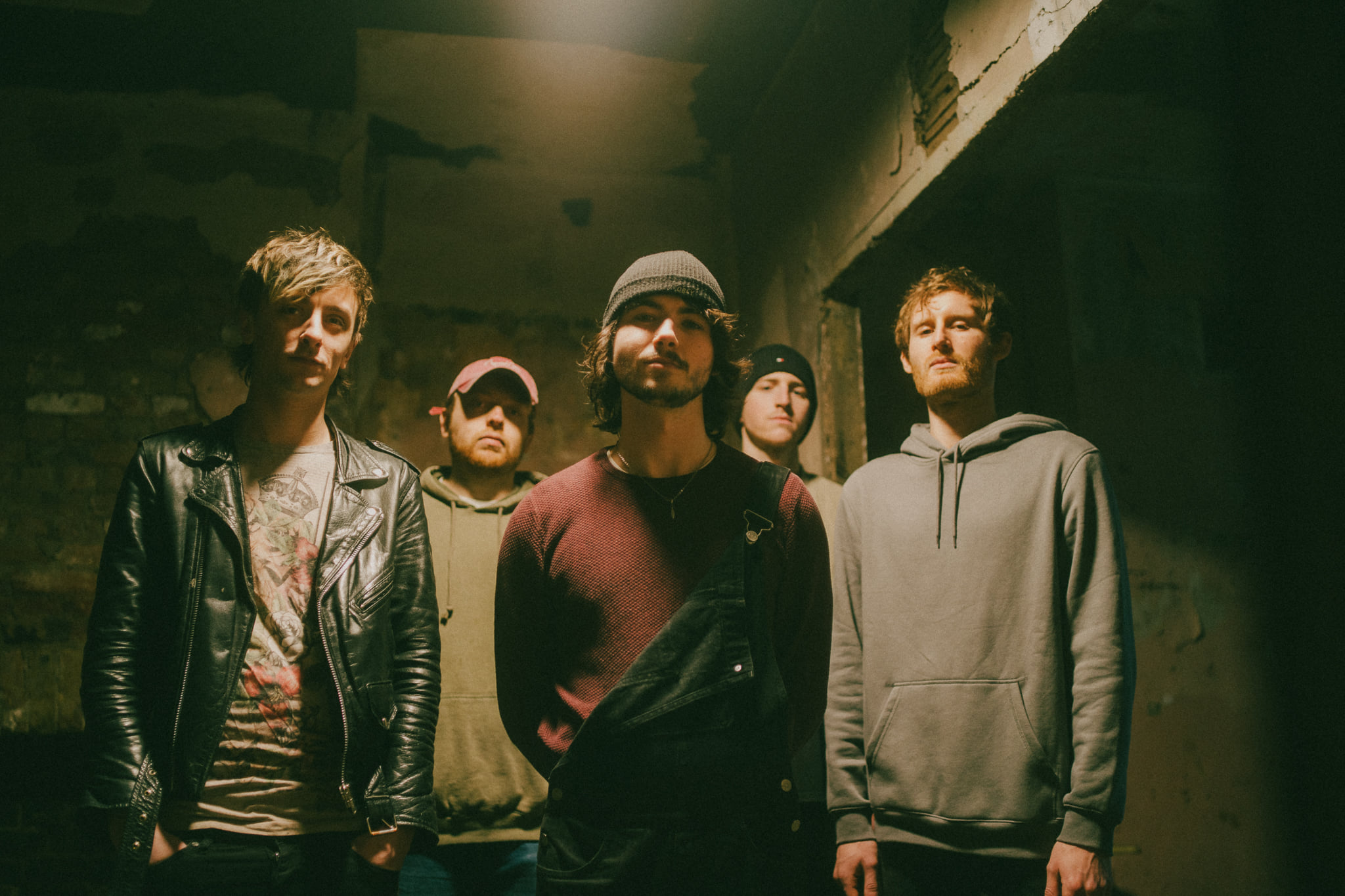