Exciting new East London band Le Rox offer up a loud, brash and angsty offering of old-school punk that’s big on anger and emotions in what they describe as “sad girl sounds.”

The band met during lockdown after leaving other bands. Steffan (guitar) and James (bass) had previously been in a band together, they met Paulo (drums) then added the unmistakable vocals of Laura Le Rox, who tells us: “They already had all this amazing stuff written, so it became pretty easy for me.”

And if the Le Rox sound feels familiar, then that’s because Laura was previously the vocalist of London band Pretty Pistol, who were our New Band of the Week in May 2017 followed by a subsequent single and EP review).

Our first taste of the new band is their excellent debut single Hold Me Down. It opens up with cymbal crashes, which feed into a lively opening riff that continues under Laura’s cries of “Hold me down.” Lighter guitars and driving drums drop into a brief lull before exploding into life with a vicious smash of intense drums and guitars supporting the crushing vocals “Hold me down for another night, Dog fight got me feeling fine, I can’t bleed without you, You don’t believe me, You’ll find my love in violence, You’ll find my love.”

The heavy vocals continue over the darting opening riff, giving way to an instrumental section led by another cool riff. The pace suddenly drops with a noodling guitar lick and laid-back drums, but blasts into more huge drums and guitars under Laura’s deliciously intense vocals “You’ll find my love in violence, You’ll find my love.” The instrumentals soon get even heavier under the lines “I can’t see past this tragedy, So bury my bones in the city, Save face, believe me, My battle scars aren’t healing, Save your face” to bring the track to a fittingly strong ending.

On the track, Laura tells us: “The reception so far has been really positive, which is great. People should probably listen to it to get the real feel though! Rather than me describe the track. I could say anything.”

Le Rox draw influence from a wide range of bands and artists and all their members listen to a lot of different music. But Laura tells us she listens to a lot of “emo rap and sad stuff,” with current favorites including Sim_Bex, Lil Xtra and Sad Eyes.

And on what inspires them to write music, Laura adds: “Feelings… too many feelings. It’s just a way for people who struggle to open up to actually do it. Day-to-day life is enough.”

And if you like what you hear from their debut single, then there’s more to come shortly. As Laura explains: “We are going to release something at the end of (this) month-ish, but it’s going to be a little different from Hold Me Down. I’m excited to try out new stuff with this project that I haven’t felt comfortable to do before.” And there’ll be more gigs, new music and fun to follow after that.

When asked what else we should know about the band, Laura simply responds “It’s fucking great.” And who are we to argue with that. We love the sound of Le Rox’s debut single, much as we loved the sound of her previous band Pretty Pistol. So we’re very excited to hear more from the band. 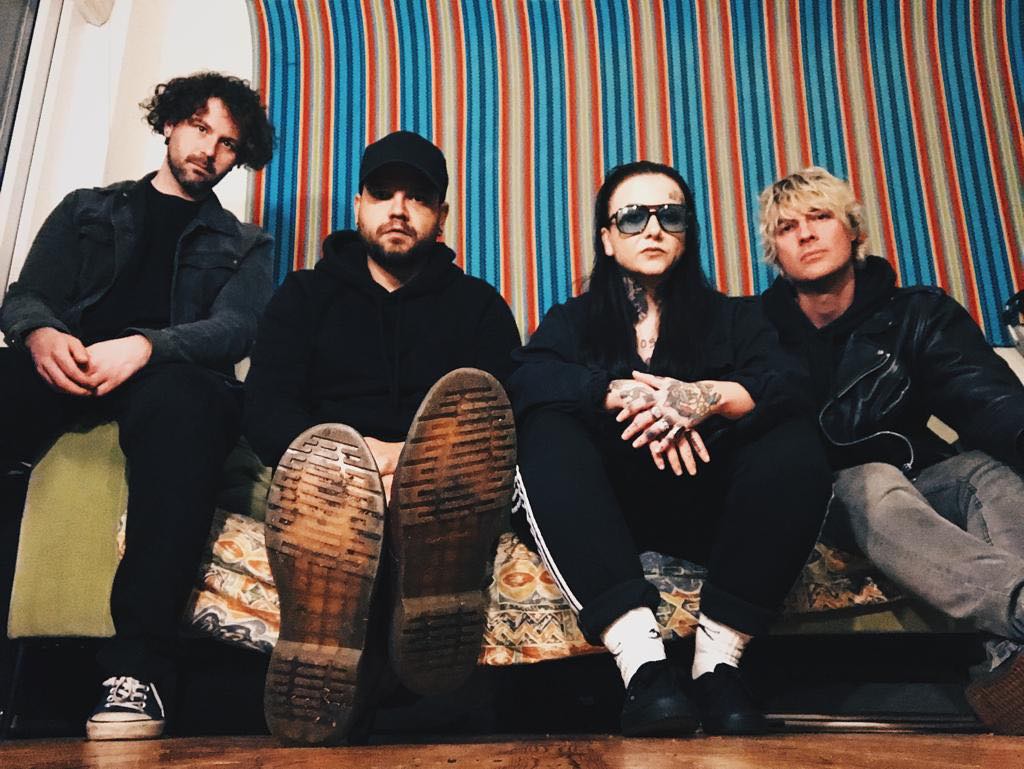