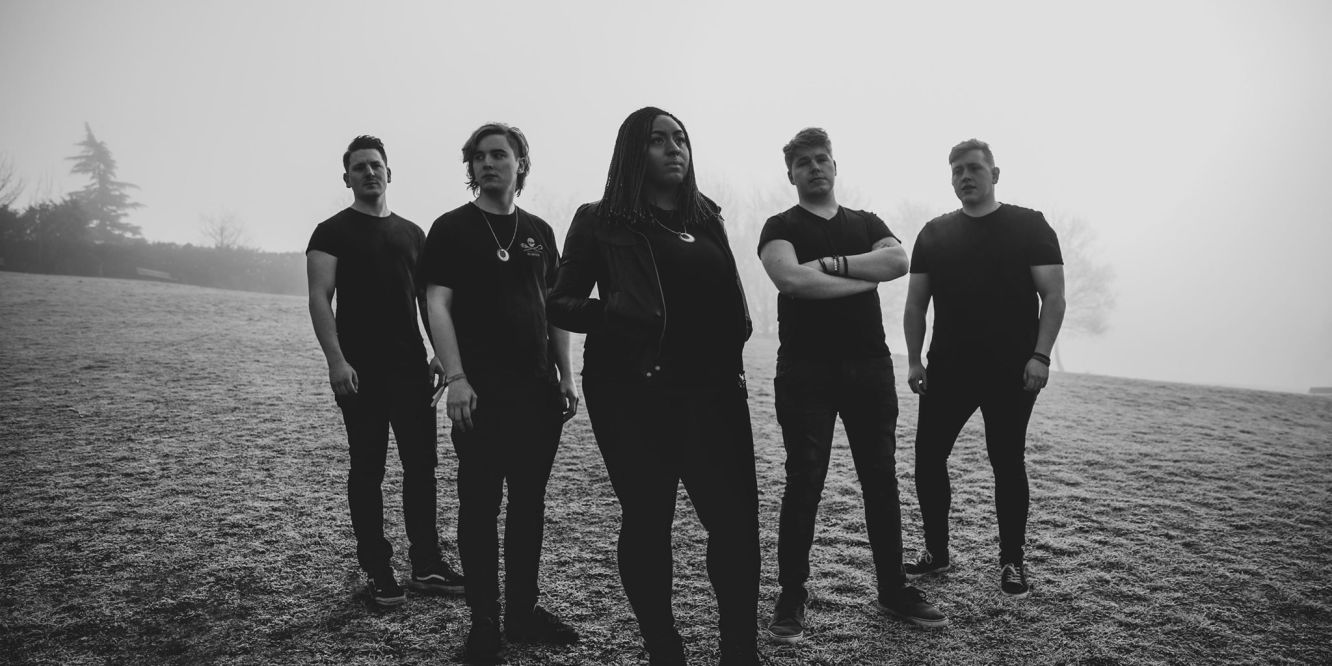 Hertfordshire metal band Defences today make a major statement of intent as they return with another exciting taster of their evolving sound.

The band recently added William Alex Young, the former Arcaeon frontman, to the mix, with his distinctive screams joining Cherry Duesbury on vocals. That gives Defences a new look and feel, with backup/screamed vocals having previously been provided by former bassists. As a result, Ian Harrington switches from guitar to bass, with Calum Wilmot taking on sole guitar responsibilities and Kyle Parke continuing on drums.

On William’s arrival, Calum explains: “William has been an amazing addition to the band. He’s an extremely good vocalist technically speaking and his musical adaptability has been a key part of our stylistic change. He’s slotted in well and is great on tour, while his clear musical voice has equally helped shape the new direction we’re displaying.”

Our first taste of the new-look Defences, following on from their debut album With Might And Main back in 2017, was the release of Shatter in March, which you can read more on here. Now they’re giving us another glimpse inside their evolving sound with today’s release of In Eclipse.

On the track, Calum tells us: “We’re hugely excited for this one to come out. If Shatter was the track that introduced Will as a vocalist, In Eclipse is the launching point for a brand new sound. It’s heavier yet softer while adding in some more experimental and soulful elements, a more personal and intimate vibe. We can guarantee you’ve never heard anything like this from us before.”

As Calum alludes to, In Eclipse is an intriguing track as it’s heavier yet more melodic at the same time – which is quite a strange concept to try and put into words!

It starts off with light synth sounds with distant distorted guitars coming in under Cherry’s light opening vocals. Heavier stabbing guitars take over alongside the continuing synth then drops out leaving the synth alone. But William cuts through the calm with heavy screams “Watching, waiting, Your silence is suffocating, But when I’m barely breathing, Your voice seems to help the healing” supported by more stabbing guitars.

Cherry’s lighter vocals take over and intensify as the big stabbing guitars with high-pitched “Calling out into the dark, I wish for you when all the lights go out, I know you’re here though I can’t see you.” It begins to increase in heaviness with booming low-tuned guitars and Cherry and William’s vocals answering each other in big choruses.

The second chorus drops into more floaty synth and Cherry’s light vocals then chugging guitars build up to a final blast of the chorus. Big booming guitars bring a superb track to a heavy ending. Give it a listen in the stream below:

In Eclipse offers a superb taster of what’s to come from the band. As Calum explains: “It’s definitely a new element that we’re adding into our music going forward. Broadly speaking I’d say we’re going in the heavy/melodic direction that you mentioned – but if anything, In Eclipse is a reflection of our writing process.

“We’ve made a concerted effort to try new things and not be content with resting on our laurels in the niche we carved out with the album. Returning fans will immediately recognize this as a progression of the basic elements of all our songs up to now, but it’s the biggest stylistic leap we’ve taken for sure.”

We can expect more music to back this music up shortly, as Calum tells us: “We’ve never felt as confident and creative as we are right now, and with the massive response Shatter has already had, we’re extremely motivated to keep testing waters and pushing boundaries.”

You can see Defences perform on the Discovery Stage at Marshall Live in Milton Keynes tomorrow (1 June). While they’re also supporting Cypher16 in London next Saturday (8 June), more info and tickets for that are here.

One Reply to “Single Review: Defences go on the offensive with ‘In Eclipse’”