The Cardiff and South Welsh valleys quartet of Darren Charles (vocals and guitars), Gavin Bushell (guitar), Dan Nelson (bass) and Tom Price (drums) first formed in 2009. They released an EP that caught the attention of the progressive rock community before five albums that they tell us got progressively heavier.

As Tom puts it: “We like to think of ourselves as a heavy rock/metal band with a strong sense of melody.”

And, as Tom tells us, that caught the attention of a more esteemed media source than ourselves: “Well, Metal Hammer described us as ‘one of the most idiosyncratic rock bands in the UK’. That should wet anyone’s appetite, we think!”

The result of this steady evolution in heaviness is their fantastic latest album Inescapable, which was released last year just weeks before the pandemic hit. As a result, the band are only now able to take the album on the road with a UK tour, which began last night.

The album starts in fine fashion with the gritty opening riff to first track Denigrate. A chugging riff takes over and drops into light instrumentals that continue under engaging vocals, which intensify in a lively chorus. A searing solo comes in over chugging guitars then another delicious solo takes over. It gives way to a cool tip-toeing bass, then a spinning high-pitched guitar builds up to an epic outro. Check it out in the video here:

That’s followed by the slower-starting Victim, which opens with delicate vocals and light instrumentals. A creeping guitar riff comes in and continues in a slightly heavier second verse. The vocals intensify along with a cool riff and develops into a big singalong chorus before a cool sweeping guitar solo that suddenly increases in pace with a stabbing guitar support before a big final chorus.

The band used lockdown as an opportunity to get music videos live on YouTube, which kind of gives us a chance to see them in actin. One of which is the album’s third track Relief and you can check that out here:

The album is packed with proggy, rocky goodness, including the superb Numb and angsty Change, as well as another lockdown video release for the album’s penultimate track Time.

The band draws on a wide range of musical influences and genres, including the likes of Frank Zappa, Meshuggah, Rufus Wainwright, System of a Down, John Mayer and Rush.

And on what inspires them to write music, Tom tells us: “Riffs and melody have always been the driving force behind composition. The lyrics come last and are always influenced by the music and melodies written. However, the lyrical content of Inescapable was of a more personal nature and specifically dealt with Darran’s (Charles, singer and guitarist) struggle with his personal demons.”

As mentioned above, the band are now finally out on tour to bring their new music to our ears. The tour began last night in Cardiff, before they play tonight (Friday, 10 September) at Gullivers in Manchester then The Black Heart in London tomorrow night (11 September), which will be alongside our former New Band of the Week LestWeForget.

As Tom explains on this year’s plans: “Just to try and play live as much as humanly possible! We released our latest album literally four weeks before the entire world went into lockdown, and subsequently cancelled two tours. So this September tour is ‘third time lucky’ for us! We definitely feel that we have unfinished business and cannot wait to play songs from Inescapable.”

We firmly recommend giving Godsticks’ latest album, and their excellent back catalogue of heavy progressive rock, a listen. And, if you happen to be in Manchester or London tonight or tomorrow, don’t miss the opportunity to see these guys live. From experience of going to The Black Heart many times, I’m sure they will be absolutely superb in that venue! 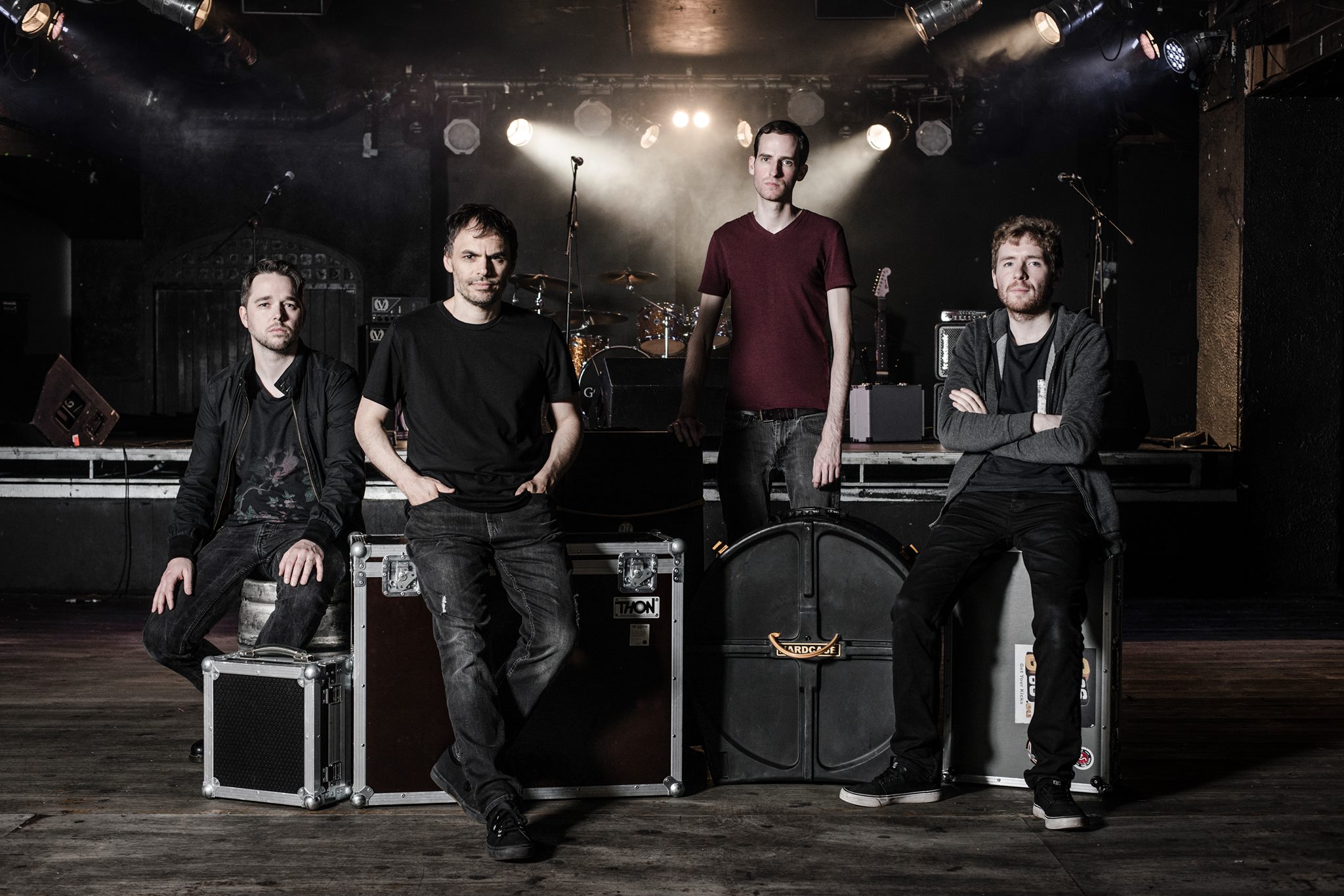